Who Killed Vann Yates? It Has Been Almost 5 Years Since He was Shot in His Backyard, Still No Arrests

Investigators say Vann Yates was shot and killed while working in his backyard on January 21, 2015. There's now a $19,000 reward in the case. 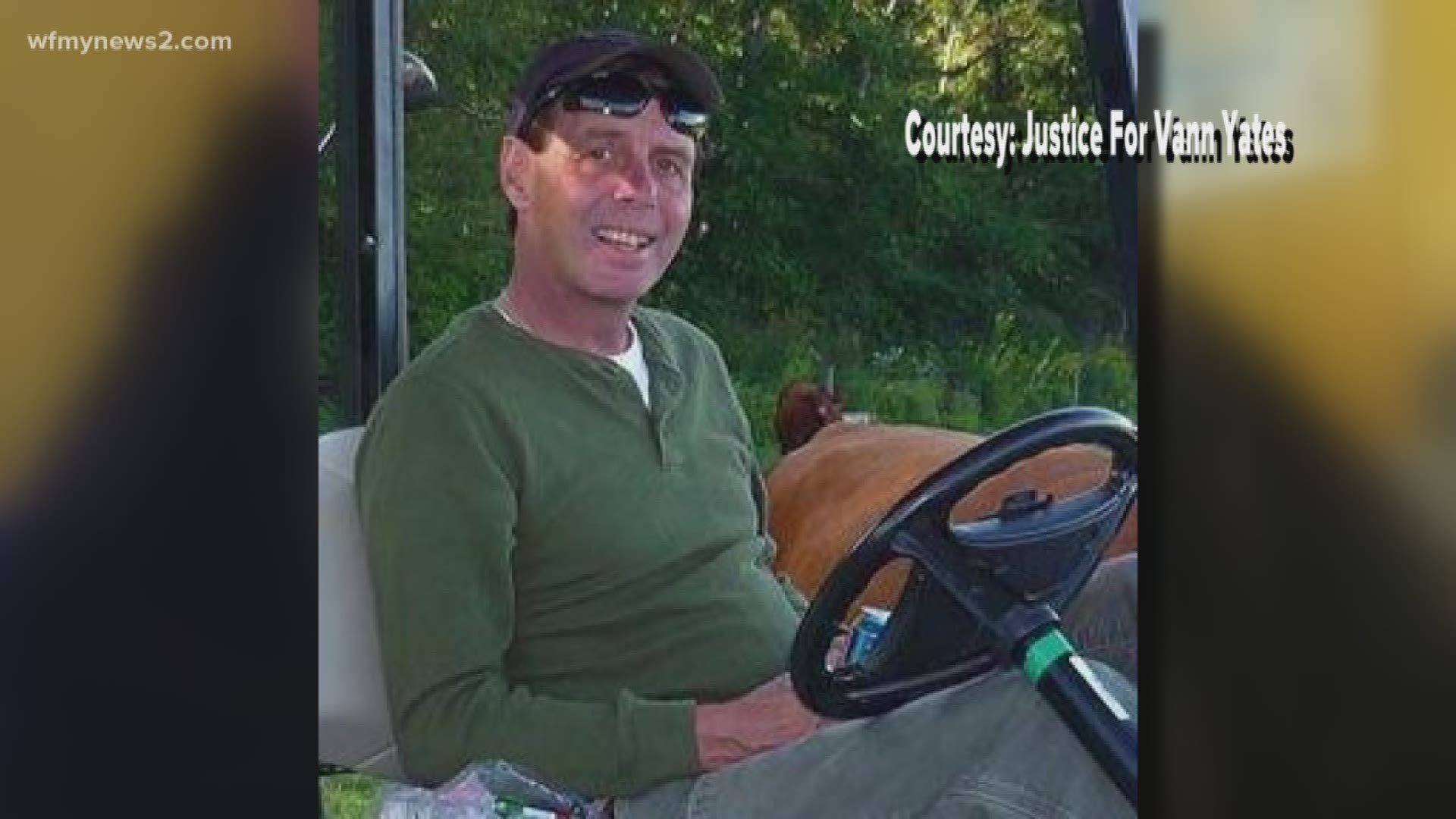 GUILFORD COUNTY, N.C. — It's been nearly five years, and still no arrests in the murder of a Guilford County man.  With the help of Crimestoppers, Guilford County Sheriff's Office investigators are making a renewed push and public appeal for tips to identify the men responsible for killing Vann Yates in 2015. The reward money now totals $19,000.

Vann Yates, 57, was working in his backyard with a landscaper on the 1600 block of Fairfield Street in High Point on January 21, 2015, which was a Wednesday afternoon.

Police said two men came over to Yates and asked to buy some lawn equipment. Detectives say that's when the suspects tried to rob Yates. They say Yates was shot in the chest, and the suspects ran away.

RELATED: Family and friends are remembering the Guilford County man who was killed in an attempted robbery

Deputies used an airplane and K9 units to search the surrounding area for the suspects, but never found them.

Investigators released composite sketches of the men they believe are Yates' killers.

Investigators believe that before killing Yates, the men in the sketches robbed two other people on January 20, 2015, on Prospect Street and Springfield Road. The witnesses in that incident told police the suspects were two young men who were armed with handguns.

Remembering Vann Yates: "He Will Always Be in My Heart"

Suspect #1 is described as a b/m; 5'06"-5'08"; medium build; dark complexion; early to mid-thirties; wearing a gray hooded sweatshirt; black pants and black shoes. This subject has a scar under his right eye and possibly a slight African or Jamaican accent.

Investigators say there is a $17,007 Reward, plus up to $2,000 from Crime Stoppers for information that could lead to the arrest of the suspects.

If you have any information, please contact Crime Stoppers at 336-373-1000. You can also download the mobile P3tips app to submit a mobile tip, or go to P3tips.org to submit a web tip. All tips are anonymous.