NC ranks among worst in the nation for teacher pay, according to report

The report found North Carolina as a whole has the fourth-largest teacher pay gap in the nation. 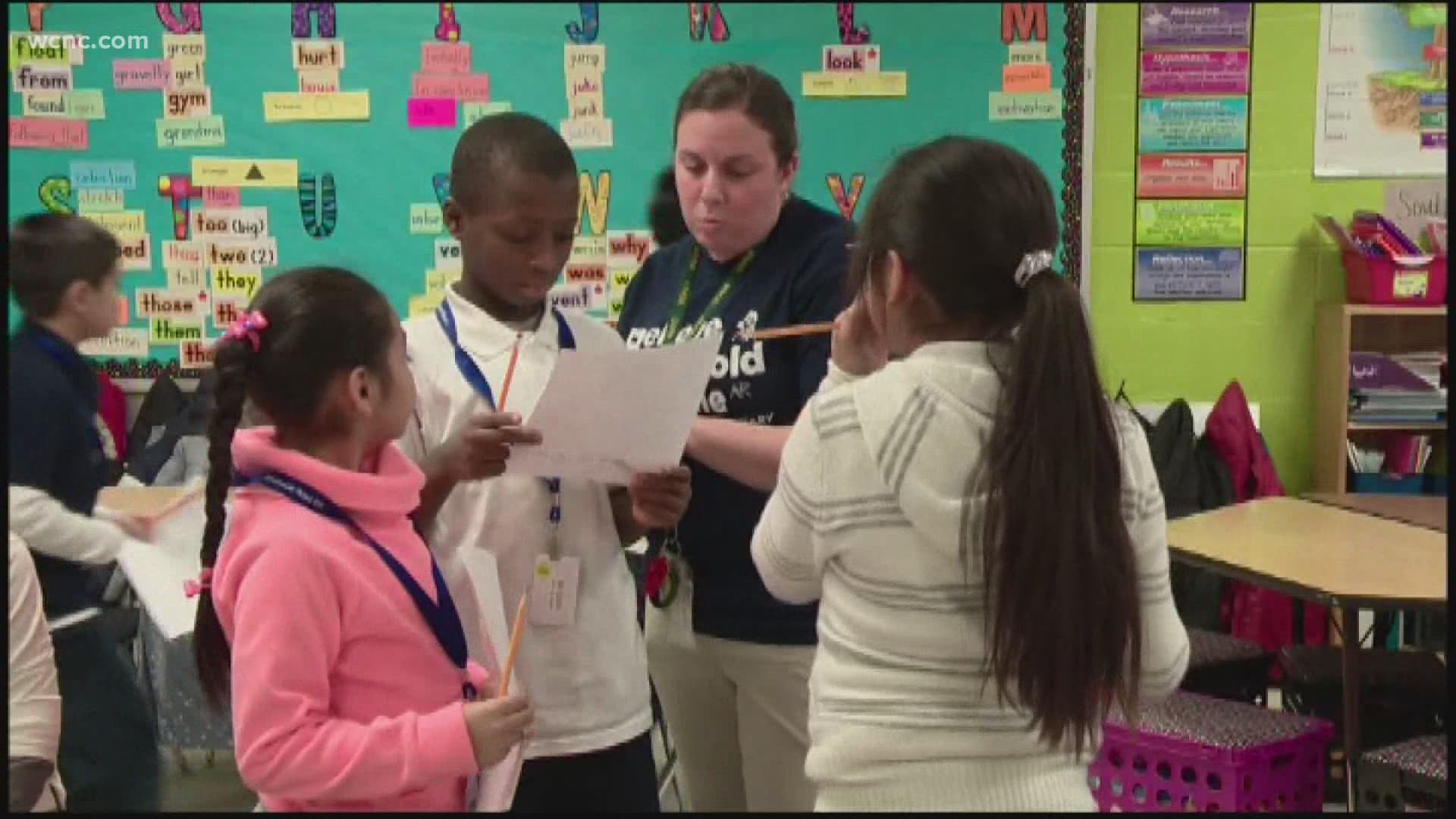 CHARLOTTE, N.C. — A new teacher pay report found Charlotte has the 6th largest teacher pay gap in the country, with K-12 educators in the Queen City making 31percent less on average than other full-time workers with bachelor’s degrees.

The report found North Carolina as a whole has the fourth-largest teacher pay gap in the nation.

This week Governor Roy Cooper said now more than ever is the time to address teacher pay.

"In the wake of COVID-19 perhaps nothing has changed as much as our schools," Cooper said. "We cannot continue leaving teachers behind and expect them to lead the way for our children.”

A new report by consumer advocacy site Smartest Dollar compared median teacher salaries by state to the average salaries of other full-time workers with bachelor degrees.

It found in North Carolina, the average salary for teachers is about $46,000 a year, 23 percent less than the average for other workers in the state ($60,000 dollars a year).

In Charlotte specifically, the pay gap is even higher, with teachers making 31 percent less.

On Wednesday Governor Cooper proposed money for teachers to be included in this year's state budget.

“Except for some who got step increases, educators were left out of this years’ budget when it came to raises," Cooper said. "I propose a $2,000 bonus for principals and teachers and a $1,000 bonus for school support staff."

Cooper saying that with all the financial priorities in this pandemic, teachers should not be forgotten.

“Through ordinary and extraordinary times we ask a lot of our educators," he said. "We trust them to help grow the leaders of tomorrow. Lets put our money where our trust is.”

State lawmakers return to Raleigh Wednesday, September 2, and are expected to consider the Governor's proposals.