The new policy will only allow clear bags at school events, but officials say it's not in response to the recent Mount Tabor High School shooting. 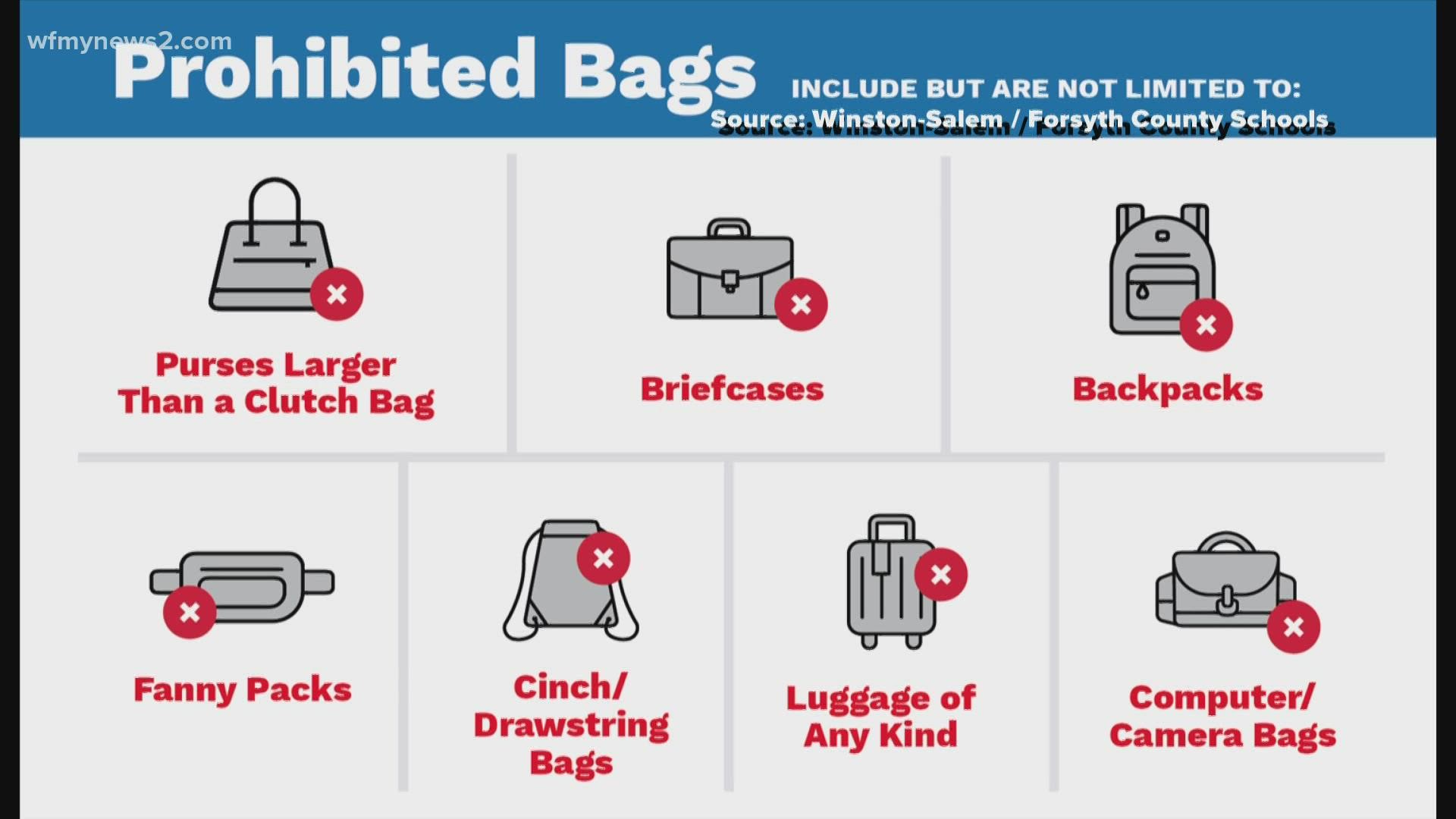 “People are going to think twice about what they put in that bag," said John Sullivan, the athletic director for WS/FCS. "If we’re not having large bookbags and stuff, it provides a safer egress and exit for our fans. There’s a lot in this protocol that’s going to benefit us in the long run.”

School officials said the change has been in the works for a while, but the pandemic forced them to hold off on implementation.

“The reason why we’re doing this is so that our athletes, our students our spectators can feel safe and pay attention to what they’re there for," said Jonathan Wilson, the executive director of safety, security, and emergency management for WS/FCS. "They’re there to see their student-athletes, to perform, they’re there to have a good time and it’s a time we shouldn’t have to worry about safety and security.”

Wilson and Sullivan said they hope this will bring some peace of mind and provides a good experience for students and event attendees.

“We’re dealing with human behavior and when you put people who are passionate about their team, then you have people get elevated emotions so on any given Friday night, or when you have a crowd gathered together, then you have things that could happen," said Wilson.

Sullivan said it could also have a positive effect on sporting events.

"The atmosphere has been pretty good this year, coming off of COVID, people are excited to be coming back to the stadium and be part of high school football and other events that we have," said Sullivan. "I think it will make it better, make it safer, it will hopefully attract more people to our events.”

WS/FCS officials are trying to keep up with protocols at the college and professional levels, in terms of stadium safety.

“I just think it was a matter of time," said Sullivan, "and I think we need to be on the forefront of things and make decisions that benefit us.”

The school district is also planning to bring in a national security consultant to look at security protocols across the whole district.