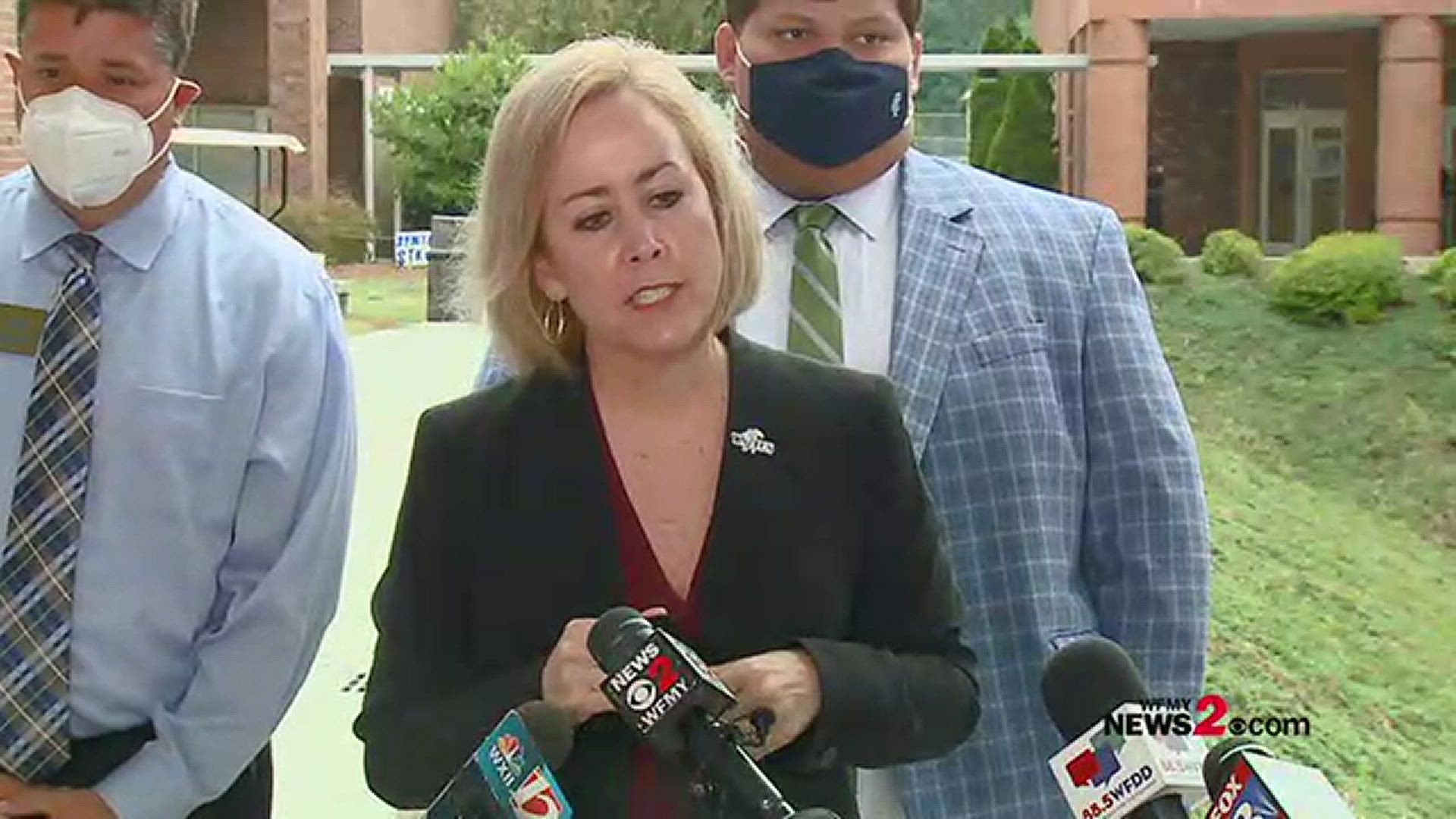 NORTH CAROLINA, USA — Safety in the classroom has always been a priority, but it's at the forefront now after the Mount Tabor High School shooting last week.

Superintendent Tricia McManus spoke during a news conference Wednesday morning and addressed the topic, one week after the shooting.

"Those are discussions right now about what that could look like. Our number one goal is to keep our students safe," she said, "The ongoing measures of relationship building and of restorative practices and then also at the same time security measures."

McManus said the district will be in conversations in the next few weeks with the board of education and law enforcement.

"Also talking to students. Students and families have to have a voice in what does security look like?" she said.

Parents have started sharing thoughts on security in school, some saying metal detectors are a little extreme, while others would like to see more resources like counseling available to children.

"We need to make sure that we have more nurses in the schools getting more psychologists in the school, more social workers," she said.

"Making sure that we have counselors, not only academic counselors but we really have got to add that mental health component and ensuring that when we have people that are properly part of the staff that can properly assist in situations like that and so all of that has to be a part of this conversation and unfortunately it takes something as tragic as a loss of life for us to begin to have those conversations," said Baker.

Having those resources in schools, while also addressing issues in the community, is paramount, according to Baker.

North Carolina Representative Pricey Harrison (D-Guilford County) said safety in schools has been something the general assembly has been talking about for some time.

"It started right after the Parkland shooting. It gets more attention. Last week's situation was pretty horrific," said Harrison.

The General Assembly is still working through this year's budget and said there is funding being looked at for school safety.

"The budget now that we're considering will have funding in there, assuming that the house and senate will agree to it, will have sustained funding in there for school safety and it's up to the superintendent of public instruction to administer the grants but it’s a decent amount of money and I think that will help a lot," said Harrison.

Harrison said that money could cover a number of things from hiring more SROs to putting more money into safety infrastructure.

Harrison said the hope is that this pot of money would not impact other areas of the budget for public schools.

"We have had a substantial surplus of funds because of the way the budget has worked out for the past couple of years," she said, "I think this is money that would be in addition to teacher raises, and by the way, they haven’t had a raise in a while so that’s really important and investing in things like TAs and that sort of thing. The classroom underfunding that we’ve experienced in the last couple of years, I think we're trying to fix that in this budget. This would be separate money from school safety."

Harrison said resources and other opportunities also factor in keeping kids safe in the classroom.