Conceived At The Same Time, But Born Years Apart 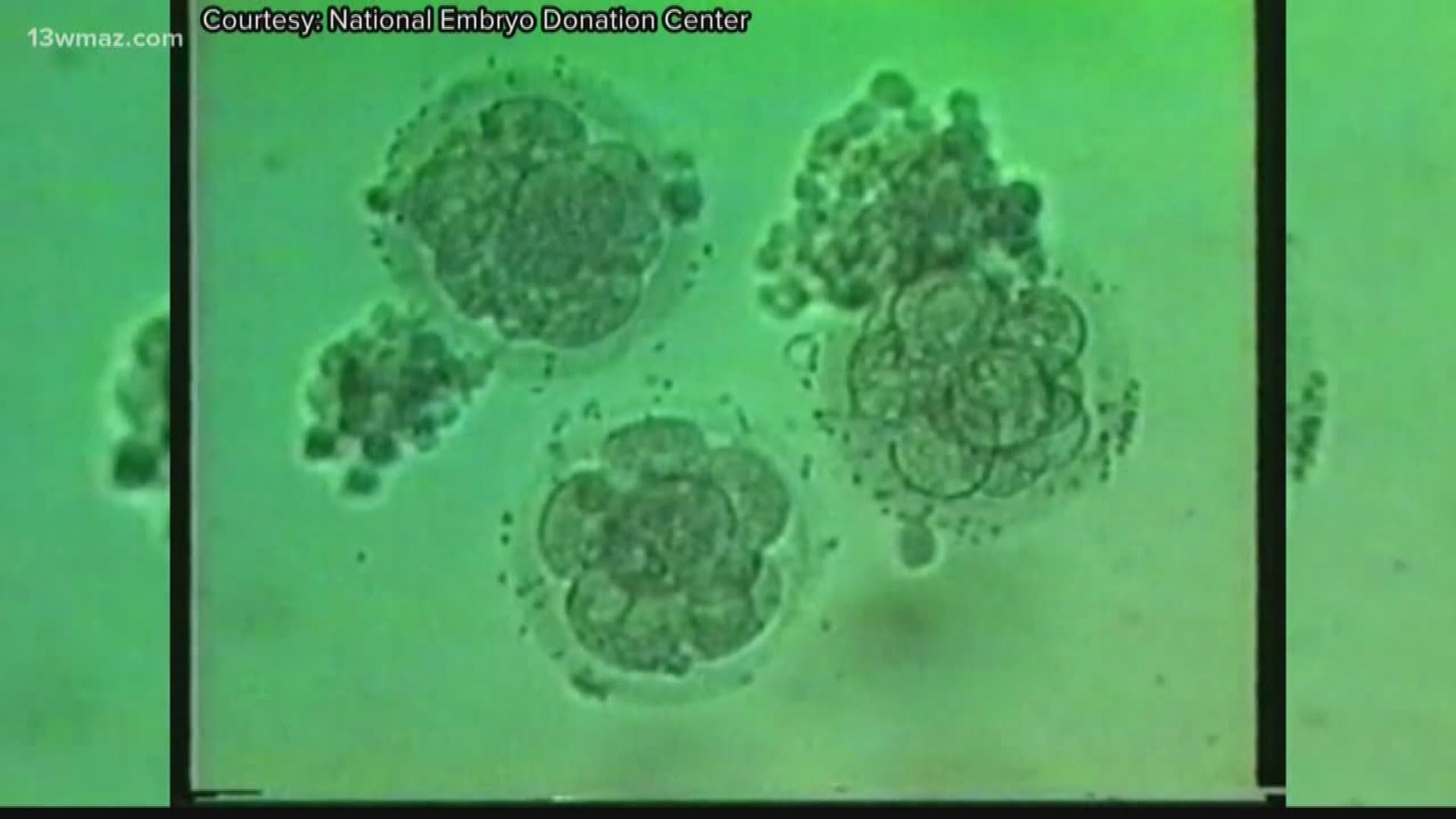 DUBLIN, GA — A type of adoption is gaining popularity across the country for couples struggling to conceive.

More couples are now considering embryo donation and adoption to help complete their families, including a Dublin couple.

When Megan and Freeman Shepard got married 15 years ago, they didn't realize they'd be dealing with male infertility when they wanted to start their family.

"You know... to not be able to give my wife a family, it's a big deal, and it took a lot of time to work through it," Freeman said.

Dr. Sujatha Reddy, an Atlanta gynecologist, sees a lot of couples like the Shepards.

"Very often we focus on the woman, but in reality, male Infertility is common and responsible for just as much infertility as female infertility," Reddy said.

To hear more from Dr. Reddy that we couldn't fit on-air, watch the video below:

The Shepards considered traditional options like adoption and foster care, but Megan said she wanted the experience of having a baby.

She said she was reading a magazine and came across an ad for embryo adoption.

"I immediately thought -- this is our answer," Megan said.

Dr. Keenan has worked with in vitro fertilization, or IVF, for years. He said during IVF, doctors would create several embryos to give couples the best chance of conceiving, but he said oftentimes most of them didn't get used. However, he says medicine is better now, and couples don't need to create as many embryos. But, the process hasn't changed much.

"To me these embryos are certainly life, and it's not valid to research on them, dispose of them, or keep them frozen indefinitely," Keenan said.

It was his beliefs that spurred his creation of the NEDC 15 years ago. He says since creation they have transferred 1500 embryos and will be celebrating their 800th birth this year. They now work with several clinics around the country who offer embryo donation.

The Shepards started their process with the NEDC in 2010. They interviewed, picked a donor family, and went through rounds of hormone injections to get Megan's body ready to carry a baby. At the end of the process, they had seven embryos that were created in 2001 from the same donor family.

"They were frozen," Megan said. "Sophie was for 9 years, so Ruby [was] 16 years I think by the time we transferred."

Sophie will be celebrating her 7th birthday soon while Ruby is almost three-months-old.

"It's really wild to me to think that they were created at the same time," Megan said.

The Shepards say they have met their donor family, who lives in Minnesota. The family has twin 16-year-olds. There's also another child from the same embryo family who lives in Tennessee.

"Close to a 50/50 chance with any given transfer a couple will end up with a child," Keenan said.

The Shepards encourage couples to explore all options with an open mind but say they're happy they chose embryo adoption.

"How heartbroken, and how discouraged to find out the news about our infertility, but then to have watched it all unfold the way that it has... We couldn't have planned it any better," Megan said.