North Carolina has seen a consistent drop in hospitalizations over the last week, but ICU Doctor Ashish Khanna said the battle isn't over yet. 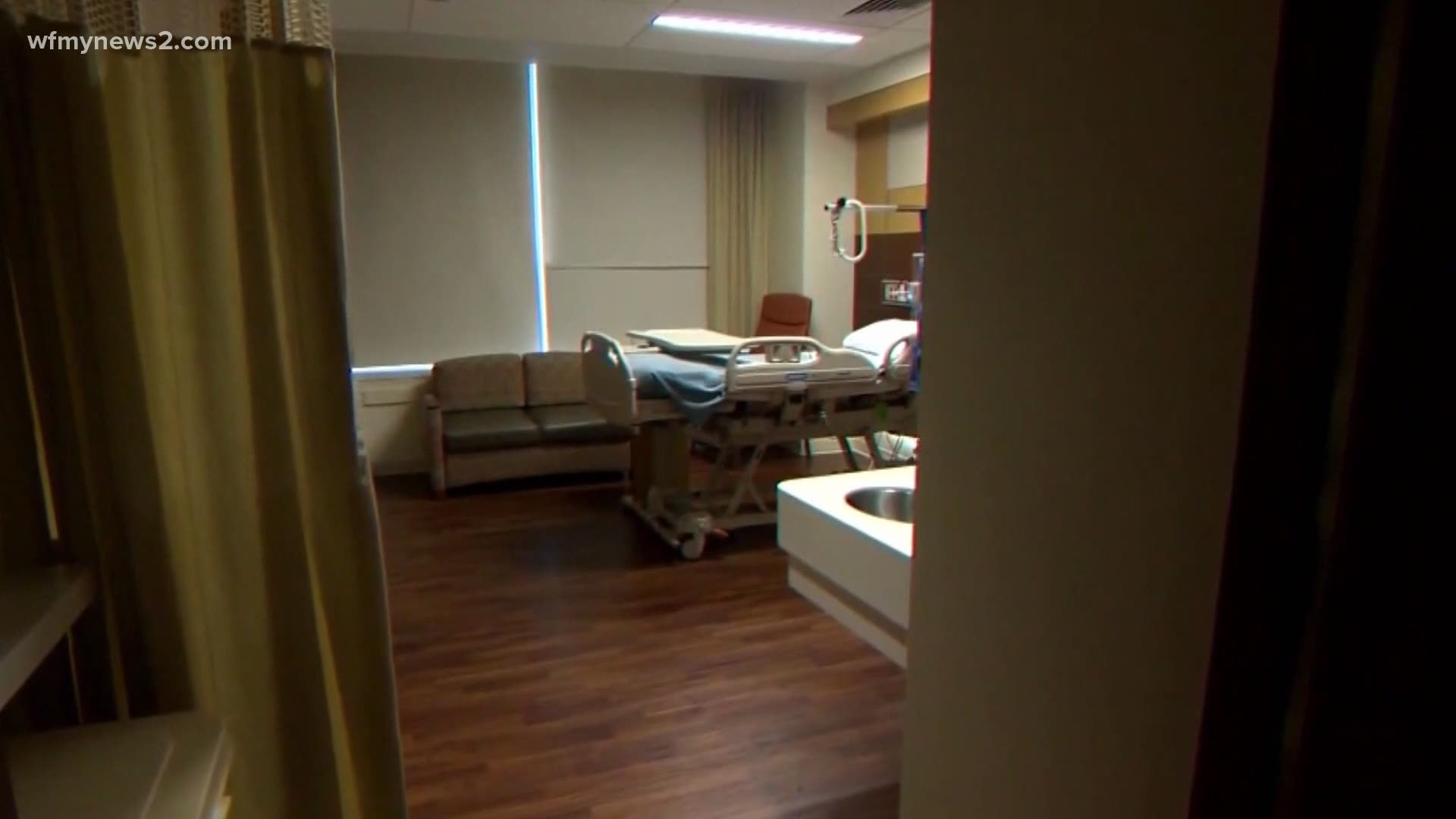 WINSTON-SALEM, N.C. — There is cautious optimism over improving coronavirus data among Triad doctors.

"People still come in and they're still really sick and they still need mechanical ventilation and their outcomes are uniformly poor," said Khanna.

The inside of an ICU serves as a stark reminder of the reality of COVID-19 for doctors like Khanna.

"I am hearing things like, 'Doctor, do you think I'm going to die?' People have asked me that question again and again," he said.

Khanna said even though state data is improving, the patients that come into the hospital with COVID-19 are still severely ill, and we're not in the clear just yet.

"Three weeks ago, things were really out of control. Three weeks ago we were in a situation that I could not possibly keep up with the number of patients that were coming into the ICU and dying, it was that bad," said Khanna, "Now, relatively speaking, we feel a sense of relief, that again doesn't mean that COVID-19 has disappeared from our hospitals."

RELATED: 2 Your Well-Being: COVID-19 vaccine and the African American community

Khanna said it's likely too early that the vaccine is having any impact on the decline in trends we're seeing.

"I’m not convinced it’s the vaccination right now because remember, vaccines have essentially gone out to physicians, primary care, responders, first-line responders, they haven’t really gone out to the general public," said Khanna, "What we're seeing right now is probably a combination of the fact that the surge we saw secondary to the holidays is sort of going away and that’s great. I think we saw a really really bad surge."

Khanna said it's important to stay on top of wearing your mask, keeping your distance, and washing your hands, whether your young, old, healthy, or not.

"Time and time again I come home, I talk to my family and I tell them these many stories of people like you and me. People who are walking talking, you see on the street and you say, 'Wow, that looks like a fairly healthy person,' I have seen people like that come into our ICU, and two weeks later they are dead. That gives me a sense of helplessness, a sense of respect for the disease, and a sense of fear."

RELATED: Where to receive your coronavirus vaccine: County-by-county list for the Piedmont Triad

Khanna said with declining numbers comes the opportunity to take hold of the virus and stop it from spreading.

"To do what we possibly did not do last year and really to discipline ourselves," said Khanna, "The vaccine is rolling out to the general public so I very strongly feel a combination of discipline, social distancing, mask-wearing, and vaccination is going to get us there."

It's advice we've heard so much over the last year, by the same doctors who've seen the same scenario play out in ICUs, hoping this COVID-19 chapter will have a different ending.