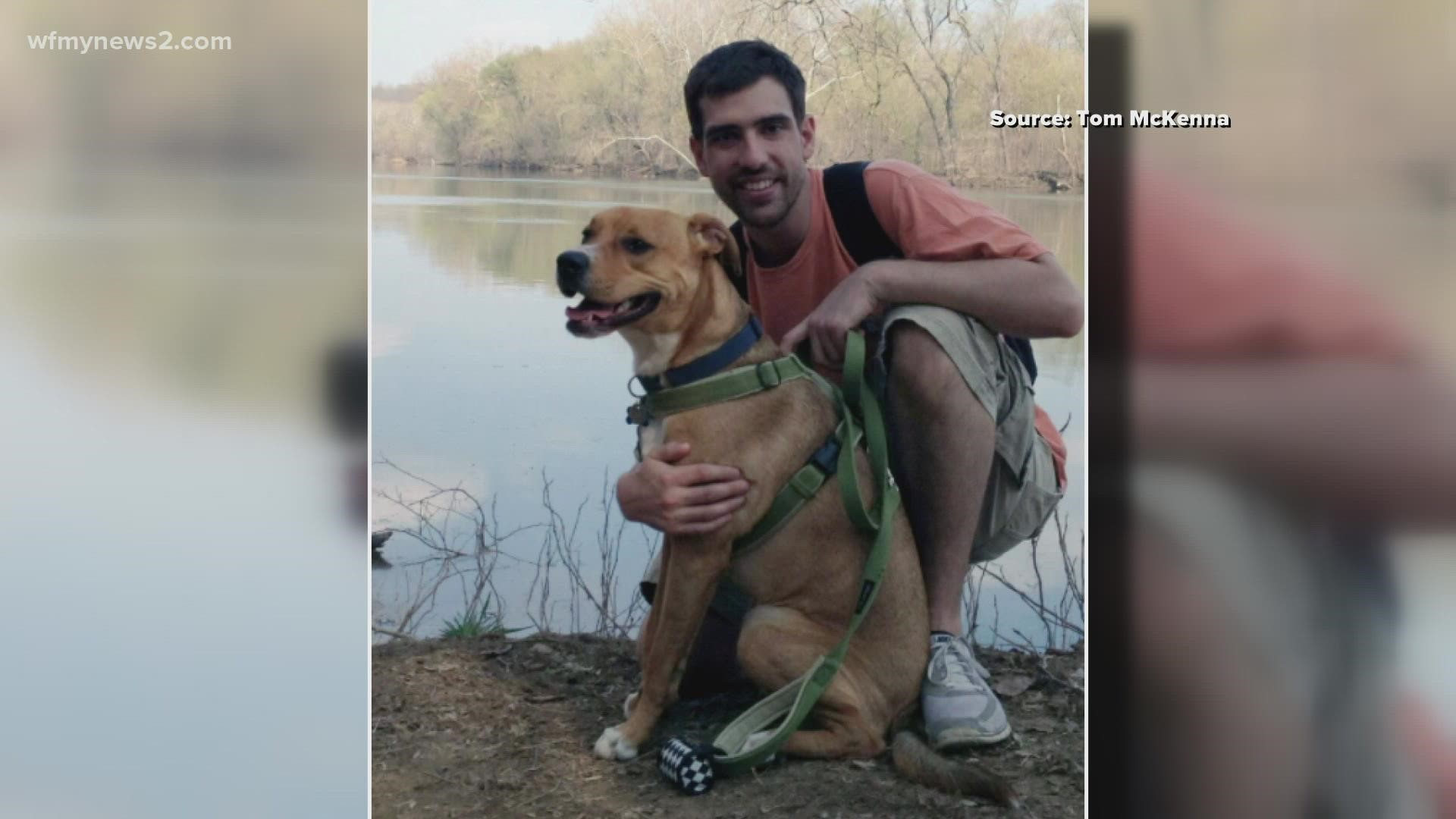 GREENSBORO, N.C. — Reports show suicide is the tenth leading cause of death in the United States.

Throughout the pandemic, more people are talking about the importance of mental health awareness.

A North Carolina father is sharing his son’s battle with mental health and the resources available.

Those who knew Shea McKenna of Greensboro remember him as an incredible mind.

“He was really an intellectual, he loved to read,” Father Tom McKenna said.

Shea was an athlete and a lawyer.

Shea’s bright future was cut short in June of 2014, just a few weeks shy of his 28th Birthday.

“He was struck by a vehicle on Bryan Boulevard,” McKenna explained.

“Just in a very short time made a horrible decision. We don’t feel it was fated to be that way.”

McKenna said his son struggled for many years with substance abuse and his mental health before deciding to take his own life.

“We talked about stigma, as I mentioned Shea was one of the freest thinkers that any of us would have known, but he struggled with a stigma of a mental health challenge,” McKenna said.

WFMY’s Lauren Coleman asked McKenna how he felt to know his child was struggling with something.

“At the time we just didn’t understand enough and at the time quite frankly we were a little overwhelmed by the feeling of helplessness,” McKenna said.

“You don’t have to have a diagnosis of mental illness to be able to benefit,” Shelton explained.

“There is a wide range of classes and programs we offer people to cope with stress and anxiety.”

The first Shea’s Chase was held in November of 2015.

“One of the things that we’re trying to do with Shea’s Chase and with our work with Mental Health Greensboro is to let folks know that there are many folks going through the same things out there, and there are resources,” McKenna said.

“Going it alone is too great a challenge for any one of us.”

The race will be held on November 6 at Revolution Mill in Greensboro.