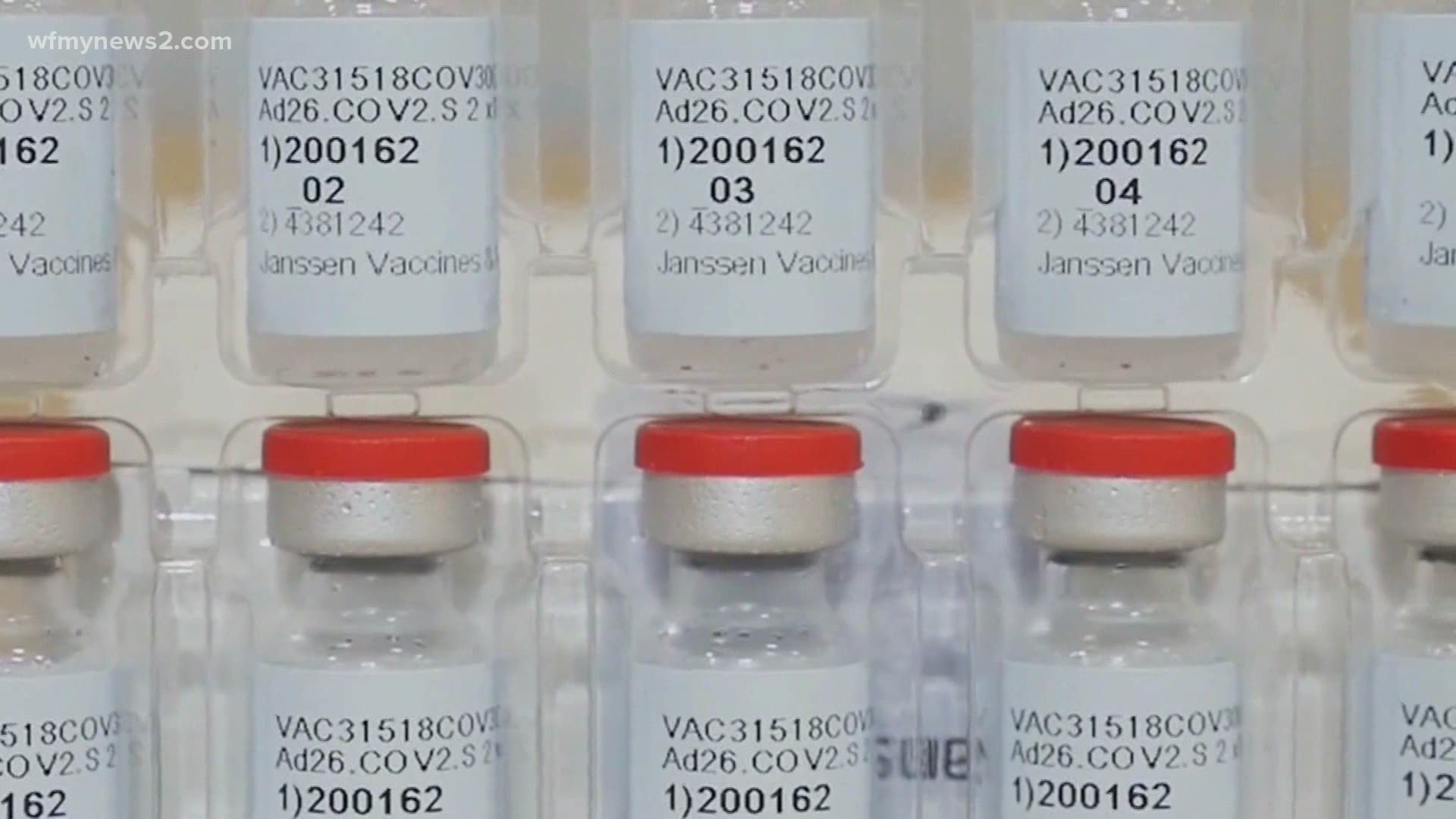 RALEIGH, N.C. — UNC Health stopped giving the Johnson & Johnson shot Thursday after a small number of recipients had 'adverse reactions to the shot.'

The three clinics in North Carolina stopped giving out the single-dose shot out of an abundance of caution, UNC Health officials said. Some clinics in Georgia, Iowa, and Colorado are also temporarily halting Johnson & Johnson vaccines after similar reports of adverse reactions to the shot.

In North Carolina, the cases were concentrated in Wake County. UNC Health stopped its clinic in Wake County early after four people had adverse reactions during the 15-minute window where they are monitored after injection. Some required treatment at the hospital. For perspective, those four cases were out of 2,300 shots administered.

There was a similar issue at two UNC Health clinics where a few people felt light-headed or fainted. No one went to the hospital following that clinic. UNC Health still paused the vaccine clinic for the day.

In the past two days, UNC Health gave 2,200 Johnson and Johnson vaccines at clinics in Chapel Hill and Hillsborough.

"We will work closely with our partners, including Wake County and the State of North Carolina, to share any new information. Our patients’ safety and health is our top priority," Alan Wolf, UNC Health representative, said.

In an interview on CBS This Morning, health experts stressed despite these reactions, the vaccine is safe.

Here's some more perspective on the single-dose shot in North Carolina.

In Friday's update from the state, over 166,000 Johnson and Johnson shots have been given out in North Carolina. That's 42% of more than 315,000 doses that have arrived.

Forsyth County is currently booking appointments for Johnson and Johnson shots at both the Winston-Salem Fairgrounds and Hanes Mall locations. Slots are open this weekend and early next week.

If you prefer a two-shot vaccine, the Guilford County Health Department has availability at all three of its vaccine locations. You can book online at www.healthyguilford.com.

Many clinics across the state have opened their doors to walk-in appointments so they don't waste doses due to a lack of scheduled appointments.