'It Was Like A Time Capsule' | The Historic Julian Price House Is Restored, Revamped, And Now, A Rental

After taking on the daunting task of restoring the historic Fisher Park mansion, owners Michael and Eric Fuko-Rizzo decided the best way to keep its legacy alive - was to share 'Hillside' with everyone. 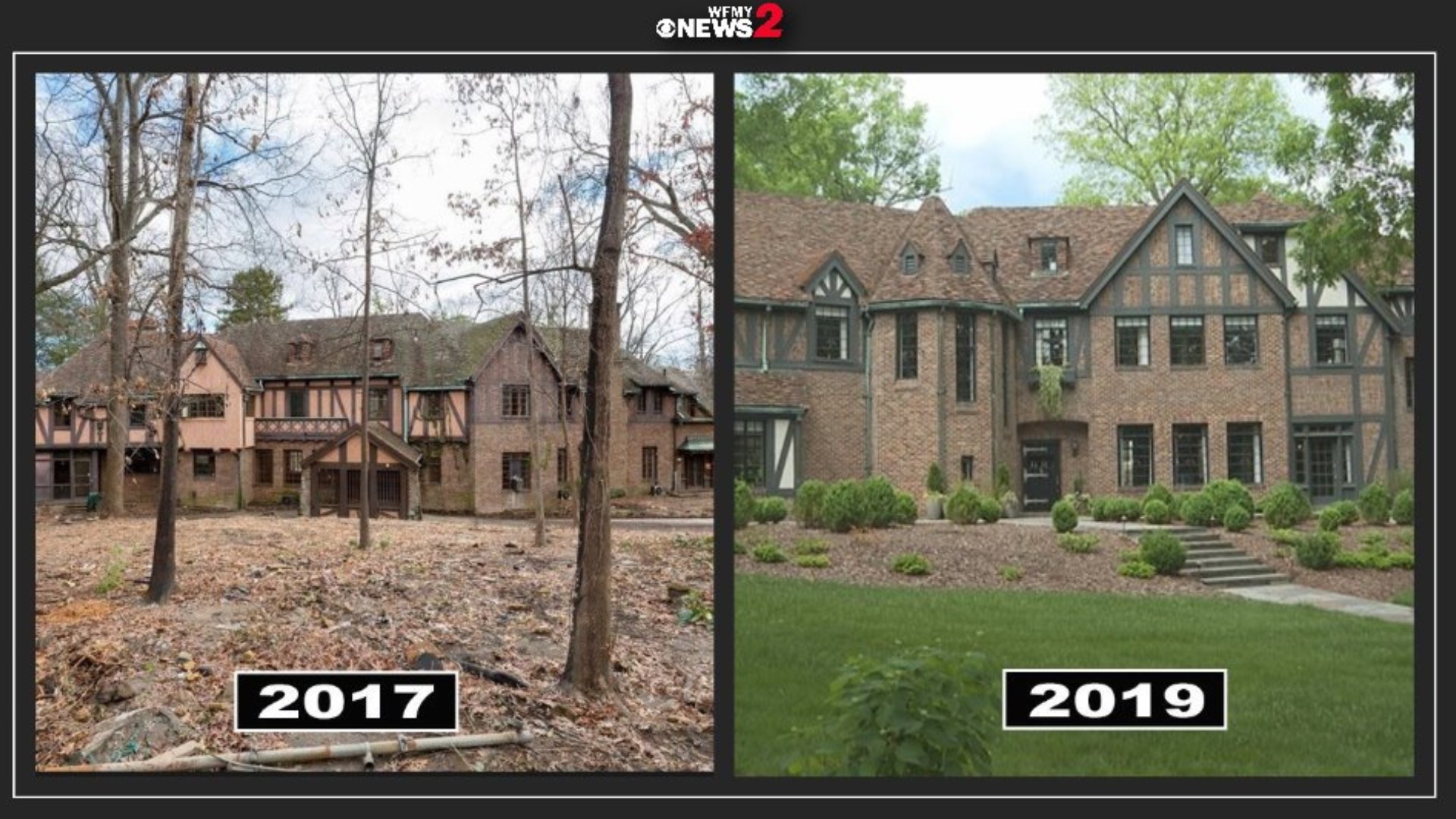 GREENSBORO, N.C. — For years, the historic Julian Price House in Fisher Park was a mystery - hidden behind overgrowth and weeds. Some neighbors who passed by, didn't even know a home was there at all.

The house, named 'Hillside,' was built for Julian Price back in 1929. Price was the head of Jefferson Standard Life Insurance at the time, what is now Lincoln Financial. 'Hillside' was built to commercial standards - incredibly well built, with only the best materials.

Fast-forward several decades. The owner was an interior designer, but over many years, piles and piles of stuff grew inside the enormous home, while trees and weeds overtook the yard.

"The curiosity just got the best of me," said Michael Fuko-Rizzo, the current owner.

For a while, Michael and Eric Fuko-Rizzo were fascinated by the house. Then one day, they had a unique opportunity to buy it from the bank. The house was foreclosed, but the previous owner was still staying on the property, and didn't plan to leave.

"I figured out the story of the person who was here… And then I kind of started thinking, how would someone even attempt to undo what has been done?" Michael said.

The Fuko-Rizzos called the A&E television show Hoarders to help with the hoarding situation.

After the episode, a two and a half years restoration got underway. The couple discovered, much of the space was unintentionally preserved by the former owner.

"It looks like a two-story from the outside. So you just start trying to get your head around how big this house is," said Michael.

In 2018, 'Hillside" became a show-house, and after several tours and private gatherings, Michael says there was still a lot of interest in the home.

"A lot of people still kept asking, can I come there? Do you still have tours? Can I sleep there? Can I get married there? Can I have an event there? All these different questions kept coming so and we were just processing what to do at the house," he explained.

After some careful planning, the Fuko-Rizzos decided to make the home a rental. Interested parties can rent the entire house, half of the home, or even, one of the rooms.

"We're sort of doing a B&B, bed-and-breakfast," Michael said, "We're in the process of getting a permit that allows us to comply with some city ordinances."

Fisher Park neighbors tell me, they have mixed feelings about the house - they're worried large groups will generate too much noise and traffic. But, the neighborhood's 'Hillside' committee is backing the Fuko-Rizzos on their request for the specialty permit, as long as everyone benefits.

The Fuko-Rizzos hope each visitor is able to unwind, and take a step back in time during their stay.

"If you think of technology and how people live today.. it’s hectic. It’s chaotic," Michael said, "So, this is just a step back in time. Whether it’s a day or week does that for people to just come and see what was it like to live in 1929, in a huge manor house, with all of these rooms and nooks and crannies and hallways, and just experience it!"

If you're interested in renting - click this link to head over to the their website. You can also find the Julian Price House listed on the vacation rental websites AirBNB and Vrbo.

1 / 12
Lynn Donovan
Before the renovation.