Billboards, banners, and merchandise to "save the speedway:" Locals are expressing their excitement about reviving the historic racetrack. 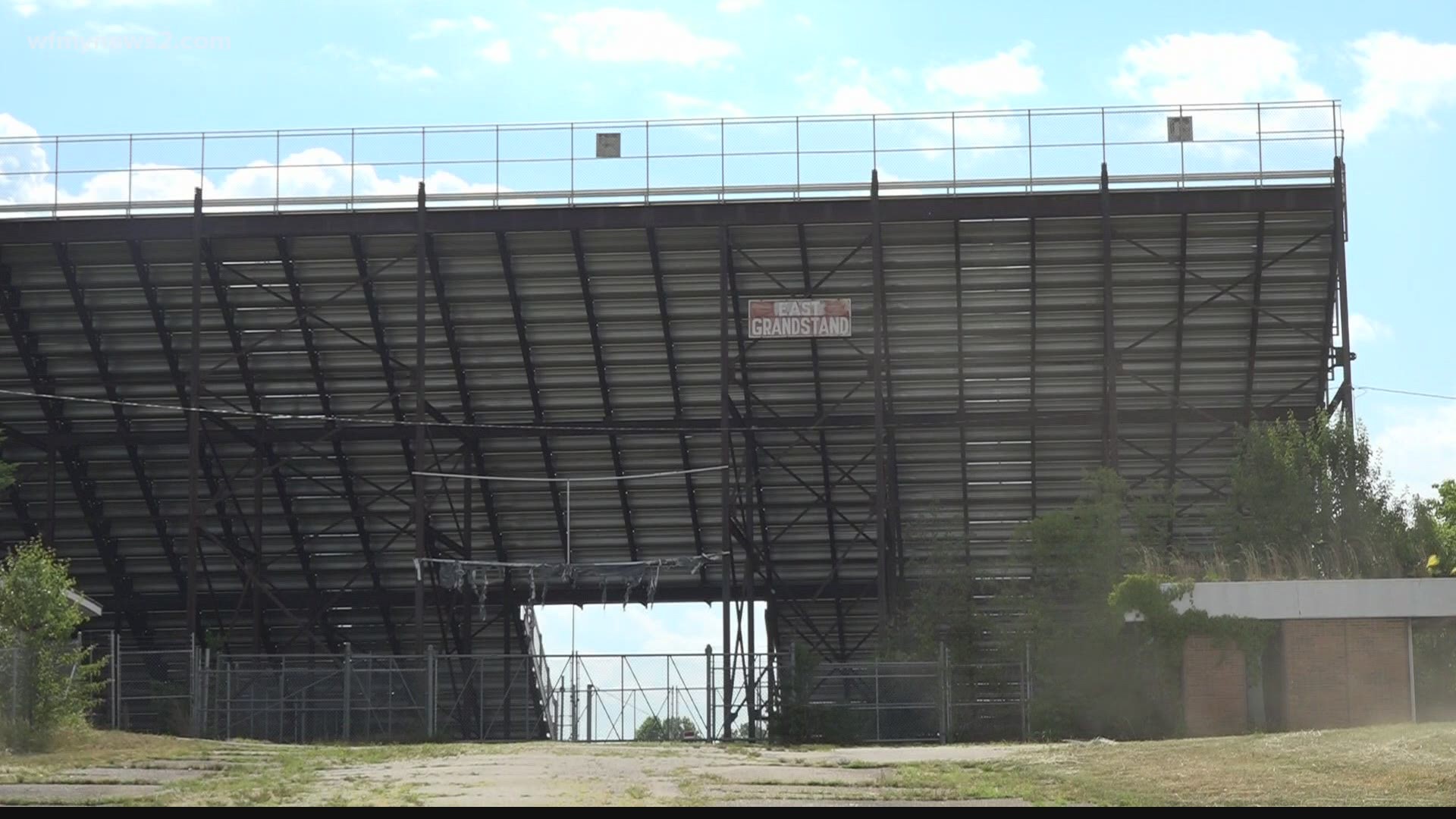 WILKESBORO, N.C. — News of potentially reviving the North Wilkesboro Speedway, an iconic former NASCAR track, has the town of Wilkesboro buzzing with excitement.

North Carolina Gov. Roy Cooper proposed on Wednesday $10 million to revamp North Wilkesboro Speedway, located in Wilkes County about five miles east of downtown Wilkesboro. The investment set forth is part of the proposal for how to spend $5.7 billion allocated to North Carolina as part of the federal American Rescue Plan.

Similar $10 million spending would also go toward The Rock Speedway and Entertainment Complex in Richmond County, and the Charlotte Motor Speedway in Cabarrus County.

To promote tourism, Cooper has also proposed $5 million for cultural trails including a "Motorsports and Moonshine Heritage Trail."

Before becoming reality, the proposal must make its way through the NC House and Senate as part of the large American Rescue Plan spending bill for the state.

Even before the state funding proposal, momentum was building locally to breathe new life into the speedway, which is in a state of disrepair.

Banners and signs have gone up around Wilkesboro that read "We Want You Back," with the speedway's emblem. There's even a billboard on the highway into town with the catchphrase.

The "Save the Speedway" movement has earned support offline and online, with a Facebook page and merchandise including hats, stickers, and T-shirts.

"We are aware of the money Governor Cooper is planning to allocate to North Wilkesboro Speedway, and excited to see him engaging in the effort to revive the Speedway in Wilkes County," Save the Speedway told WFMY News 2 in a statement.

Local residents who spoke with WFMY News 2 said the North Wilkesboro Speedway is a core part of the area's identity, and folks would be thrilled to see track reopen to inject new energy into the local culture and economy.

"I would definitely be for the investment," said one lifelong Wilkesboro resident, who grew up going to the local speedway when it was just dirt track. "It would take some work but I'm sure if they wanted to put some money in it they could get it presentable."

"Excited to see an opportunity open up for North Wilkesboro. Never expected that place to ever make a comeback, but maybe there’s a worthy purpose for it yet," he tweeted.

Excited to see an opportunity open up for North Wilkesboro. Never expected that place to ever make a come back, but maybe there’s a worthy purpose for it yet. https://t.co/LRvRnmEShz

The North Wilkesboro Speedway opened in 1947 as a NASCAR original track, hosting races until it closed in 1996. The speedway reopened briefly in 2010 before closing again in 2011.

We reached out to the speedway's current owner, Speedway Motorsports.

“We’re very pleased to see Governor Cooper’s support of motorsports and statewide tourism in his new budget. Motorsports is a significant part of not only North Carolina’s past but also its future to create jobs and grow tourism.  The proposed allocations from the American Rescue Plan can have a significant impact on renovating parts of Charlotte Motor Speedway as well as starting restoration efforts at North Wilkesboro.  Our team at Speedway Motorsports will get to work on the best ways these funds could be utilized and we’ll watch closely as the proposals continue through the legislative session," CEO Marcus Smith said in a statement.

"We are part of the birth of NASCAR," Elmore said. "This track is part of our DNA."

Elmore said he supports state funding to revitalize North Wilkesboro Speedway. He and others in his generation grew up with the sights of sounds of local racing.

"Seeing it in the shape it's in and how it's progressed, I almost think people look at it as a symbol of our community. Has our community become that? Overgrown and disheveled. So, seeing revitalization and activity at the track is very, very exciting," Elmore said.

Elmore said reopening the track could signal a rebirth for the local economy.

"It brings back a lot of excitement. We would love to be part of the NACSAR industry because it brings billions of dollars into the state," he said.

RELATED: How will North Carolina use $5.7 billion in federal funds? A breakdown of the budget proposal