FACT CHECK: Cunningham did raise taxes ... 19 years ago. Here's why

Senator Thom Tillis has made the point several times that Cal Cunningham voted to raise taxes during an economic downturn. 2 Wants To Know dug into the context. 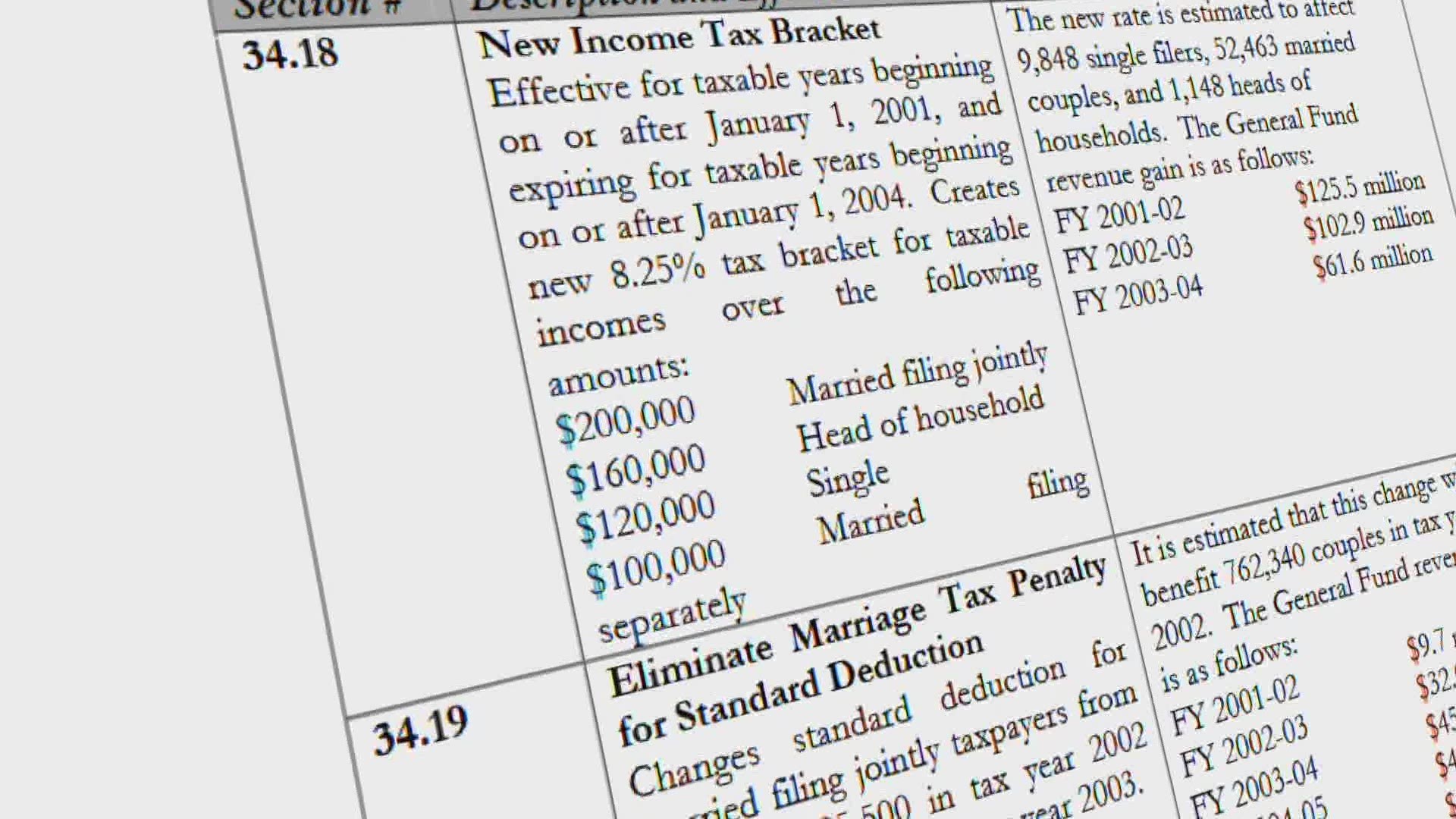 GREENSBORO, N.C. — From talk shows to Twitter, Senator Thom Tillis's new buzz phrase is that "Cal Cunningham will hike your taxes -- which he even did during a recession."

After the 9/11 attacks, North Carolina was in a financial mess. Old news articles show we were at risk of losing our AAA bond rating, basically the best credit score a state can have. Losing that would cost us a lot of money in the long run, so lawmakers wanted to act.

27-year-old Cal Cunningham was part of the democratic majority who voted for a temporary 0.005 (half a percent) sales tax increase. That meant for example the average pair of jeans went up in price by $0.17. The bill also raised taxes for people who made over $100,000 a year.

Cunningham also voted to give some people tax breaks. According to state records 2 Wants to Know found, the bill also eliminated the marriage tax penalty and increased the tax credit for children to $100.

While Cal Cunningham will hike your taxes – which he even did during a recession – you know exactly where I stand.

"In the face of an $800 million budget shortfall, Cal voted to increase teacher pay, establish pre-K, and reduce class sizes, while also helping families by providing a larger tax credit per child."

So Thom Tillis is telling the truth that Cunningham raised taxes and now you know why.

2 Wants To Know is also fact-checking Cunningham. Make sure to like Ben Briscoe on Facebook, so you don't miss any political fact checks.

Ben Briscoe
Ben Briscoe. 3,131 likes · 184 talking about this. Weekend anchor/investigative reporter in North Carolina for WFMY News 2. Murrow winner and always on the hunt for a story which could make a difference.