Can a former President run for Vice President?

After former Vice President Joe Biden’s big Super Tuesday night, a viewer asked if former President Obama could join him on his potential ticket to the White House. 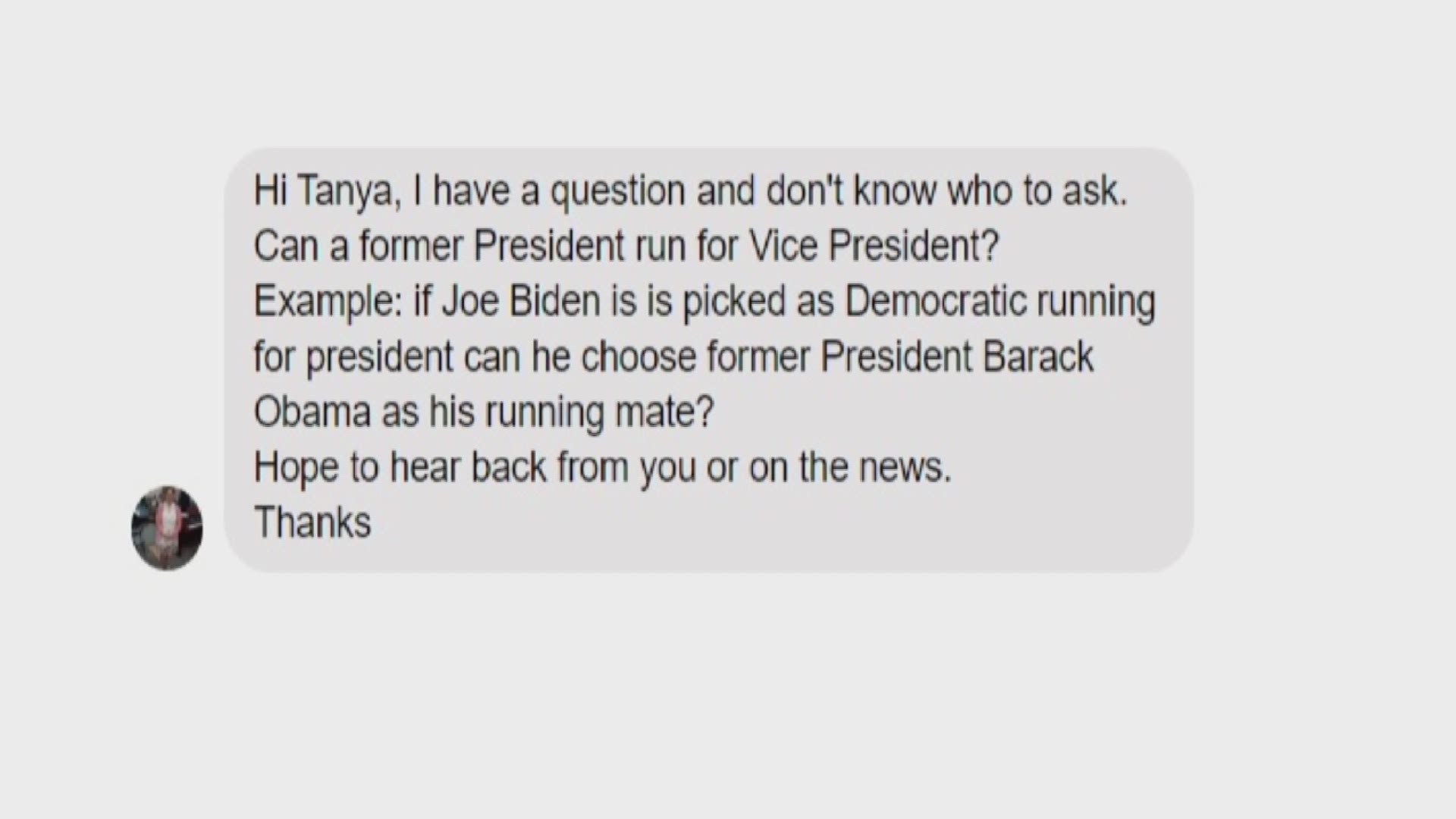 It's been about four years since we've seen former President Barack Obama and former Vice President Joe Biden in the White House together. After Biden's big night on Super Tuesday, he's now the frontrunner for the Democratic nomination.

If he goes on to win the nomination, he would face President Trump in the general election. But Biden would have to pick a running mate before taking on President Trump. So we wanted to know, could former President Obama run as the V.P. candidate?

It's open to a lot of interpretation.

The two big Amendments to look at are the 22nd and 12th.

The 22nd Amendment states that no one can be elected to the office of president more than twice. The keyword here is  "elected." If Obama were the VP and something happened to the sitting President, Obama could serve as President without being elected.

On the flip side, part of the 12th Amendment states that "no person constitutionally ineligible to the office of president shall be eligible to that of vice president of the United States."

We talked with political experts at UNCG. They said the 12th amendment takes the guesswork out of it, and the answer is no. President Obama, or any other former president, would not be able to be vice president.

This is a safety net to keep a President from serving three terms, elected or not.

RELATED: What is next after Super Tuesday?

RELATED: Reminder: No selfies in the voting booth!