Most of us don't have the tech skills to create an app, but there are other ways to improve your odds for online dating. 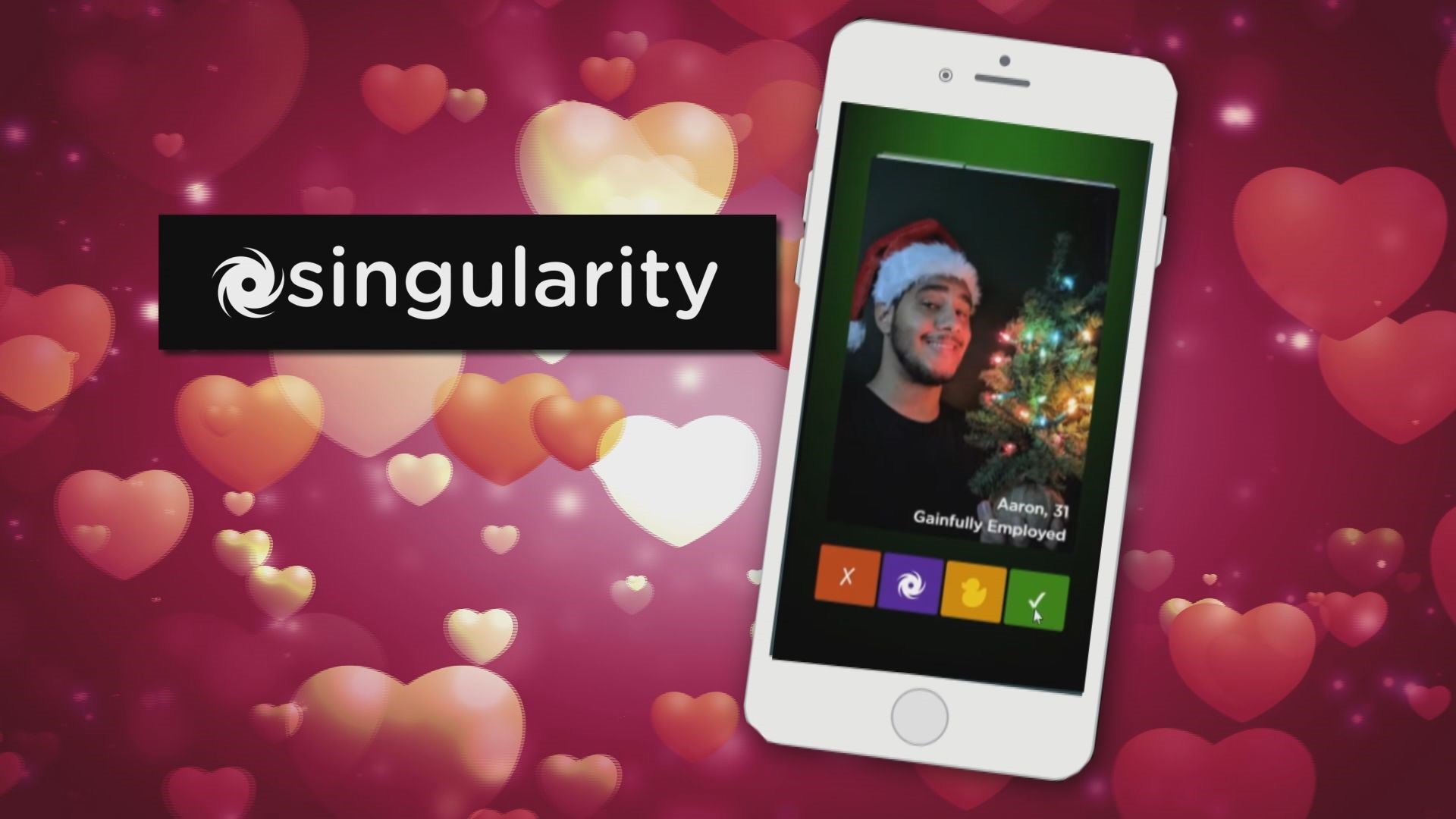 “The biggest problem with the other apps is that my face is not featured prominently," he said.

To cut down on competition, he created a new app called Singularity (only built to open on phones not computers). What's unique about the new app is that he’s the only guy allowed on it. No matter how many times you swipe, it’s only different versions of his picture.

“If life gives you lemons, you should first make lemonade," he said. "Then make sure no other companies can produce or distribute their own soft drinks. So the only game in town is lemonade.”

He even made a commercial to promote the app.

Singularity was created with the help of Smith's best friend and software engineer Scott McDowell.

“All of us who have done online dating in some sorta way can all relate to the fact that it really does sometimes suck," McDowell said.

But not everyone has a computer genius at their disposal, so how do you improve your odds? By knowing when and where to look!

HighSpeedInternet.com says Tinder has the most men on it, but to get women, Tinder tied with Plenty of Fish.

And  a study by Ogury says the best day of the week to make your move is Thursday. Most people use the apps then looking for a date on the weekend.

And don’t give up hope of finding true love.

She met Jonathon over Bumble. The two were married less than four months later.

“Trust in God to write your love story," Amanda said.

"Be authentic. Be honest," he said. "Too many people try to sell themselves like a car. Just be honest.”

And know one day you too could delete all these dating apps.

As for Aaron, he hasn’t heard from many women after making his new app.

“No, well other than like my mom who calls me. No.”

But he hopes creativity will be the key to finally making love happen.

"Hopefully it will give people a chuckle about just the absurdity of what we’re reduced to as a society," he said.

RELATED: Is Your Crush Actually A Bot?

RELATED: How important is it to know your partner’s credit score?

RELATED: Friends with benefits: Can Facebook tackle your love life?