The NC State Treasurer is working on the next Debt Affordability Study. 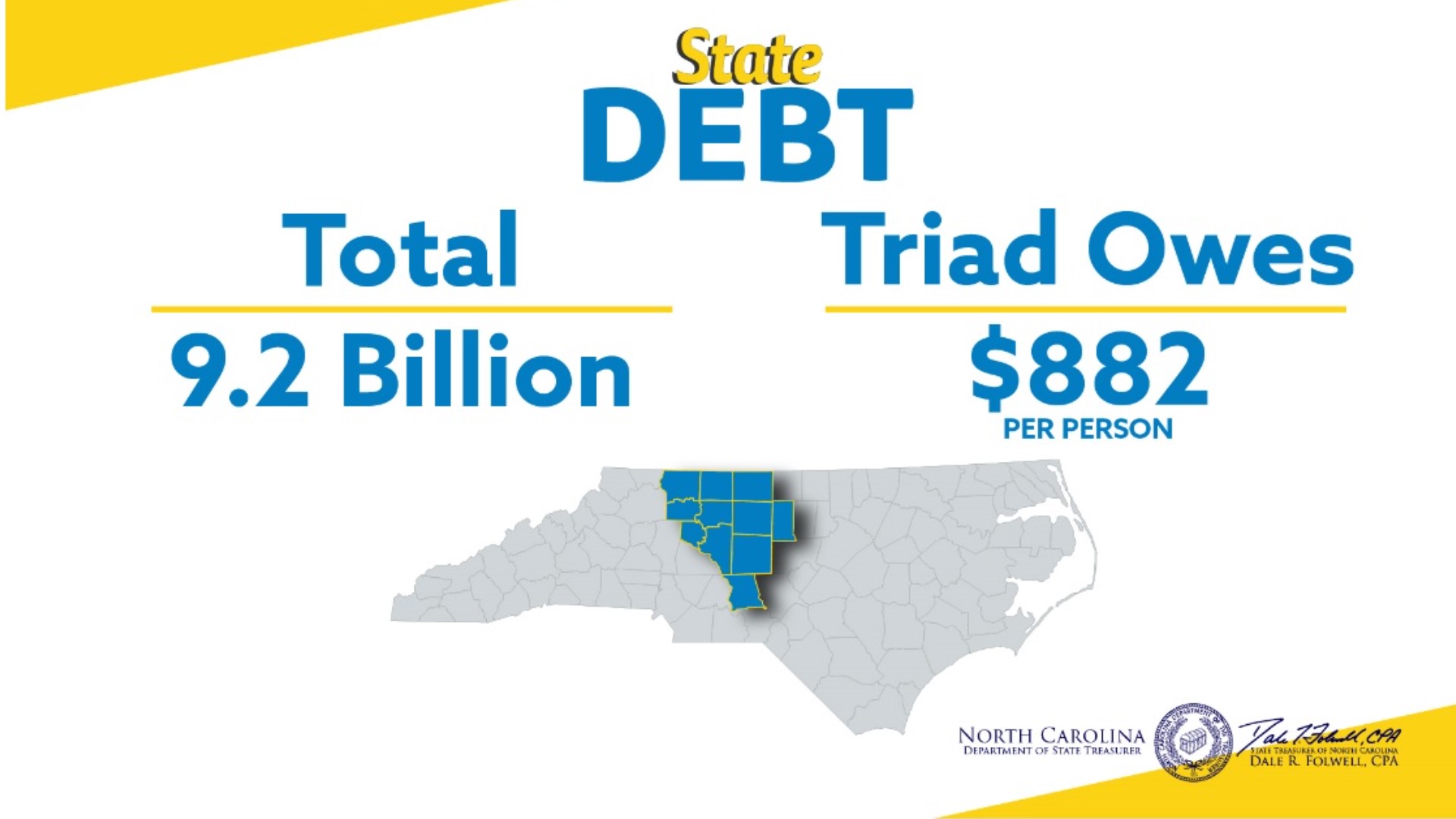 GREENSBORO, N.C. — We know all about debt, don't we? From college loans, car payments, house payments, credit cards, we work and we make payments.
It's not necessarily a bad thing, I mean most of us can't buy a house outright, we need a loan for help.

North Carolina is the same way. The state's debt is $9.2 Billion.
That breaks down to about $882 per person in the Triad. What makes up this debt is actually similar to your list, just on a bigger scale.

The Debt Affordability Report studies how much debt the state has and how much more it can take on for much-needed projects. The North Carolina State Treasurer is in the process of putting the next report together.

“Even though revenues are higher than we thought, there are many parts of NC that continue to suffer. We have not flattened the economic curve for our state. There are some parts doing really well, but others are distressed,” said Dale Folwell, NC State Treasurer.

The report should have been out already, but the latest data was from May of 2020. The Treasurer wanted more updated numbers since so much has changed.

“How roads and schools work may never be the same after COVID, and better numbers will just have to make sure we truly understand where money needs to be spent based on what the needs are,” said Folwell.

The report should be out by late February or early March and sent to the Governor and General Assembly for them to make this year's budget decisions.