Mona Franklin woke up to water pouring from her ceiling. The neighbor upstairs had a leak in his AC unit. He didn't have insurance and her insurance wasn't helping. 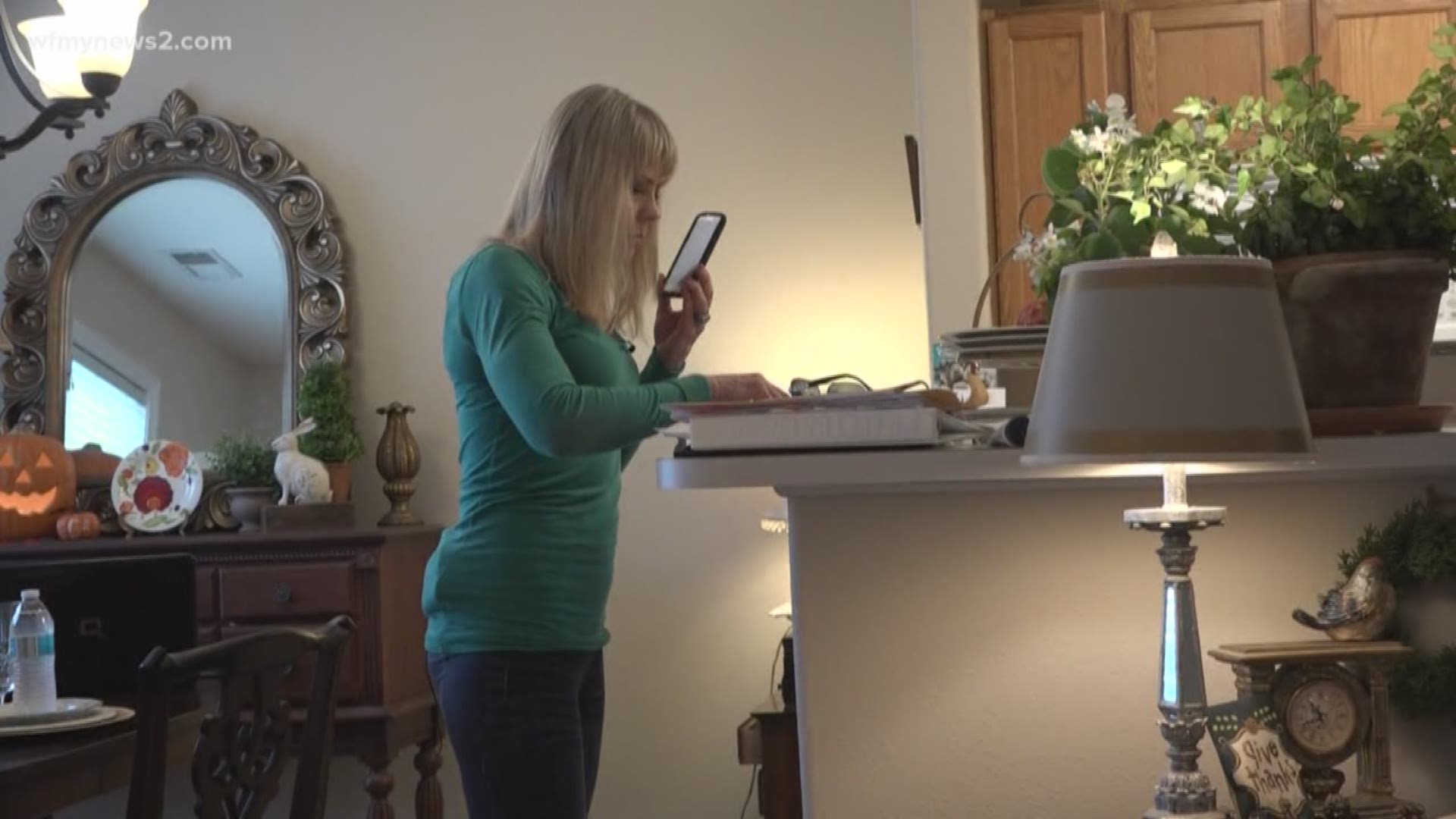 KERNERSVILLE, N.C. — Almost all of us have had that “what in the world” morning when you’re in bed asleep and suddenly something wakes you up and requires your attention. It may be your baby crying, a neighbor mowing the lawn at sunrise or a crash of some kind outside the home.

In early April of last year, Mona Franklin had that kind of morning. She was in her bedroom when she heard a noise that sounded like water. The noise didn’t stop. So, she got up and walked down the hall.

“I came into the kitchen and water was all over the floor pouring from the ceiling,” said Franklin.

The water was coming from the condominium upstairs. Franklin ran up to alert the neighbor, but no one answered the door. Eventually, the water stopped pouring in and she did her best to clean up the mess.

Later that day she was able to reach the owner who apologized and offered to do what he could to help with the repairs. Franklin understood him to be offering to pay for the damage. What he and she didn’t know at the time is the condo sustained some pretty serious water damage to a large portion of the unit.

Franklin hired a restoration company to come at first to clean up the mess and tear out any wet drywall that was damaged. The initial estimate to repair the ceiling and walls in several rooms was around $17,000.

“After he (the neighbor upstairs) found out how much it was going to cost he stopped returning my calls,” said Franklin.

All the condominium owners in her Kernersville complex are required to carry insurance for situations just like this. However, Franklin does not believe the owner upstairs had insurance, which is why he stopped taking her calls. The bill was simply too much to pay for out of pocket.

A couple of weeks later when Franklin realized he was not going to help, she reached out to her insurance company.

“(They) said it’s not our liability you need to call Travelers and file a claim,” said Franklin.

Travelers Insurance is the insurance company for the HOA. Franklin then reached out to them for assistance. Franklin filed a claim and waited to hear from the adjuster.

“The next thing I know Travelers denied the claim,” said Franklin.

At this point, Franklin didn’t know what to do and she didn’t understand why both insurance companies denied the claim. For the next five months, Franklin tried to get some answers as to why no one was helping.

“I’ve made hundreds of calls to everyone that’s involved,” said Franklin.

It seemed like both insurance companies were pointing the finger at the other expecting it to make the repairs. The HOA also didn’t seem to be interested in helping Franklin navigate the process.

“No one was willing to help,” said Franklin.

While Franklin was trying to figure out how to pay for the repairs her bathroom was partially blocked off with tarps. Restoration crews had to remove the ceiling and part of the walls that were damaged. Water from the air-conditioning unit upstairs continued to leak for a few weeks.

There were stains all over the ceilings in the bedroom, hallway, and kitchen. Some chunks badly damaged were removed.

“It was a mess,” said Franklin.

Her insurance company did pay to have her damaged clothes taken to the dry cleaners but were still not willing to pay for the repairs. Franklin eventually hired an attorney in hopes he could get the insurance companies to pay.

“He sent letters to everyone involved including the HOA,” said Franklin. “No one even remotely responded until (News 2) was brought up.”

Along with calling the insurance companies, Franklin placed a call to our Call for Action volunteers. We reached out to both insurance companies and the HOA. We were bounced around a bit but eventually were able to get in contact with a person willing to help.

A few days after talking with a representative at Franklin’s insurance company a supervisor called her.

“They told me my claim was approved and they would start the process,” said Franklin. The good news continued, with assistance from one Regional VP with the HOA its insurance company also agreed to assist in the repairs. Franklin was given the good news that she would not have to pay a penny to get her condo repaired.

“Don’t make me cry, I’m so grateful for you guys (Call for Action Team) and your heart,” said Franklin.

After living in her condominium for nine months without being able to use her second bathroom work crews showed up last week to start making the repairs.

“I want to thank you from the bottom of my heart,” said Franklin.

Crews finished the bathroom and the other repairs by the end of the week.

Thanks to our Call for Action we saved Franklin more than $17,000 in repairs bringing our yearly total up to $41,590 for helping those who need it the most.

RELATED: A $1,200 water bill? The city shut off her water when she refused to pay up, but really, it was an employee mistake

RELATED: No serial number, no service: Thomasville man goes without his washer for 6 months

RELATED: Missing GPS: Couple gets a new system from the store after following tips from 2 Wants to Know

RELATED: Cutting the cord could cost you money if you're not careful