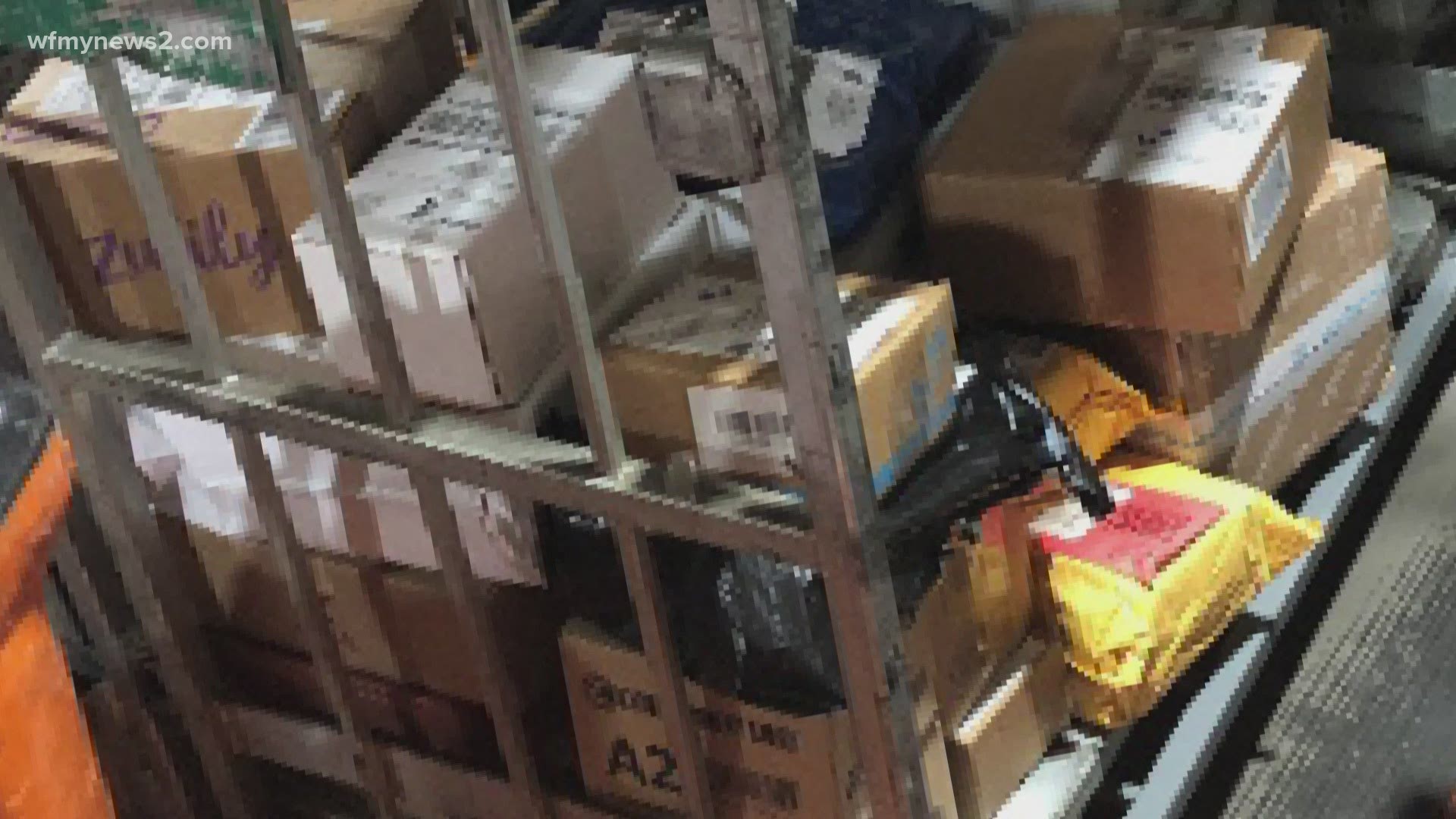 GREENSBORO, N.C. — A quick search of Youtube shows a lot of people had a problem that you too might have experienced. The United States Postal Service marked your package as delivered, but it never showed up at your door.

So where was your stuff? Internal USPS auditors stopped by a major North Carolina post office during the holiday shipping season and found thousands of delayed pieces of mail. They also discovered "delivery unit employees improperly scanned packages at the station rather than at the delivery point."

Between May and September post office employees at the Avent Ferry Station in Raleigh, which is under the Greensboro district manager, marked more than 41,000 pieces of mail as delivered even though the packages were still at the station.

Auditors recommended the manager of the Greensboro district give refresher training on package scanning procedures writing: "When employees do not scan mail pieces correctly, customers are unable to determine the actual status of their packages. By improving scanning operations, management can potentially improve mail visibility, increase customer satisfaction, and enhance the customer experience and the Postal Service brand."

The auditors also found that sometimes packages were marked as "no access to the delivery point" or "animal interference" with the delivery even though the scans were done miles away from where the package was supposed to be delivered. Because of this audit, postal workers are getting additional training.

If you keep having problems, let investigative reporter Ben Briscoe know and he'll keep digging. You can e-mail him at bbriscoe@wfmy.com or search for him on Facebook by looking for WatchDogBen.

This audit comes as Postmaster General Louis DeJoy promises Congress he has a plan to fix delays: