Could Cal Cunningham face a court-martial?

A military lawyer says the deciding factor will be if any of the alleged affair happened while Cunningham was on active duty. 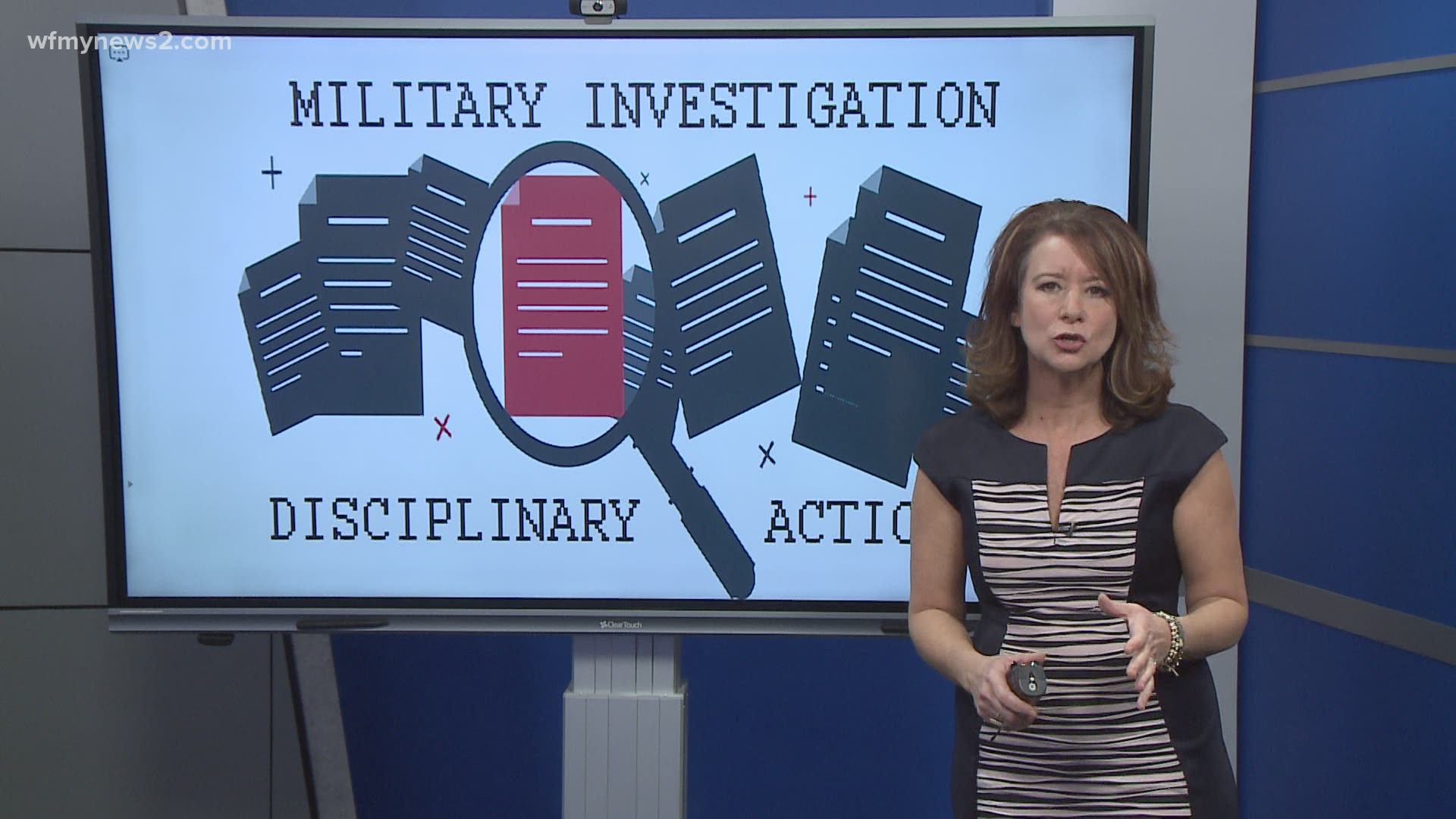 GREENSBORO, N.C. — With the confirmation the Army Reserve is investigating matters involving U.S. Senate candidate Cal Cunningham, 2 Wants To Know is taking a closer look at the process is and what kinds of disciplinary action could be at stake.

Cunningham is a Lt. Colonel in the Army Reserves. He is currently assigned to the 134 Legal Operations Detachment based at Fort Bragg.

Cunningham is accused of having an affair with the wife of a combat veteran. Several texts between the two have been made public.

Bill Cassara is a military law attorney. He explained the military investigation process:

“The AR15-6 investigation is fairly common. The investigating officer will collect evidence like texts or pictures, talk to people. Cal Cunningham will be given a chance to talk if he wants to, but doesn't have to”.

The investigator will then complete the investigation and hand it off to the next highest level commander who will determine what if any sanctions will take place.

“In any military disciplinary matter, there are two separate tracks a case can take. There's the UCMJ action which is a court-martial and there are administrative actions such as letters of reprimand, and administrative separation from the military,” said Cassara.

He says which way this goes depends on one key element:  did any of the affair events occur when Cunningham was in drilling status or active duty.

As a reservist, Cunningham is on one weekend a month and two weeks every year.

“The fact she is married to a military member I think ratchets up the sanctions against him considerably. If he was in a drill status, on a drilling weekend and had sexual relations with her, sent her photographs, received photographs, that ratchets up the possibility of there being some more significant punishment,” said Cassara.

In says in his experience, Cassara says cases like Cunningham's, if he wasn't on duty, don't usually end in court-martial although it could lead to a reprimand, administrative separation from the military, conduct unbecoming an officer, and possible bar sanctions from the military or the state since is Cunningham is a lawyer.

Cunningham has said “I have hurt my family, disappointed my friends, and am deeply sorry. The first step in repairing those relationships is taking complete responsibility, which I do. I ask that my family’s privacy be respected in this personal matter.”