The payroll tax deferral is in effect. If your employer takes part, you won't pay Social Security taxes and have more money in your paycheck. 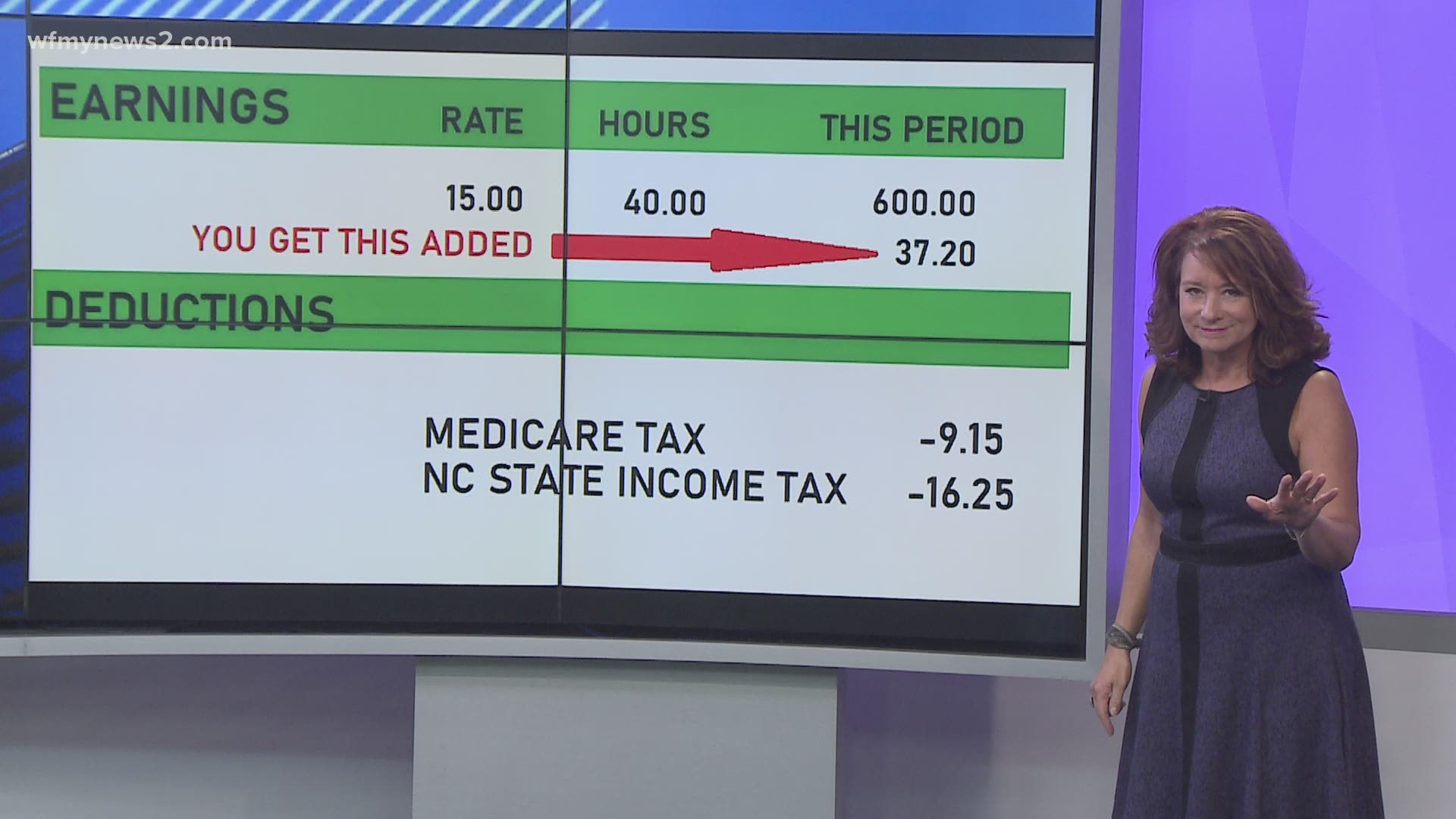 GREENSBORO, N.C. — You started the week off with a holiday and you might end it with a bigger paycheck than normal. This payday and every payday until the end of the year could be bigger. Why?

It's called the payroll tax deferral. President Trump signed it into law when the second stimulus talks stalled. It was part of his Executive Order.

To qualify, you must make less than $4,000 bi-weekly. The IRS has other eligibility requirements as well.

But this is not free money.

“That's the biggest misconception. This payroll tax deferral is a tax holiday, it's not tax-free. We will have to pay it back,” explained Scott Braddock of Scott Braddock financial.

When will you be paying this back?

Right now it looks like between January and April of next year.

How will you pay it back?

It hasn't been worked out yet. It could mean you'll owe it all back in one lump sum or instead of you paying less in Social Security, you'll pay more each week.

Employers are not mandated to participate. So, you need to ask the boss if your paycheck is included. Braddock believes it will be difficult for some companies to participate because it would take a change in payroll software.

Now, if you're not paying in how does that impact Social Security?

“There may be a short term effect to the trust fund for Social Security but long term we shouldn't see hiccups and in the short term there is enough to pay out payments and not impacted or reduced,” said Braddock.