Body found in search for missing person on Belews Lake 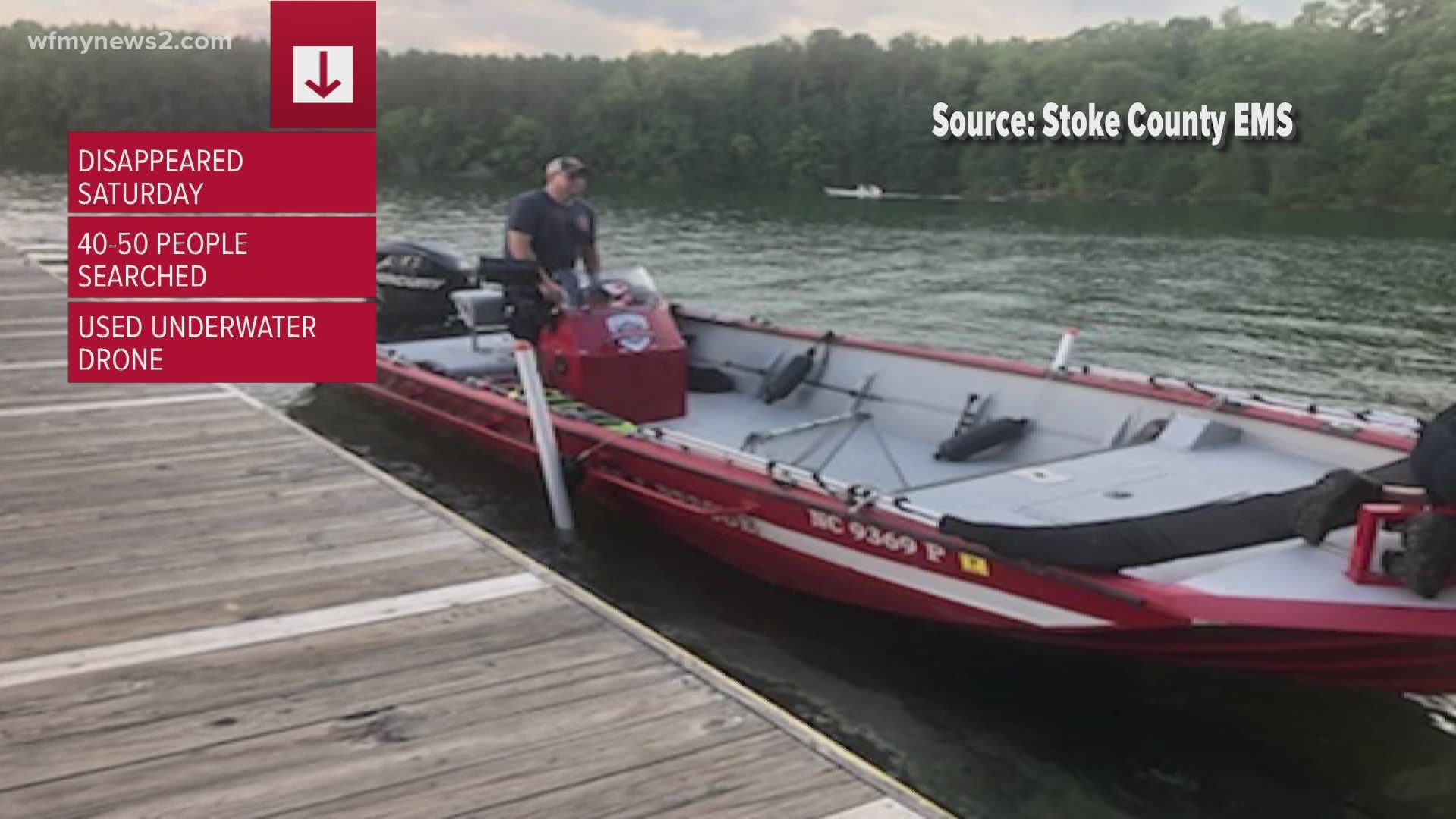 STOKESDALE, N.C. — The search has ended for a missing person who went underwater at Belews Lake, according to officials.

The man, Silas Ross, Sr., 32, from Kernersville was reported missing Saturday just after 5 p.m. He was on a boat and went in the water and was unable to resurface, according to friends who were with him.

“Our condolences go out to the family,” Stokes County Emergency Management said.

Search crews with sonar scanned the area while boat crews assisted with the search from the surface of the water. Divers from the High Point Fire Department and the Guilford Association of SCUBA personnel also searched the area.

The Madison-Rockingham Rescue Squad was one agency also searching, the squad used a side-scan sonar device that detects objects in the water, according to Chief Rusty Gray.

Ross’ body was found by sonar which is like an underwater drone and an ROV vehicle. His body was sent to the medical examiner’s office.

RELATED: 'I Think Of Him Every Day': 5 Years Later Mother Shares Warning After Son Drowned