The Forsyth County Sheriff's Office said the cause or source of the boom sounds remains unknown, and the investigation is ongoing. Hundreds called 911. 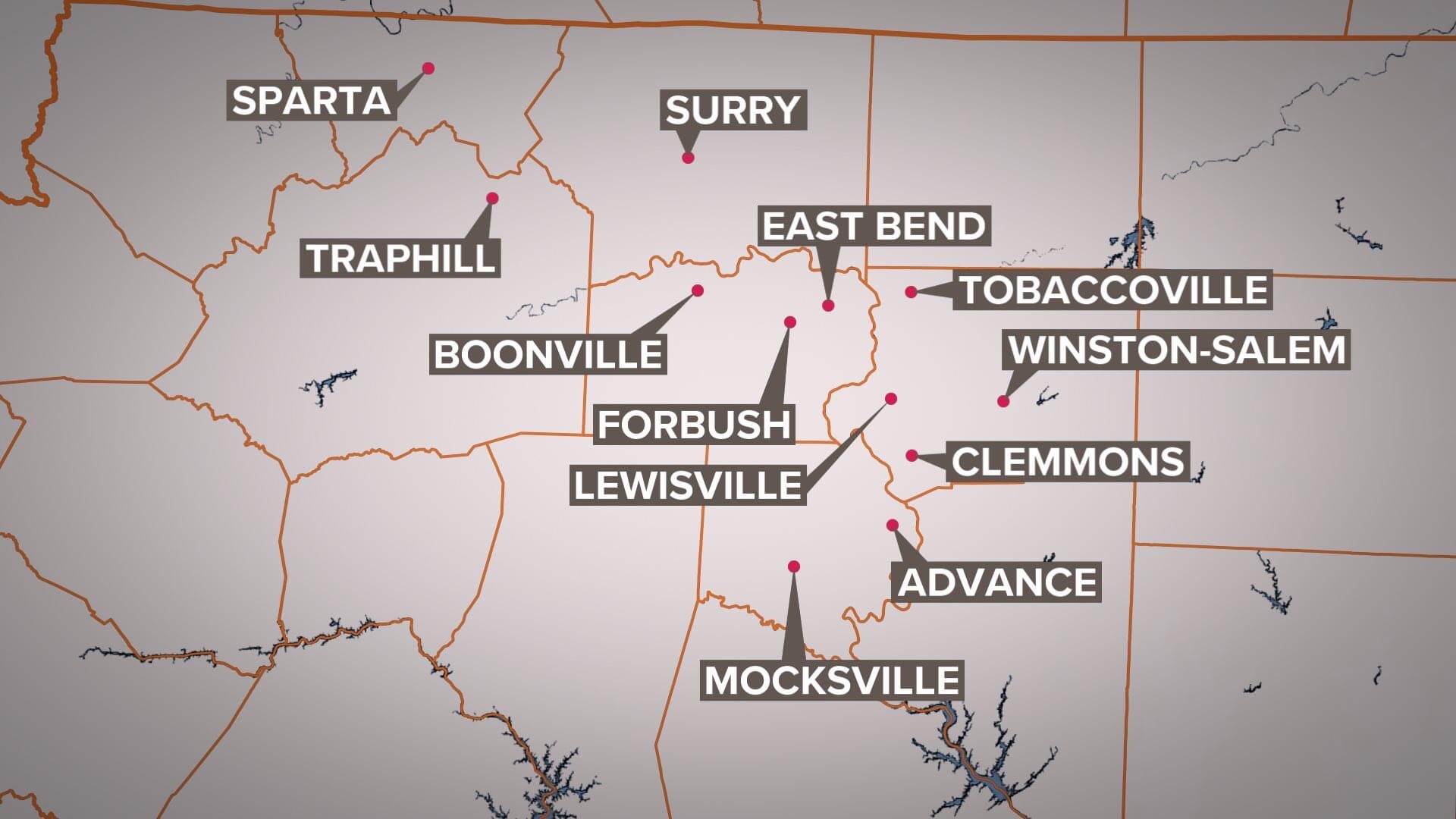 WFMY News 2 is continuing to reach out to officials about the "booms," and this article will be updated as we learn more.

On social media, descriptions of the boom’s impact range from simply hearing the noises to people’s homes shaking. Viewers shared what they heard on the WFMY News 2 Facebook page.

VIDEO/AUDIO of one of the "booms," from a viewer in Kernersville, NC. "That video is from around 8:00 p.m. Those were the smaller booms. The bigger ones were around 5:30 p.m. and I thought somebody was setting off Tannerite because the booms just about shook the house." @WFMY pic.twitter.com/heUqm8A6J6

“Heard around 5:30 p.m. in Oak Ridge three times, my dad said it sounded like a cannon,” one person wrote.

“Two loud booms and shaking within minutes of each other. Very distinct sounds and movements,” a viewer wrote.

“I’m in Yadkinville and heard it. It shook the whole house, I thought it was an earthquake. There was 2,” another person said.

“Two loud booms, maybe a couple of minutes apart. It sounded like something exploded. We are in Clemmons,” wrote another person.

NORTH CAROLINA LOUD BOOMS: Thousands of people are reporting hearing loud boom sounds (at least 2) between 5-8pm, possibly localized to the Lewisville area. FCSO says 911 is overwhelmed by calls- but no reports of injuries. The cause is unknown. @WFMY pic.twitter.com/anZZFvCUoc

The noises apparently spooked a significant number of people. The Forsyth County Sheriff’s Office issued an unusual Facebook post at 7:15 p.m. Saturday about the 911 system being “overwhelmed” with calls about the booms, asking residents to only call with true emergencies.

“We are aware of the loud noises in the Lewisville area - callers are overwhelming the 911 system. We have had no reports of injuries and we do not have a confirmed cause of the noises,” the Forsyth County Sheriff’s Office wrote in their post. “ONLY call 911 in an emergency. Currently, those with actual emergencies cannot reach our communications center and are being rolled over to surrounding counties.”

Sunday morning, the Forsyth County Sheriff's Office said the cause or source of the boom sounds remains unknown, and the investigation is ongoing. A spokesperson said no injuries have been reported, and their only leads remain the "flood" of phone calls to 911, localized to the Lewisville area.

Forsyth County Emergency Services on Sunday morning told WFMY News 2 their agency also does not have an explanation for what caused the sounds.

The U.S. Geological Survey did not detect any earthquakes in the Southeastern United States over the last 24 hours, according to their tracking tool.

Dan Leins, Science and Operations Officer at the National Weather Service in Raleigh, told WFMY News 2 that there were no significant weather events, such as thunder or lightning, near the area around the time that the booms were reported Saturday afternoon.

“I don’t think there was any sort of weather-related component that caused the sound," Leins said.

However, Saturday did have significant "temperature inversion," which Leins said could cause sound to travel farther, whatever the source was. This sentiment was echoed by WFMY News 2 Meteorologist Christian Morgan.

"There's a lot of theories on what they may be, none confirmed yet, but it's also worth noting that we have a strong temperature inversion tonight. That means that the temperature actually rises quite steep as you travel further up in the atmosphere. Usually, it's the other way around," Christian wrote on Facebook. "When we have these inversions, it actually makes any "booms" or noises sound louder and travel farther."

In recent days, similar “boom” noises have been reported in western Kentucky, according to news reports.

One person on social media kept a lighthearted attitude regarding the sounds: “2021 has already started off with a big Boom!”

We will update this article as we learn more.