File this one under un-bull-ievable firefighter calls. 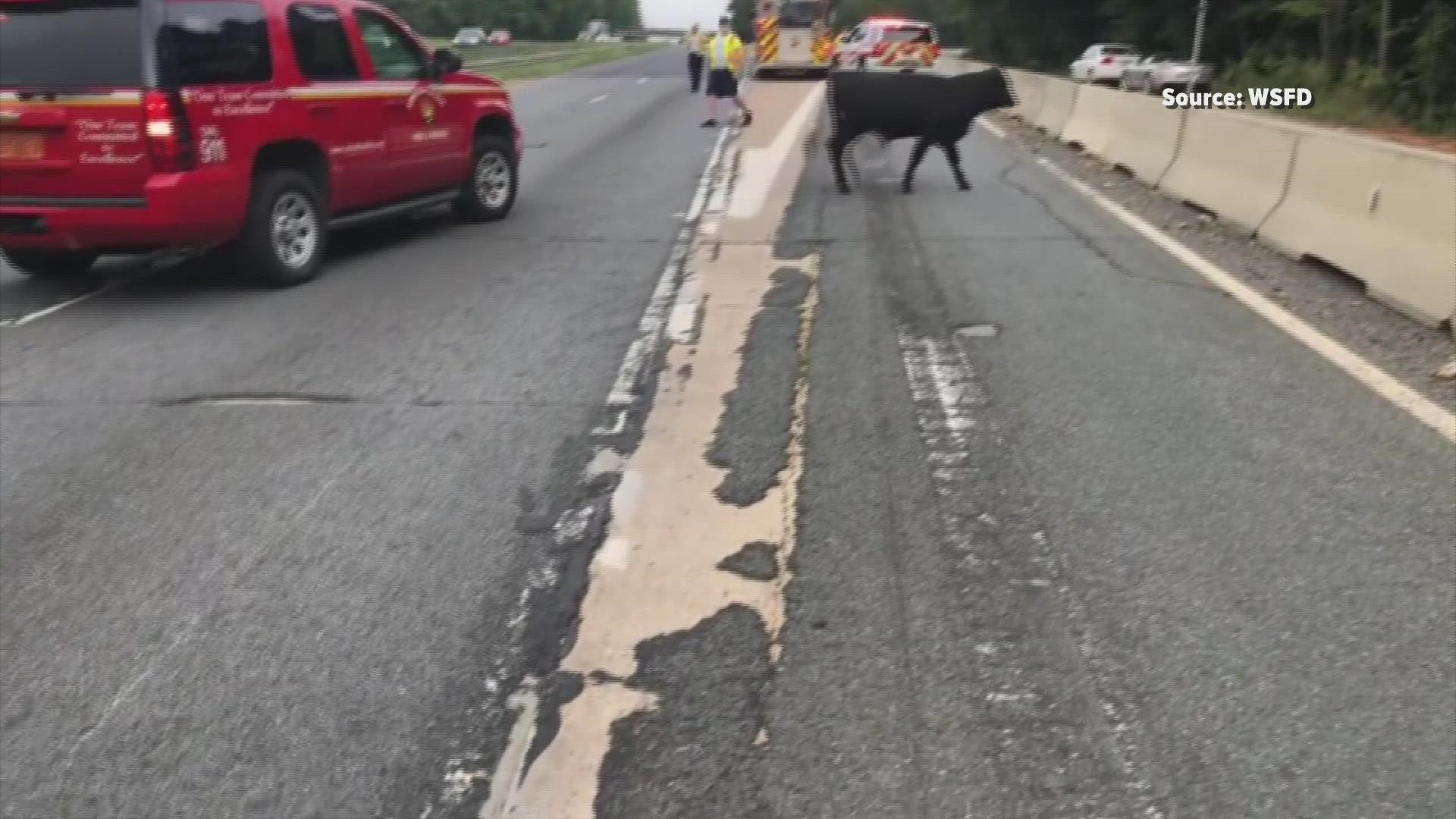 How do you take on Wednesday? You grab the bull by the horns!

At least, that's what Winston-Salem firefighters were doing this morning!

They got a unique call to go wrangle a bull - yes, a bull - that had gotten loose and was wandering on the northbound lanes of Highway 52 near the Westinghouse exit, just past Rural Hall.

Here's some video the department tweeted out:

Don’t tell Chief Mayo we were out playing tag with a bull this morning. #WSFire .107 pic.twitter.com/NPMr7vWI3c

Winston-Salem Fire Division Chief Robert Wade said the bull had some cuts, and one of its legs seemed to be hurt.

They don't know if the bull fell off a livestock trailer or wandered over from a nearby farm. Fire officials called a couple of nearby farmers, but the bull didn't belong to either of them.

Crews helped get the bull in a trailer, and it was taken to Forsyth County Animal Control. The bull will be checked out by some vets.

It took crews about an hour to get the bull off the highway. Chief Wade said they've handled livestock calls before, but this certainly made for an interesting Wednesday morning.