Cone Health Chief Nurse Executive Dr. Kenneth Rempher said the shortage usually comes in waves and the southeast is in the middle of one right now. 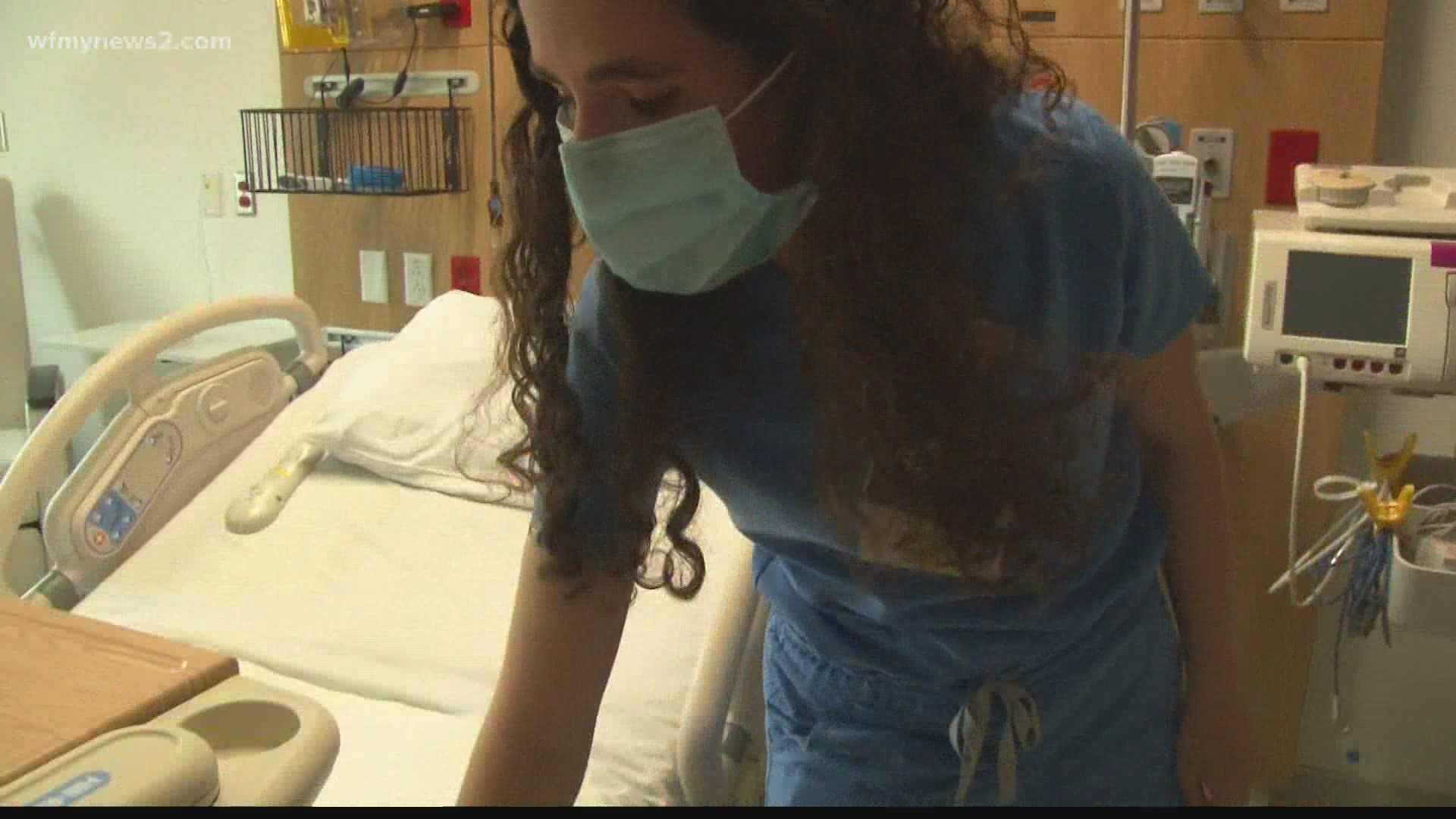 GREENSBORO, N.C. — The nursing shortage is a concern the health system is trying to curb.

It's a problem that health experts said comes in waves, and our region is in the middle of one right now.

"Based on our experience in this region which is probably the southeast region of the US there is a significant nursing shortage and were having to contend with that," said Cone Health Executive Vice President and Chief Nurse Executive Dr. Kenneth Rempher.

He said there are three primary reasons for the shortage:

Dr. Rempher said a popular study conducted a few years ago revealed North Carolina will be the second most impacted state in the union leaving the state about 12,900 nurses short by the year 2025.

In the midst of all this, health systems are also trying to retain the nurses they do have right now.

"The objective is not only to get them into the health system but once they're here, to keep them," he said.

A Cone Health residency program aims to do just that.

Registered nurses Alexis Powell and Lauren Golman are both in the program now and said the ability to rotate through different units before settling on just one has helped them find the right fit.

"I did my rotations and was able to be placed on labor and delivery which was exactly what I wanted to do," Powell said.

"I really like that because it allows you to have a big breadth of understanding," Golmon said.

"Our success rate is somewhere about 90 percent retention after the first year which is I think consistent with national standards," get said

While it's good news, Dr. Rempher said there's still work to be done."

"The concern is real and with the projections through various studies that were going to see a dearth of nurses, I think it's something we need to be concerned about and we need to work with our communities to find better ways to recruit and retain nurses in this region," he said.

“Wake Forest Baptist Health employs around 5,000 registered nurses across our health system and we are always looking for dedicated and compassionate individuals to join our team. Many nurses are attracted to a learning health system such as ours. We are fortunate to have a number of universities and colleges in the area that offer nursing programs and we actively partner with them to help reduce the nursing shortage that is being experienced locally and across the country.”

A spokesperson with Novant Health issued the following statement:

"Like healthcare systems across the country, we have been impacted by the national nursing shortfall, which is hitting North Carolina harder than most states. To ensure we have the nurses and staffing needed during this pandemic and beyond, we have planned for an array of different scenarios that could have a sudden impact on our ability to provide safe, quality patient care. Plans include float pools and other staff sourcing, should we need it. We continue actively working to overcome this shortage with programs centered on internal advancement, professional development, and external recruitment in addition to competitive incentives. "