Elderly Greensboro couple loses home in fire one day after burying son, and two months after their daughter's death

The Alamance Community Fire Department says there were no injuries, but much of the house was completely gutted by the flames. 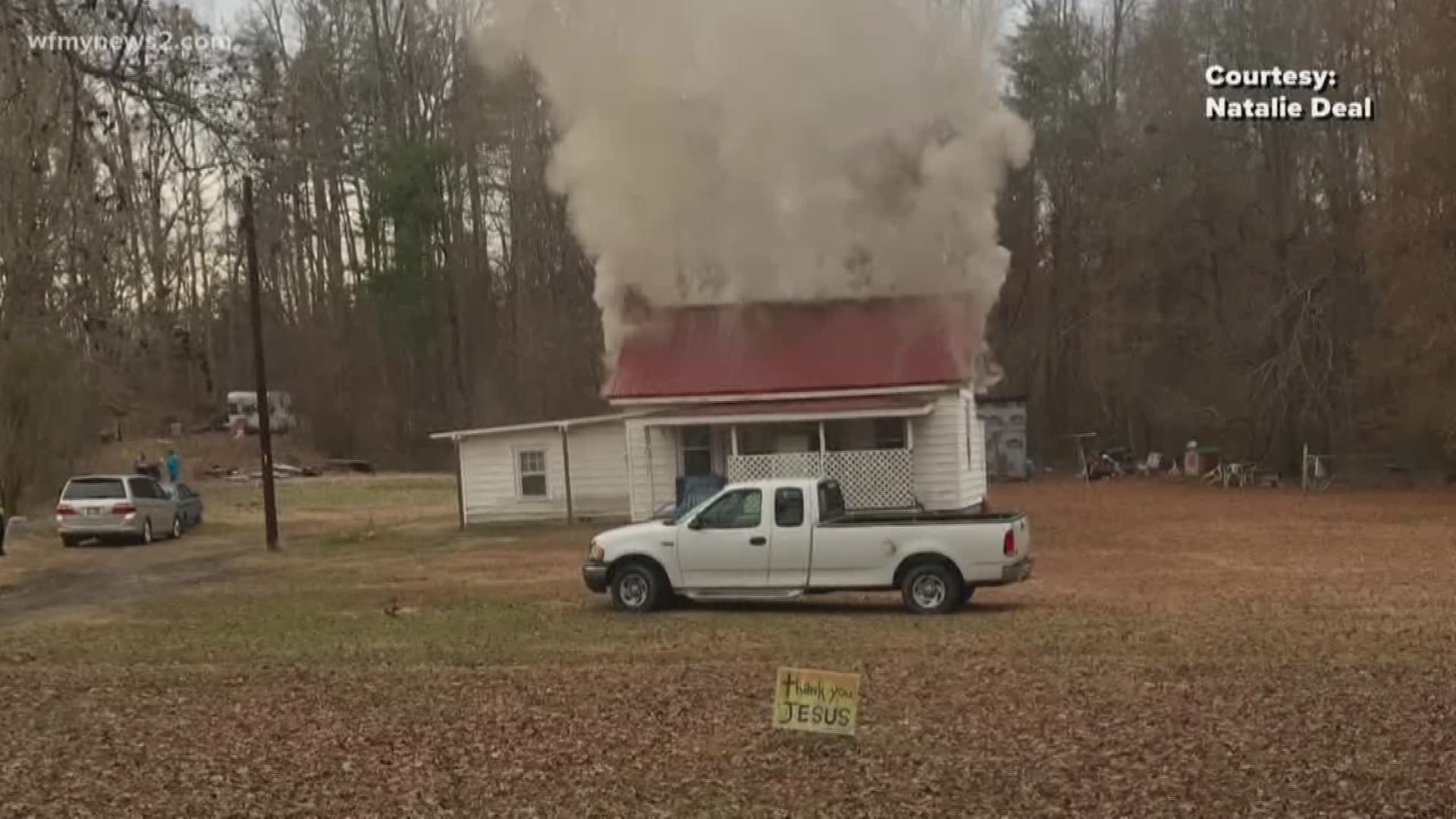 GUILFORD COUNTY, N.C. — Just one day after burying their son, an elderly couple lost their home in a fire Friday morning.

The Alamance Community Fire Department says crews got the calls around 9:30 a.m. to a home on the 2600 block of Alamance Church Road. Fire investigators determined it was the result of a wood stove.

"I was just sitting there drinking my coffee, smoking a cigarette," said Frank McCraw, "Somebody knocked on the door and said your house is on fire."

The couple living there, Frank and Emma McCraw, were not injured. However, firefighters say the house is a total loss, and that the McCraw's didn't have insurance.

Pleasant Garden Baptist Church is assisting the McCraws by giving them a place to stay for the time being. The community has rallied together to support them in this difficult time.

Family tells WFMY News 2 the McCraw's son, Jerry, passed away on December 2. His funeral was held on Thursday. Just two months prior, the McCraws also lost a daughter.

"I can’t imagine what they’ve already been through. I can’t imagine what it’s been like to go through the loss of one child, and now two. And the difficulty, the extra burden, of where are we going to live and how are we going to work out those other details?" said Pastor Robert Hefner, of the Pleasant Garden Baptist Church, "I hurt for them. I hurt for them so deeply."

RELATED: Protect your family from the top cause of home fires