'We'll get to you, it's only a matter of time,' Forsyth County investigator warns child predators, gives tips to spot them online

Investigators said online predators often lure, groom, and build a victim's trust with inappropriate and encrypted chats, offers of gifts or are agreeable to teens. 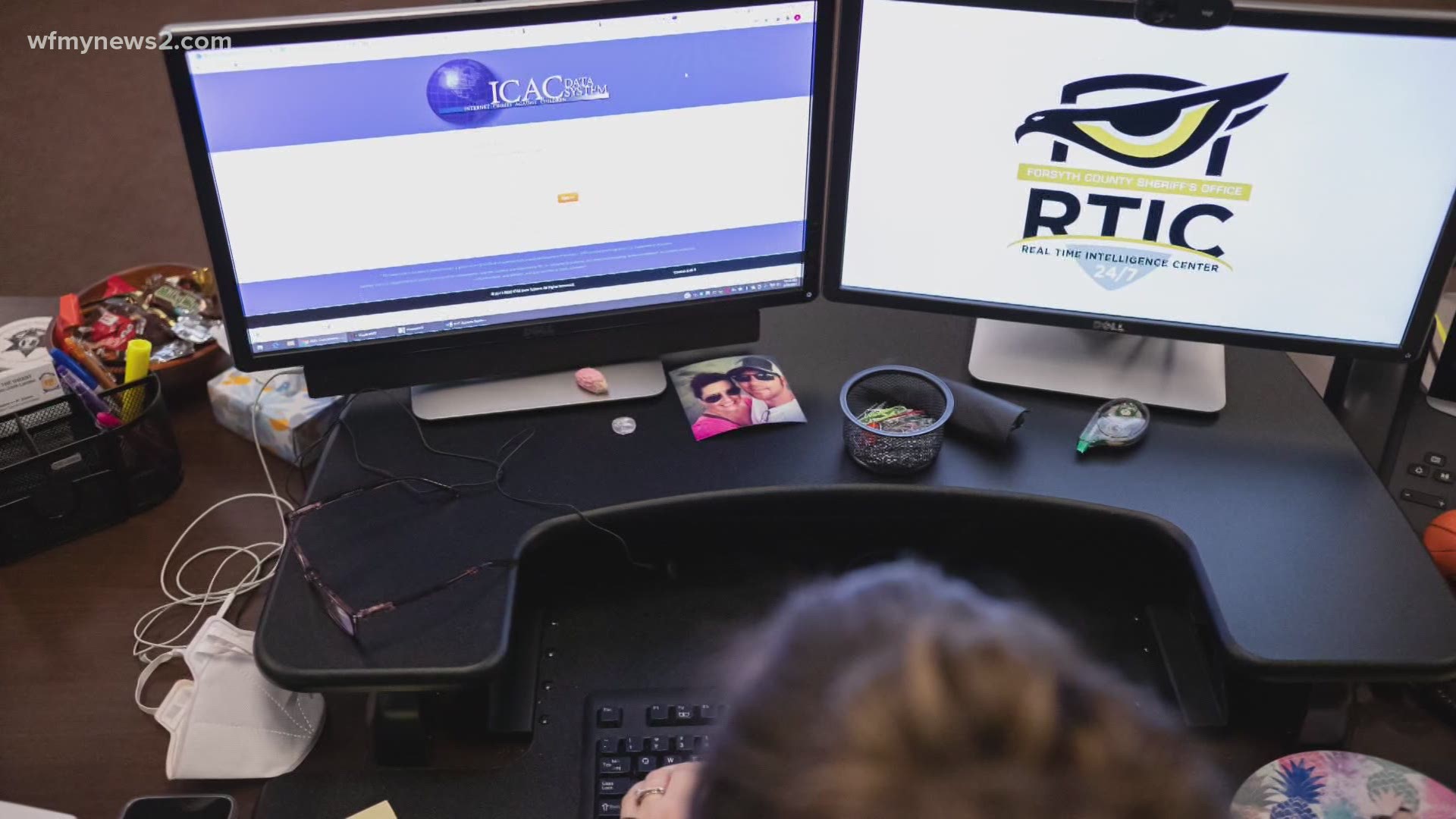 FORSYTH COUNTY, N.C. — Concerns have been raised about how to protect children better after two kidnapping cases that involved teenage girls from Davidson County in a matter of days. In both cases, investigators said the girls were chatting and talking with their alleged kidnappers online, using school laptops.

Officers know the dangers of the internet. They said whether through phone apps, laptops, or gaming consoles as long you have internet access, online predators are able to come into your homes and target kids, often without your knowledge.

"I can tell you that if you're an online predator that's in business in Forsyth County, we'll get to you," warned Anna Joyner,  an investigator with the Forsyth County Sheriff's Office.

"It's only a matter of time and when I knock on your door, you'll never know if this is the day my life is forever changed," Joyner said.

Joyner is assigned to the Real-Time Intelligence Center. The center works with the National Center for Missing and Exploited Children through the State Bureau of Investigation's Internet Crimes Against Children.

Investigators who have the job of catching online predators said parents too can learn how to spot them. According to them, by being vigilant and using helpful investigative tips parents can know whether online they have contacted their child before they can act out their intended plans.

Joyner who regularly vets leads on online predators said most of them create multiple profiles on multiple platforms and may have only a targeted demographic as friends.

"Dig into that profile, when was it created, how many friends do they have, look at their post, is this a real-life person and many many times it's not," Joyner said.

According to Joyner, online predators often lure, groom, and build a victim's trust with inappropriate and increasingly encrypted chats, offers of gift or are exceedingly agreeable to a teen's concerns and expressions.

She said they often ask children to act out of routine and character, request or send inappropriate photos and video.

She added that parents should be more inquisitive and probe further when their teens suddenly get obsessed, overprotective, or excessively emotional about their devices and time spent online. She said many times that could mean something or someone is engaging their attention and it might not be in a positive way.

Joyner said predators would also want to move the interaction from the devices to meeting in person and can stalk or randomly show up at places where a teen frequents.

"They get to know your routine just by monitoring your social media because it's not that you tell them that you go to this place every day or every week, they can tell from your social media sites because you friended them and you've invited them into your life," Joyner said.

The act of meeting, Joyner said is usually the opportunity for predators to act on their plan by kidnapping or assaulting or entrapping them into human trafficking and other nefarious activity.

Investigators urged parents to monitor their teen's devices frequently and educate students on the dangers that lurk online.

For more resources and tips visit the National Center for Missing and Exploited Children. 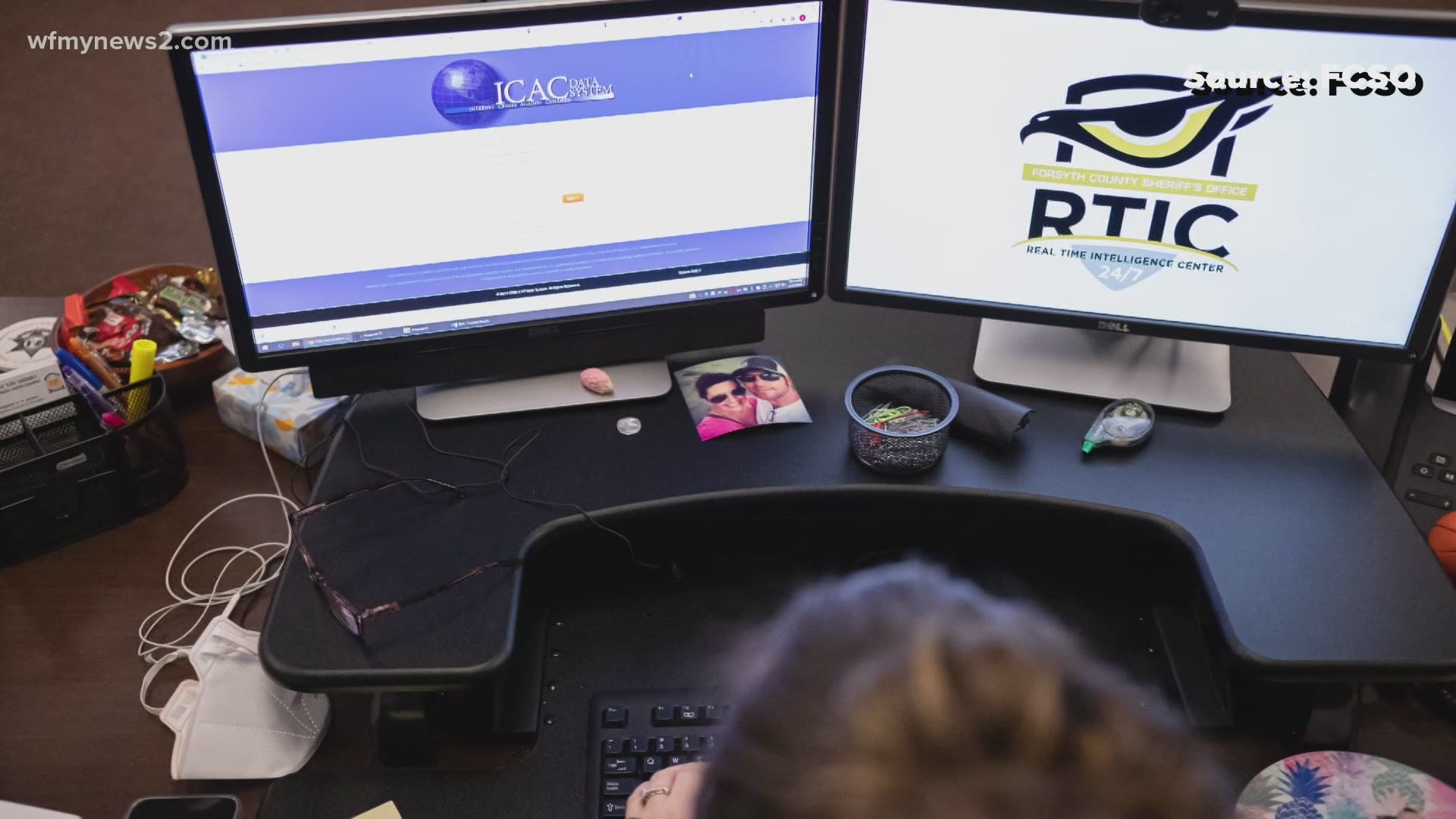