The Mayor says the Confederate Monument will be moved to a secure location until the new site, Salem Cemetery, is ready for the statue. 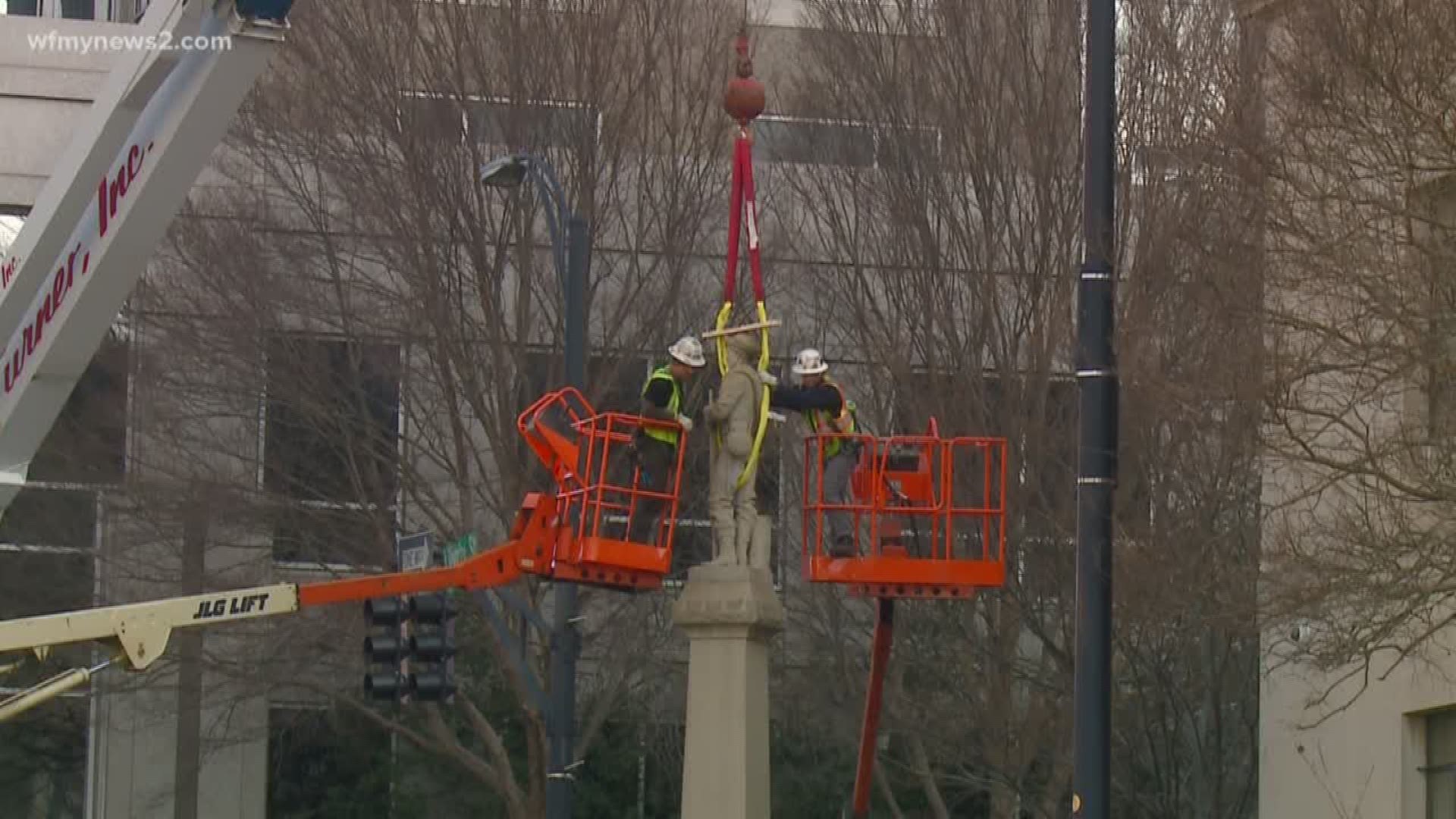 The Confederate Monument will be moved to a private storage space before ultimately going to Salem-Cemetery. On Tuesday, Joines says the cemetery is “an appropriate location” because it has 36 graves of Confederate soldiers.

"We feel like it's a public safety issue," Joines said. "We've seen violence occur all across the country with monuments such as this. We've already seen some levels of vandalism here."

Joines listed public safety as one reason for removal, but also noted the owner of the property that the statue is on, wanted it to be removed. The statue itself is owned by the United Daughters of the Confederacy.  The organization did not respond to a request for comment Tuesday.

This all comes after several months of trying to find a solution for what to do with the statue that worked on all sides.  The United Daughters of the Confederacy did not want to see it move, but Mayor Joines said it ultimately needed to happen and that the City has the power to take it down and move it.  Mayor Joines says it will likely take several months to get the spot in Salem Cemetery ready for reestablishing the statue.

The removal took several hours and shut down certain downtown streets.. The monument has nine sections. Crews focused on removing the monument as carefully as possible to ensure the statue is not damaged.

There is still a pending lawsuit from the United Daughters of the Confederacy to keep the statue where it was.  The next hearing for that is March 25th.

The city says Liberty Street, between the Clark Campbell Transportation Center and Third Street, and Fourth Street between Trade and Main streets will be closed until 7 p.m.

On Feb. 24, crews were seen evaluating the monument, preparing for its disassembly and removal. No official date was announced for the statue's removal.

The city says contractors made an evaluation to ensure the statue will be removed safely and in a fully preserved state. No plans or photos of the original construction are available.