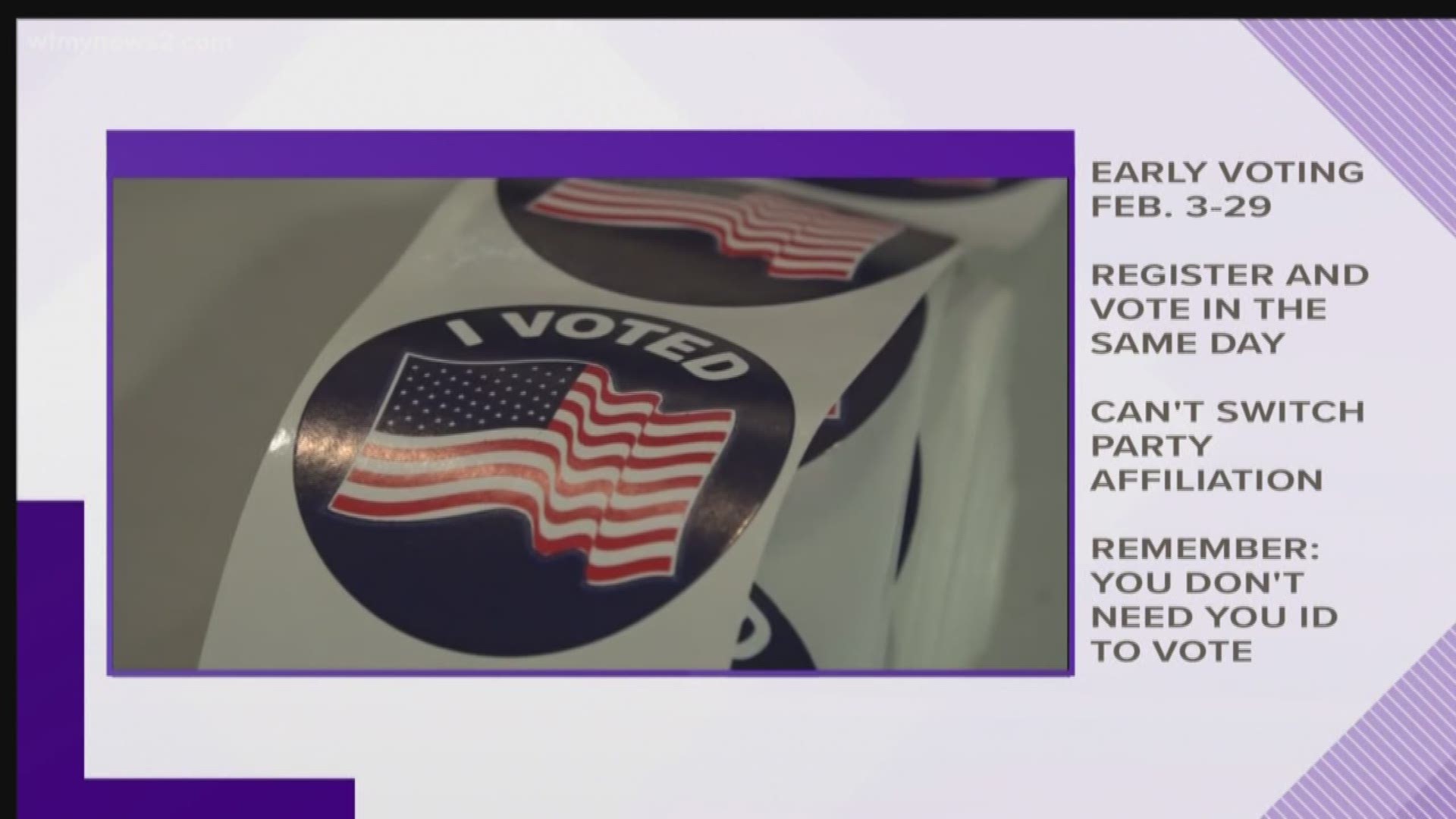 During the 17-day period, any registered voter may vote at any early voting site in their county before the primary, which is March 3. Individuals may also register and vote at the same time using same-day registration. During the early voting period, registered voters may update their name or address, but may not change their party affiliation.

RELATED: VOTER GUIDE: Dates to remember, how to register, and where to vote in the 2020 primaries

To check your voter registration information in North Carolina, go to https://vt.ncsbe.gov/RegLkup/.

To avoid long lines, voters should keep in mind that the busiest early voting days typically are the first and last days.

“Early voting gives North Carolina voters an opportunity to vote at their own convenience, and also to register if they have not already done so,” said Karen Brinson Bell, executive director of the State Board of Elections. “We hope voters take advantage of this opportunity in this important election year.”

What is a primary election?:

In a primary election, voters select which candidates will appear on the ballot for a given political party in the general election in November. Voters who are registered with one of the recognized political parties (Constitution, Democratic, Green, Libertarian or Republican) may only cast ballots in that party’s primary. Unaffiliated voters may request a Democratic, Libertarian or Republican ballot, or nonpartisan ballot, if available.

Voters may also cast their ballots through absentee by-mail voting or in-person on Election Day. The deadline to request an absentee ballot for the March primary is Tuesday, February 25.

Voters must submit an absentee ballot request form by mail or in-person to their county board of elections. For more about absentee voting, view the How to Vote Absentee By Mail resource on the State Board website.

The primary election is March 3, earlier than in previous years. Because weather may be unpredictable on Election Day, the State Board encourages voters to vote early, either by mail or in person.

“The weather in North Carolina in early March can be unpredictable, so we are reminding voters that there are ways to cast their ballot before the March 3 primary,” Brinson Bell said.

Note Regarding Photo ID: Voters are not required to show photo ID for the March 2020 primary election. In a December 31 order, a federal district court blocked North Carolina’s voter photo ID requirement from taking effect. The injunction will remain in place until further order of the court.