Most of us remember that day. We watched the towers fall killing thousands of people. A small group of Greensboro firefighters would go to New York to help. 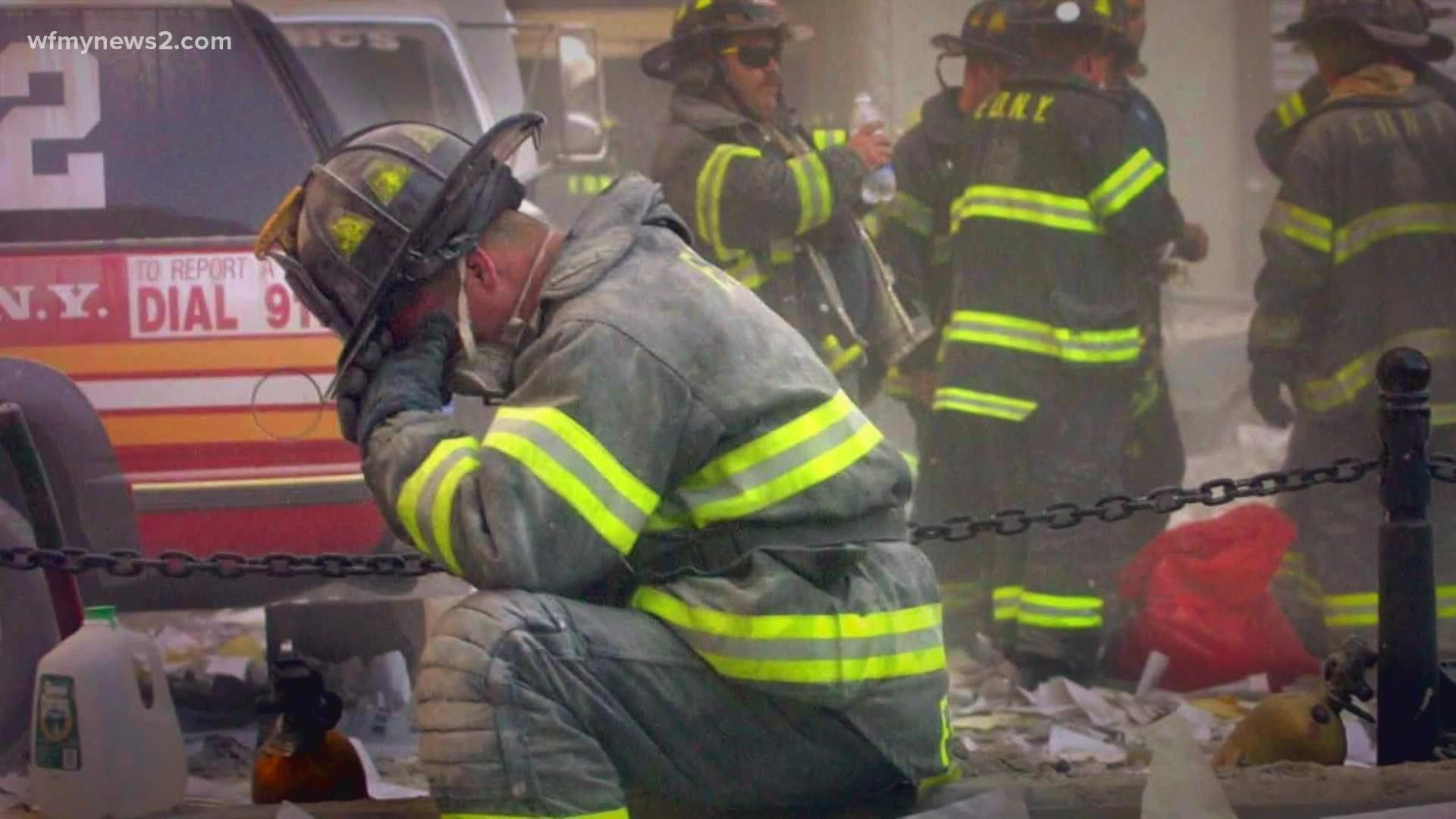 GREENSBORO, N.C. — This Saturday will mark 20 years since the terrorist attack in New York and Washington D.C. Two airplanes slammed into the World Trade Center towers; a third plane hit the Pentagon.

A fourth plane headed for the White House crashed in a Pennsylvania field when people on board the plane rushed the cockpit.

Almost 3,000 people were killed in the attack. More than 6,000 were injured, while thousands more escaped without harm.

Many of those killed were hundreds of firefighters who rushed to the scene to help people escape the burning buildings.

“I remember watching and thinking what I would do,” Greensboro Deputy Chief Dwayne Church said.

A few months later Church and 10 other firefighters including now-retired Chief Danny Shumate went to New York to assist in the recovery operation.

The Greensboro firefighters spent five days sifting through debris from the World Trade Center that was brought to a landfill in Staten Island.

“I feel blessed that I was able to go and help contribute whatever little bit I contributed,” said Shumate.

As the two men reflect on 20 years, they remember the amazing strength and unity that came out of 9/11. Our country united and rallied around each other and our first responders.

“People would come by the station just to shake our hand and say, 'thank you,'” Church said. “We had more food than we knew what to do with.”

These days they both worry that our country has lost its way and hope we can use this anniversary as a reminder that we are better together.

“I do think it’s time for reflection 20 years later, reflect back and (remember) what made our country the greatest country in the world.” Church said. 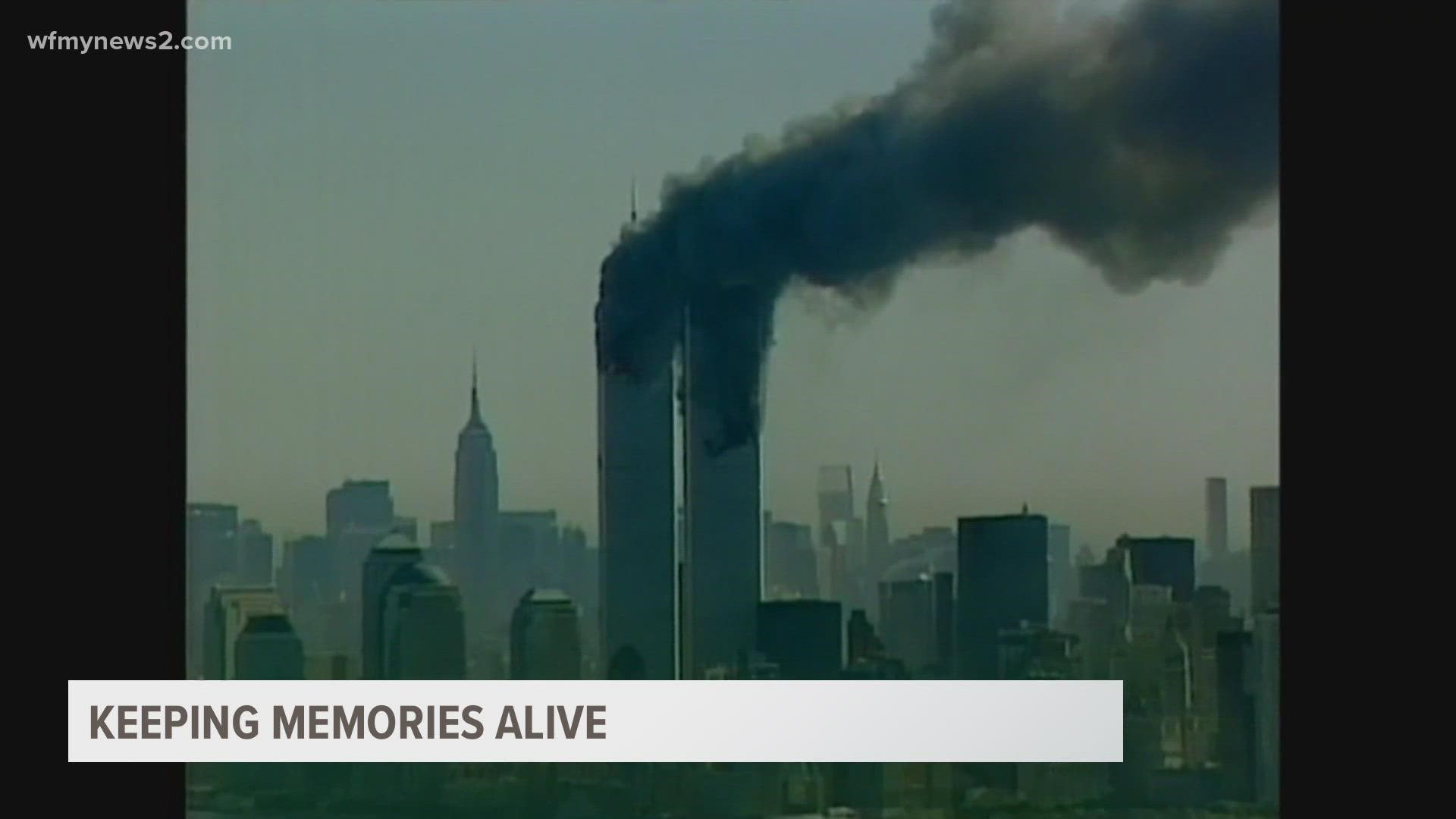