The mural which displays the words "One Love" is located on Davie Street, right in front of the Greensboro Cultural Arts Center. 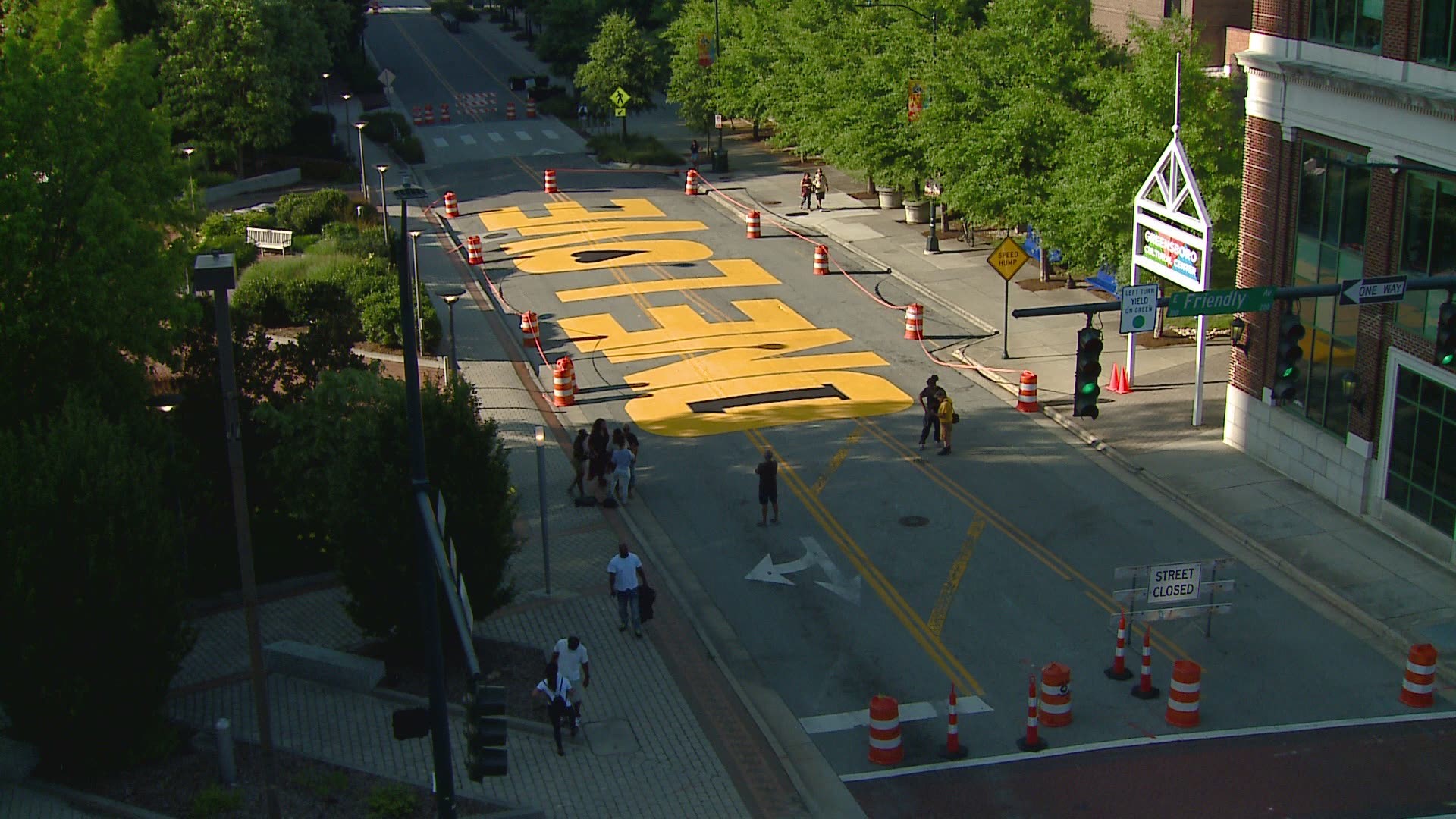 Work had officially begun on the mural over the weekend.

Pictures captured from the scene were taken by WFMY's Brian Hall Sunday afternoon.

The mural which displays the words "One Love" is located on Davie Street, right in front of the Greensboro Cultural Arts Center.

According to a release from the City of Greensboro, this is the first street mural approved under the City’s new Street Mural Program, overseen by the City’s Office of Arts and Culture, Creative Greensboro.

“Creative Greensboro is pleased to support this mural project, which is being made possible by several additional community partnerships. We are excited to see our creative community animating this section of Davie Street in new ways,” said City Chief Creative Economy Officer Ryan Deal.

Several murals across the nation have popped up in the wake of high tensions in America due to police brutality and the killing of George Floyd plus several others.

RELATED: 'We want this for the people' | Groups come together, call into city council meeting to advocate for policy change

RELATED: 'That's The Power of Art!' Greensboro artist explains the message behind the murals