North Carolina is officially the first state in the country to send out absentee by-mail ballots. 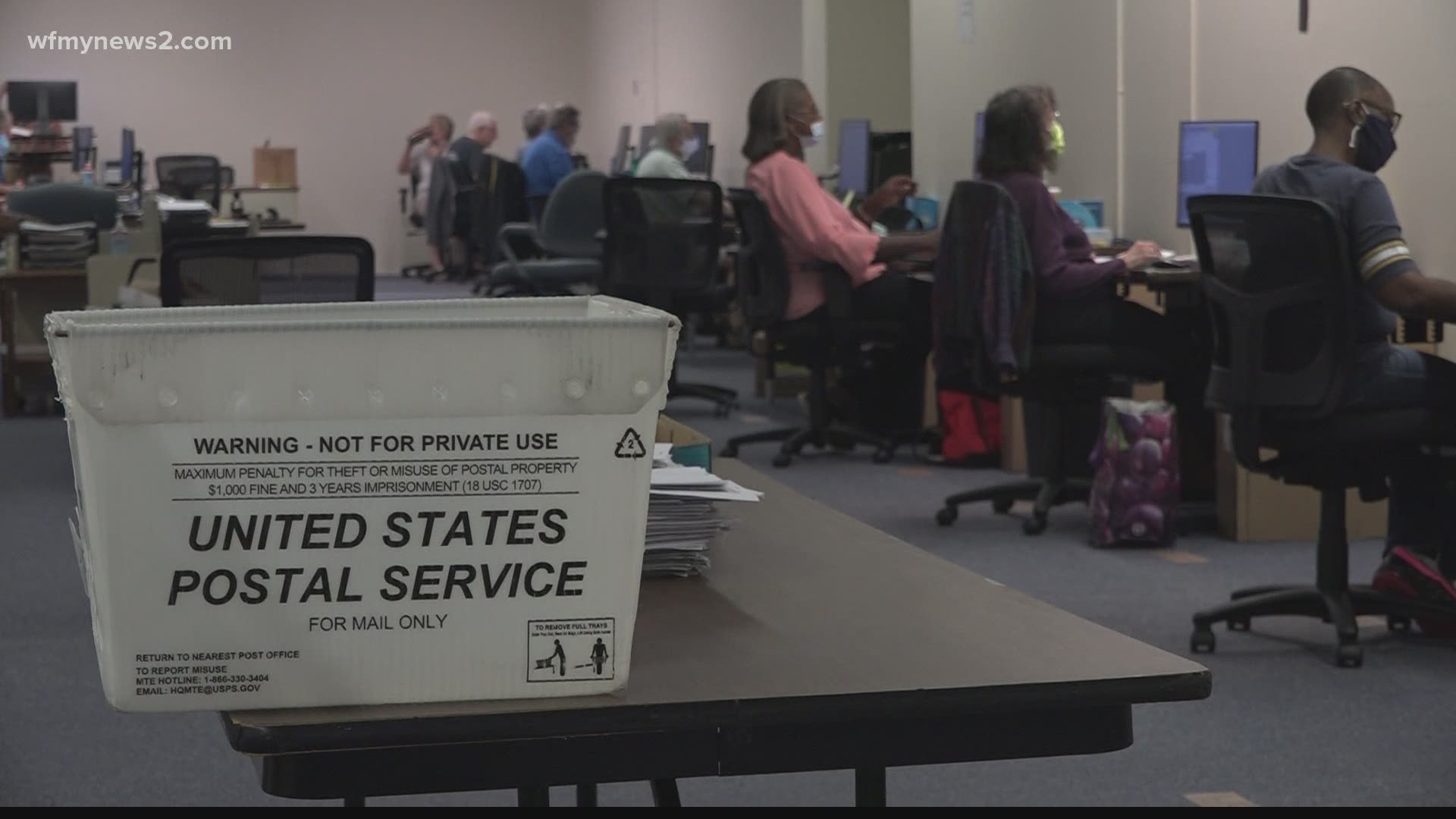 GREENSBORO, N.C. — Absentee by-mail ballots are on their way to mailboxes across the state, officially starting the 2020 Election.

North Carolina became the first state in the country to send those ballots to voters Friday.

The Guilford County Board of Elections received tens of thousands more ballot requests than in previous elections. The demand for absentee voting is spiking across the state and the country.

"A lot of ballots are going out today," Guilford County Board of Elections Director Charlie Collicutt said.

Before ballots were mailed out, applications were checked for errors and then scanned into the county's system. From there, the information to pack absentee envelopes were printed out and put together by election workers.

"Every voter will get a packet. Inside the envelope is going to be a packet of instructions, [a] return envelope for your ballot, there's the place for the voter and the witness to sign and then the voter will have a ballot," Collicut said.

Collicut said it's all part of a different kind of election year and there's a lot of work left to do. In-person early voting starts next month.

"Seeing that first wave of ballots go out in the mail, on one hand, it's relief but on the other hand it's the first day of this 2020 election," Collicut said.

Signs of 2020 are all around with workers masked and hand sanitizer close by, as we all adjust to what voting looks like now.

"Show a little patience because there's a lot, this is an unprecedented number of these things coming in and we're working hard to get them out," Collicut said.

Voters who requested a mail-in ballot can expect them to arrive in the next few weeks. Anyone who is concerned about the status of their ballot can call their local board of elections.

Election workers ask that you fill your ballot out quickly and send it back either through the mail or drop it off at the board of elections office.

RELATED: First round of absentee ballots on the way to more than half-a-million North Carolinians

RELATED: The easiest way to get an absentee ballot in NC

RELATED: Vote: Finding your early voting place or getting an absentee ballot