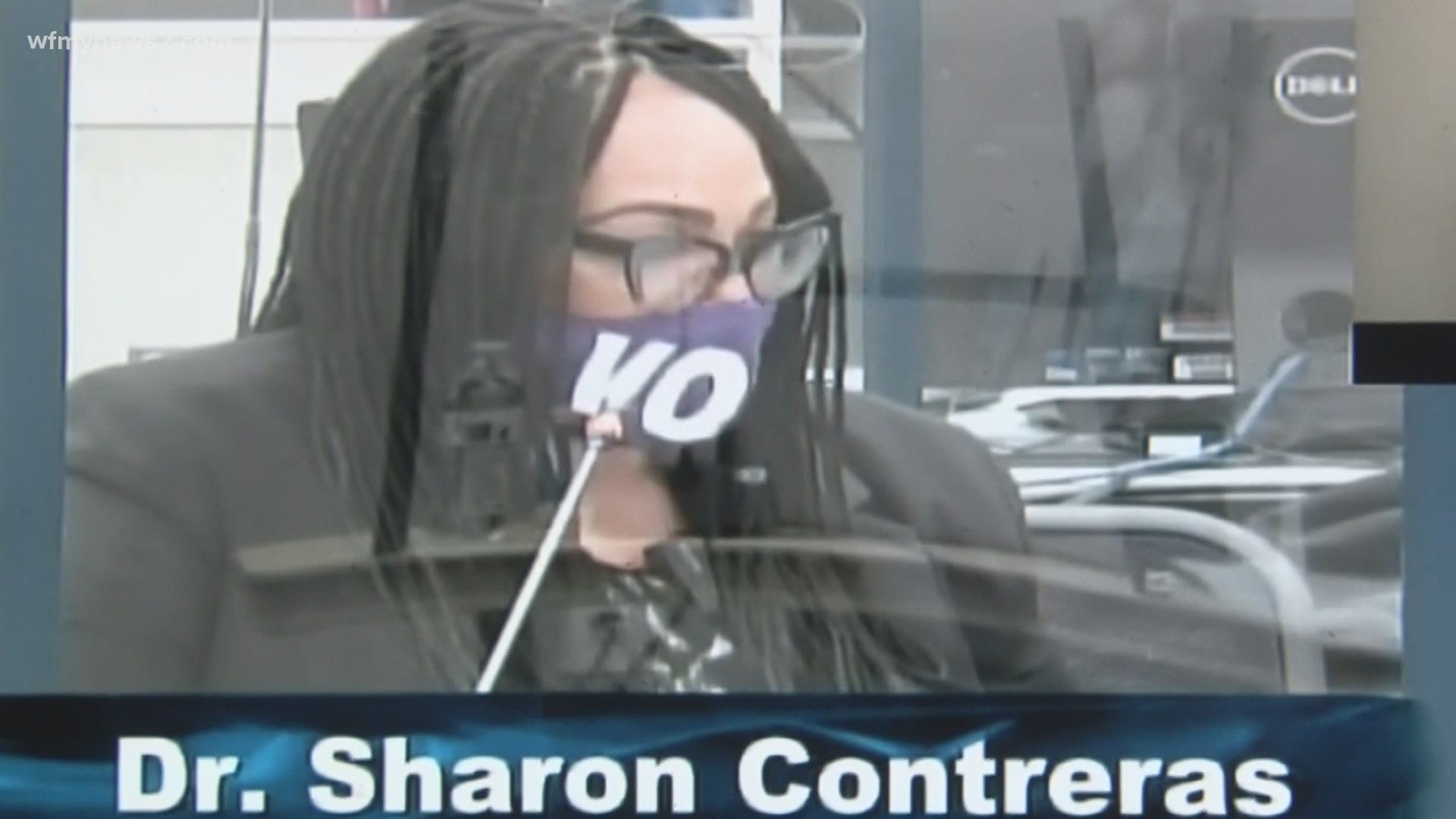 GUILFORD COUNTY, N.C. — Guilford County Schools Superintendent Dr. Sharon Contreras made a striking statement on Twitter following the news that the superintendent in a neighboring district is taking a position with a different school system.

"This is such a loss for children. The toxic & hostile work environments that female superintendents endure in NC and across the US must be investigated & addressed. Silence = Complicity. I Said it," Contreras tweeted Friday.

This is such a loss for children. The toxic & hostile work environments that female superintendents endure in NC and across the US must be investigated & addressed. Silence = Complicity #ISaidIt @chiefsforchange @NCSBA @NCASAtweets @AASAHQ @NSBAPublicEd https://t.co/HcZeD5ymPi

WFMY News 2 reached out to Dr. Contreras about her tweet. She said it speaks for itself. She would not do any on-camera interviews.

During a news conference Friday afternoon, Dr. Hairston was asked about the tweet.

"Superintendents across this nation become the sponge, if you will, or the target of so many emotions," said Hairston.

We also reached out to Guilford County School Board members about it.

Vice-Chair Linda Welborn said their board has faced challenges, and the style of management may not always be cohesive with the board.

Board member Khem Irby says she doesn't think the superintendent was referring specifically to Guilford County schools, but that it's an issue that should be looked at.

Julia Rafal-Baer with Chiefs for Change has researched the issue and said Dr. Contreras's tweet highlights a problem happening across the U-S.

Rafal-Baer said despite the education industry being dominated by women, their research found one-third of superintendents are female, and 11 percent are women of color.