Guilford County Schools says they get an average of 289 substitute requests per day and 56% of them get filled. 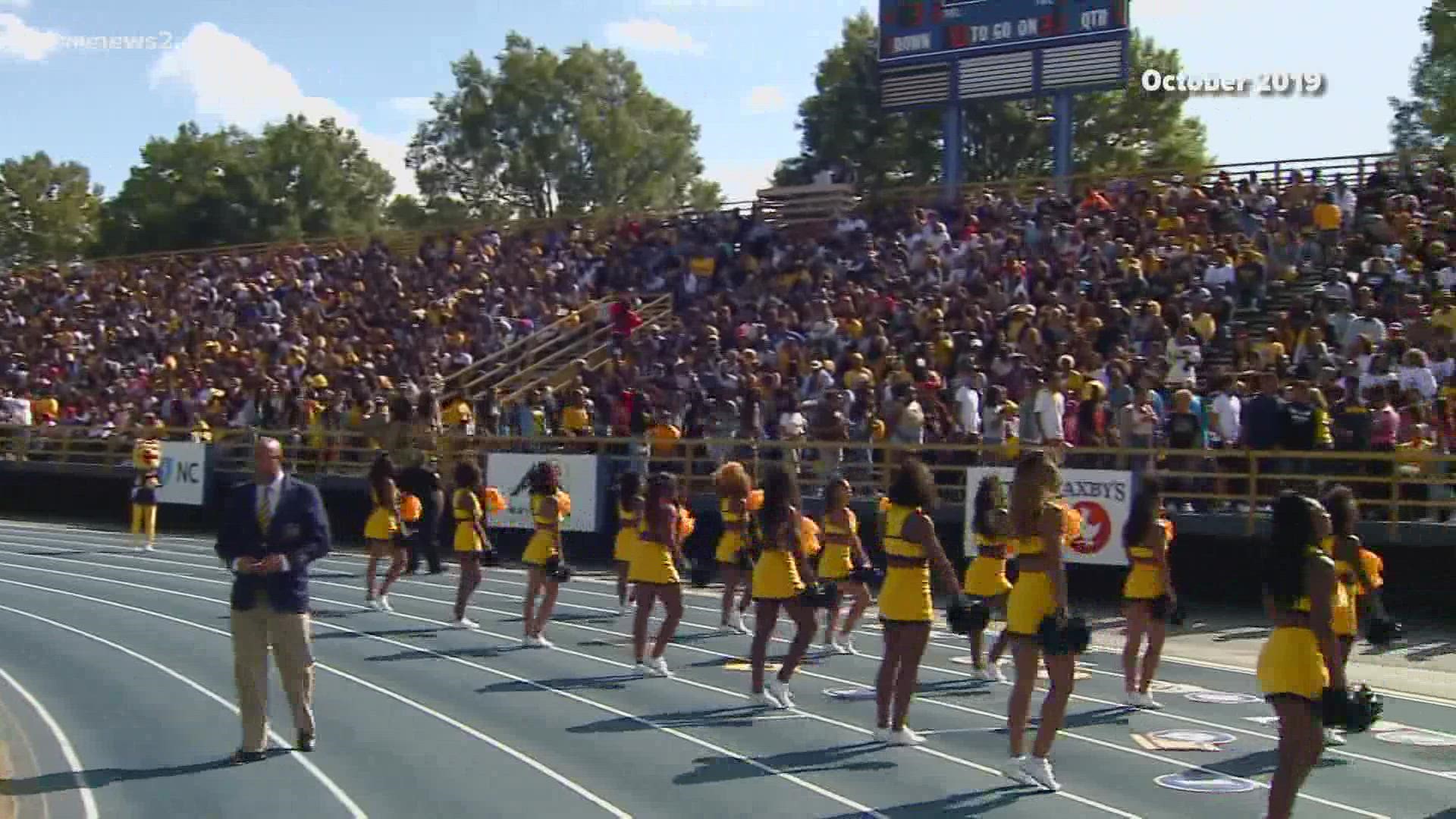 October 29 is the homecoming game for North Carolina A&T after last year's event was cancelled due to the pandemic. Guilford County Schools says, in the past, they've received more than 1000 leave requests for this time of year which leaves 25% of the district's children without a teacher.

"It’s not unanticipated," said Western Guilford Middle School teacher Lindsey Fowler. "So I feel like a more proactive response from GCS would not have been as detrimental to the morale of teachers and other staff in the building.”

On Monday, the district sent out an email that read:

"Due to the extreme shortage of available substitutes, there will be no “leave request” approved for Friday, October 29, 2021. Any previously approved leaves are rescinded effective, Monday, October 25, 2021.

Previously approved medical leaves must be verified by presenting a doctor’s note to your immediate supervisor. Any other exceptions must be approved through the Human Resources Office before a leave can be granted. Exceptions must be detailed in writing with your work location and sent to hr@gcsnc.com.

Thank you for your understanding of this critical time that our schools are facing."

Fowler is a member of the Roanoke Symphony Orchestra, which has a scheduled performance on Friday. When she received an email Monday saying all leave for that day would not be approved, she got nervous.

"I want to do well at all my jobs so I didn’t want to get in trouble at my school because I have a second job and I didn’t want to face repercussions at the symphony because, at the last minute, my job told me I couldn’t take off," said Fowler.

She said she didn't see an issue when submitting her leave. It is a teacher workday at her school all week. More than 20 GCS schools have work days this week, meaning there are no students in class. Fowler reached out to the Guilford County Association of Educators who advised her on the next steps. She contacted human resources and submitted documentation to prove her symphony schedule. GCS granted her leave on Wednesday.

“I know that some teachers don’t feel like their time is being valued right now and that their professionalism and how they conduct their lives is being valued," said Fowler.

GCS says they get an average of 289 substitute requests per day and about 56% of those get filled.

“This is not a new problem for the school year and I understand that my absence had to do with my second job but a lot of other people had other things," said Fowler.

"Monday, dozens of GCS employees were confronting the loss of thousands of dollars in nonrefundable fees for airline tickets, hotels, and catering companies following Superintendent Contreras’ decision to cancel leave requests for the Friday before A&T’s Homecoming, a day hundreds of employees traditionally take time off to travel with their families. 9,800 Guilford County Schools employees received an email from Marshall Matson, Chief of Schools, rescinding approved personal leave time and requiring verification of any sick leave to be used on October 29.

Guilford County Educators were required to verify their previously approved personal leave before it would be granted. Until Monday, October 25, employees have never been required to provide detailed accounts of the use of personal leave prior to approval."

Monday, October 25 and Tuesday, October 26 were teacher workdays in the district. News 2 asked a spokesperson for GCS why those dates couldn't be moved to accommodate N.C. A&T homecoming, they had no comment.

“This is an especially challenging year for educators and to face the loss of money, rest, time with family is particularly alarming given such short notice," said Kenya Donaldson, GCAE President. "Throughout the week the district has slowly granted leave for any staff member proving they have plans beyond attending NC A&T homecoming. This process of granting personal leave is unprecedented in that an employee has never before been required to document the reason for their earned personal leave.”