The petition has more than 18,000 signatures. The creator wants to make sure gym owners' voices are heard. 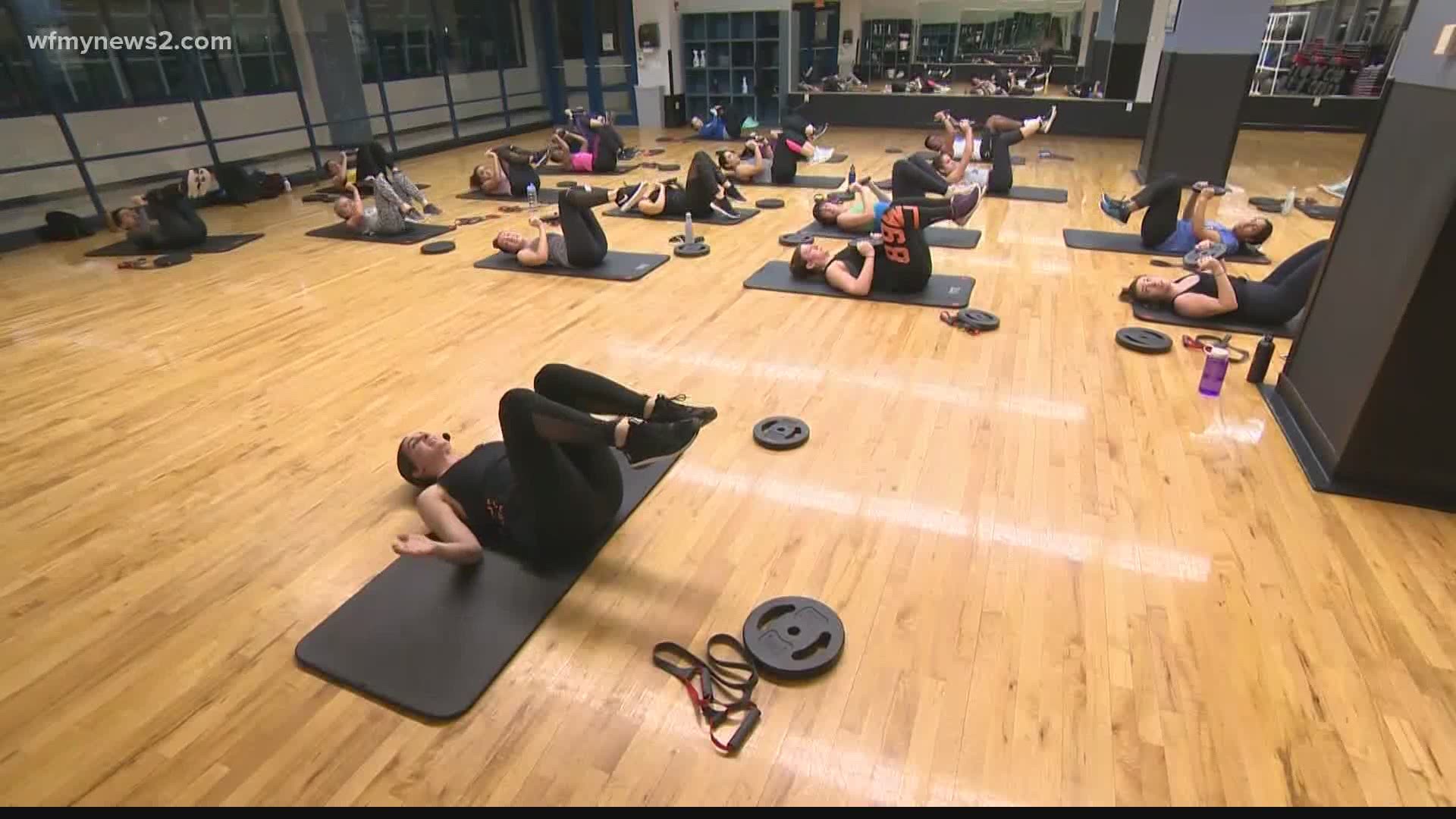 GREENSBORO, N.C. — The push to reopen gyms and fitness studios in North Carolina is heating up.

They were taken off the list of businesses allowed to reopen at 5 p.m. Friday as the state entered Phase 2.

Now, a group of business owners teamed up to file a lawsuit against Governor Cooper's office.

In just 24 hours, the group of health clubs, fitness centers, fitness instructors, dance studios, and martial arts studios from all across the state raised more $15,000 to retain the services of attorney Chuck Kitchen.

Kitchen is the same attorney who worked on behalf of hair salons who planned to file a lawsuit against the governor's office.

In the Triad, Will Powell owner of Powell Fitness in Greensboro is trying to assemble a second coalition and a second attorney to file a temporary restraining order.

"The goal is to get a TRO so that we can open and operate in the second phase of the economy opening and we feel that this is the shortest route to us getting to open right away and get our businesses going again and get our people serviced again," Powell said.

"We just want to be heard. You can't just make a decision in the dark and shut us down. It's livelihoods that we are affecting and lives and mental capacity," he said. "This is hurting a lot of people. And they've got to know what that decision and the ramifications are for everybody."

Gym owners said reopening is not just business. They said it's also about the wellness of their clients.

"We’re not doctors but we do know exercise, healthy food, and sense of community build health. And when you build health, you build immunity," Powell said.

Gyms may be allowed to reopen in Phase 3. The state could enter that as early as June 26th.

RELATED: 'We are standing on the side of responsibility' | Despite exemption from Executive Orders, many houses of worship remain closed to in-person service

RELATED: What does phase 2 reopening mean for churches, weddings, and funerals?

RELATED: What you should know about North Carolina’s Safer-at-Home Phase 2 Reopening plan