Is it a realistic goal? Triad counties aim for 70% of adults partially vaccinated by July 4th

"That's the goal you're seeing nationally from the Biden administration and we're pushing toward that too," Forsyth County Public Health Director Joshua Swift said. 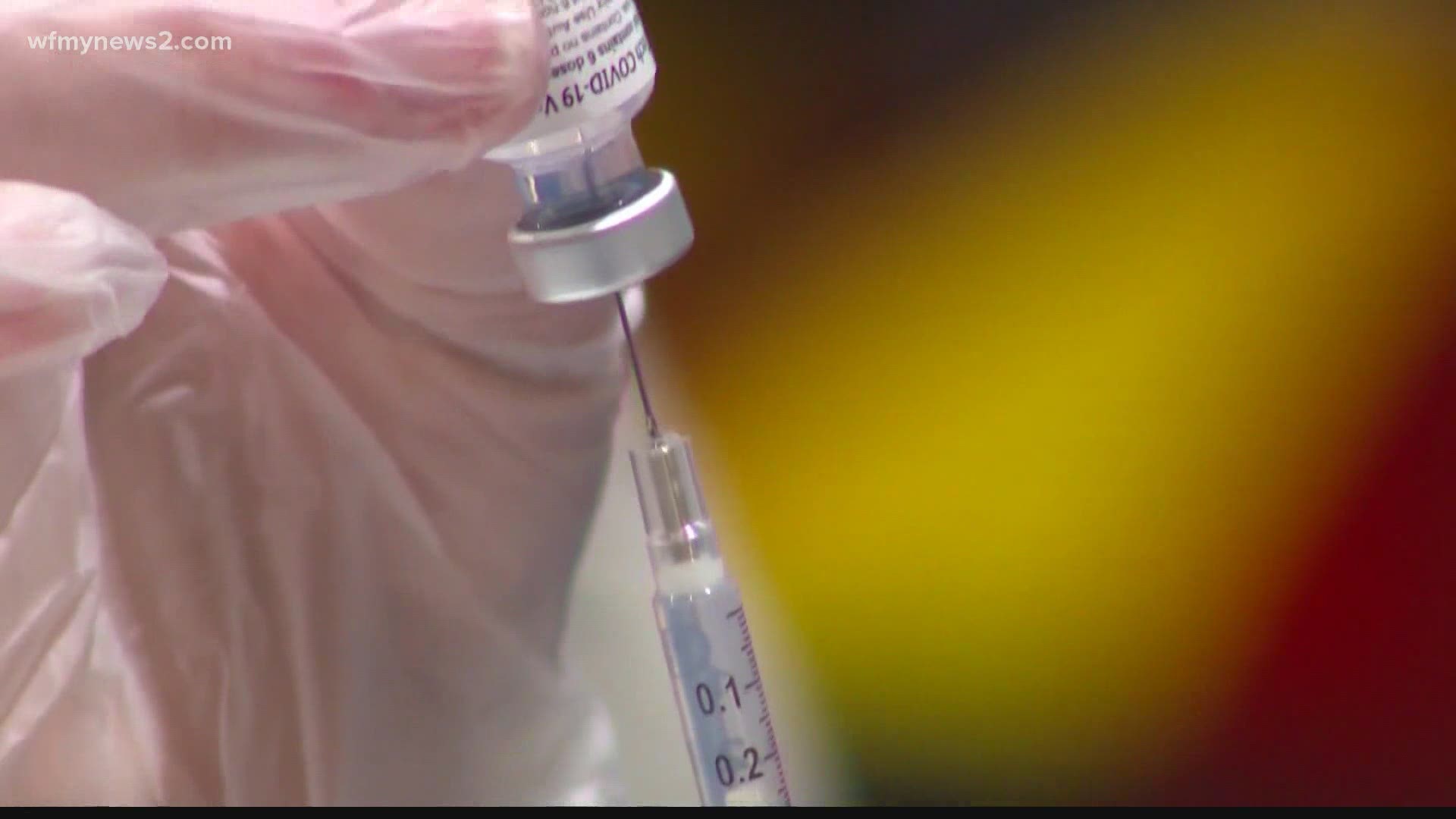 FORSYTH COUNTY, N.C. — It's a national goal set by President Joe Biden - get 70% of adults at least partially vaccinated by July 4.

Here in North Carolina, Governor Cooper continues to push for the same. Even Triad counties are individually striving to hit that number.

"Our goal is 70% of adults, that's the goal you're seeing nationally from the Biden administration and we're pushing toward that," Forsyth County Public Health Director Joshua Swift said.

But it probably won't happen.

"Right now roughly 57% of adults in Forsyth county have had at least one dose."

Less than a month out, Swift said that number is unlikely to climb in time.

"I don't realistically see it by July 4, but hopefully by the end of the summer," he explained. "We're pushing toward that and have made the vaccine more accessible and convenient, but it's slower progress because less and less people are coming to get vaccinated."

We're seeing it across the board. The Guilford County Health Department provided this chart that shows the decline in demand.

We have provided 45,068 1st doses and 48,138 2nd doses at the Coliseum since opening. We have seen a decrease in demand for 1st doses since April. We are now focusing our efforts on mobile efforts out in community centers, churches & businesses to meet people where they live and work. Additionally, we have started a homebound program to reach those that are unable to come to a fixed or mobile site.

While demand has dropped, health officials keep urging people to get a shot. Especially as new variants emerge like the Delta variant.

RELATED: COVID-19 variants given new names based on Greek alphabet

"This has always been a race against the variants, and what we have coming in our direction is a variant that spreads even faster than what we've seen before," Dr. Cameron Webb said. He's the Senior Advisor for Equity on the White House COVID-19 Task Force.

Dr. Webb said the vaccines already out there can fight against the Delta variant.

"Whether it's in southern states where we do see lower vaccination rates compared to some of the other states, anywhere we see lower rates of vaccination that's where you're going to see the most risk."

Swift believes those who are on the fence about the vaccine might still get it.

"We’re hopeful there’s a good percentage of the population still interested in getting the vaccine. Maybe others who were on the fence are seeing friends and family who have gotten the vaccine and are like 'OK maybe now it's time to get it, it's been six months and they're fine."