Kernersville man arrested for his role in the U.S. Capitol riots

Investigators said they believe Charles Donohoe helped organize the attack on the Capitol. 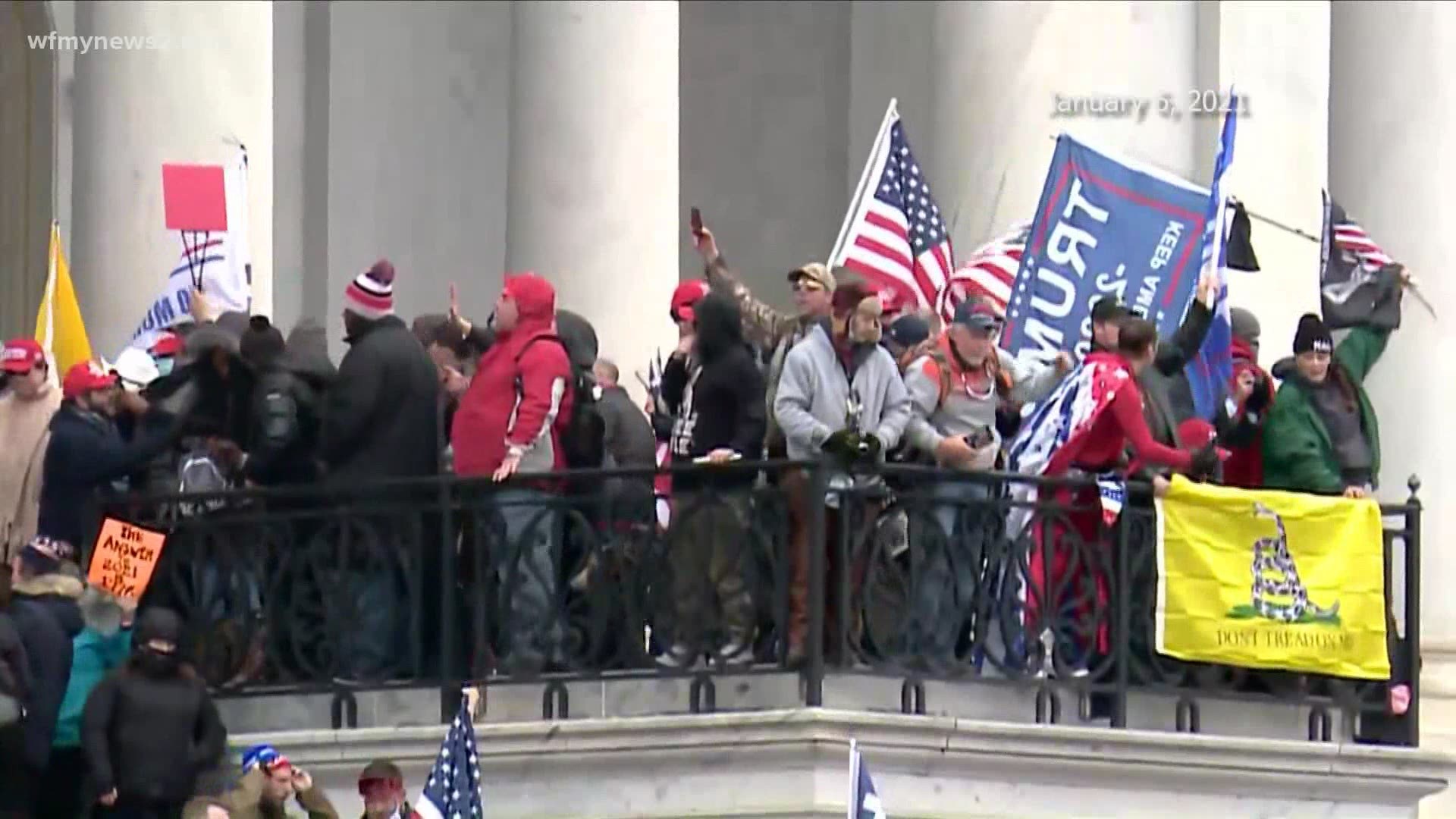 KERNERSVILLE, N.C. — Another Triad man is charged in connection to the riot at the U.S. Capitol on January 6.

Charles Donohoe was arrested on charges including conspiracy Wednesday.

33-year-old Charles Donohoe lives in Kernersville and is the president of a local Proud Boys chapter.

The Proud Boys is an extremist group of which several of those arrested in the January 6 riots are members.

Investigators haven't said whether they believe he entered the Capitol.

Donohoe is one of four defendants named in a U.S. District Court indictment. All of them are said to be members or leaders of the Proud Boys.

Prosecutors said Donohoe and others removed metal barriers on Capitol grounds and continued toward the building.

They also said Donohoe helped the crowd move up a flight of outdoor stairs, overwhelming police officers who tried to stop them from entering the Capitol.

According to the indictment as some rioters left the Capitol later that afternoon, he posted in an encrypted message channel, "[W]e are regrouping with a second force."

Prosecutors said he posted a message after the attack that said, "We stormed the Capitol unarmed... and we took it over unarmed."

The indictment also focuses on Donohoes' messages prior to January 6. According to prosecutors, he said he was worried that law enforcement would find encrypted chatrooms.

He created a new one and later encouraged others to stop conversations about planning and create another room.

"This comes from the top," he said in a message.

Many of the court documents in this case are still sealed. Donohoe will remain in custody after an appearance in a Winston-Salem courtroom Friday afternoon.