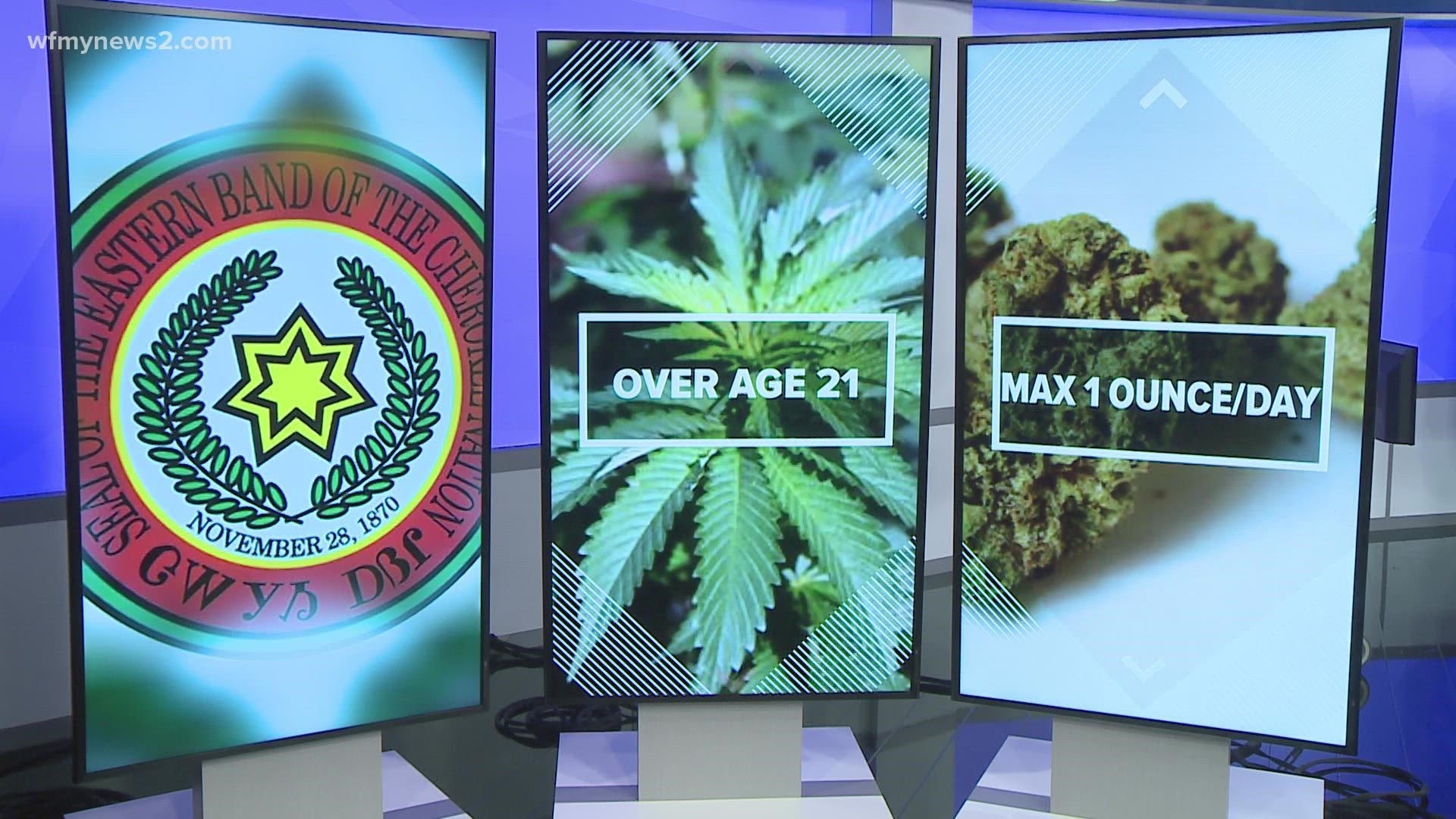 CHEROKEE, N.C. — Medical marijuana is now legal on Cherokee land in western North Carolina, according to a press release from the Eastern Band of Cherokee Indians.

The Eastern Band of Cherokee Indians Tribal Council approved an ordinance on August 5 to legalize the cultivation, sale, and usage of medical marijuana on the Qualla Boundary, which is about 45 miles west of Asheville.

The move signifies the first location in North Carolina where medical marijuana is legal.

Richard Sneed, Principal Chief, released a statement following the decision, writing in part, "the Council’s approval of a medical marijuana ordinance is a testament to the changing attitudes toward legal marijuana and a recognition of the growing body of evidence that supports cannabis as medicine, particularly for those with debilitating conditions like cancer and chronic pain."

The tribe will form a cannabis control board that will be in charge of licensing all cultivation, processing, dispensary and laboratory locations.

A licensed dispensary will be opened in Cherokee, according to a news release.

The purchase limit is one ounce of medical cannabis per day and no more than six ounces per month.