North Carolina Highway Patrol members from Stokes and Surry counties grabbed the mic and provided another memorable performance for the state's finest. 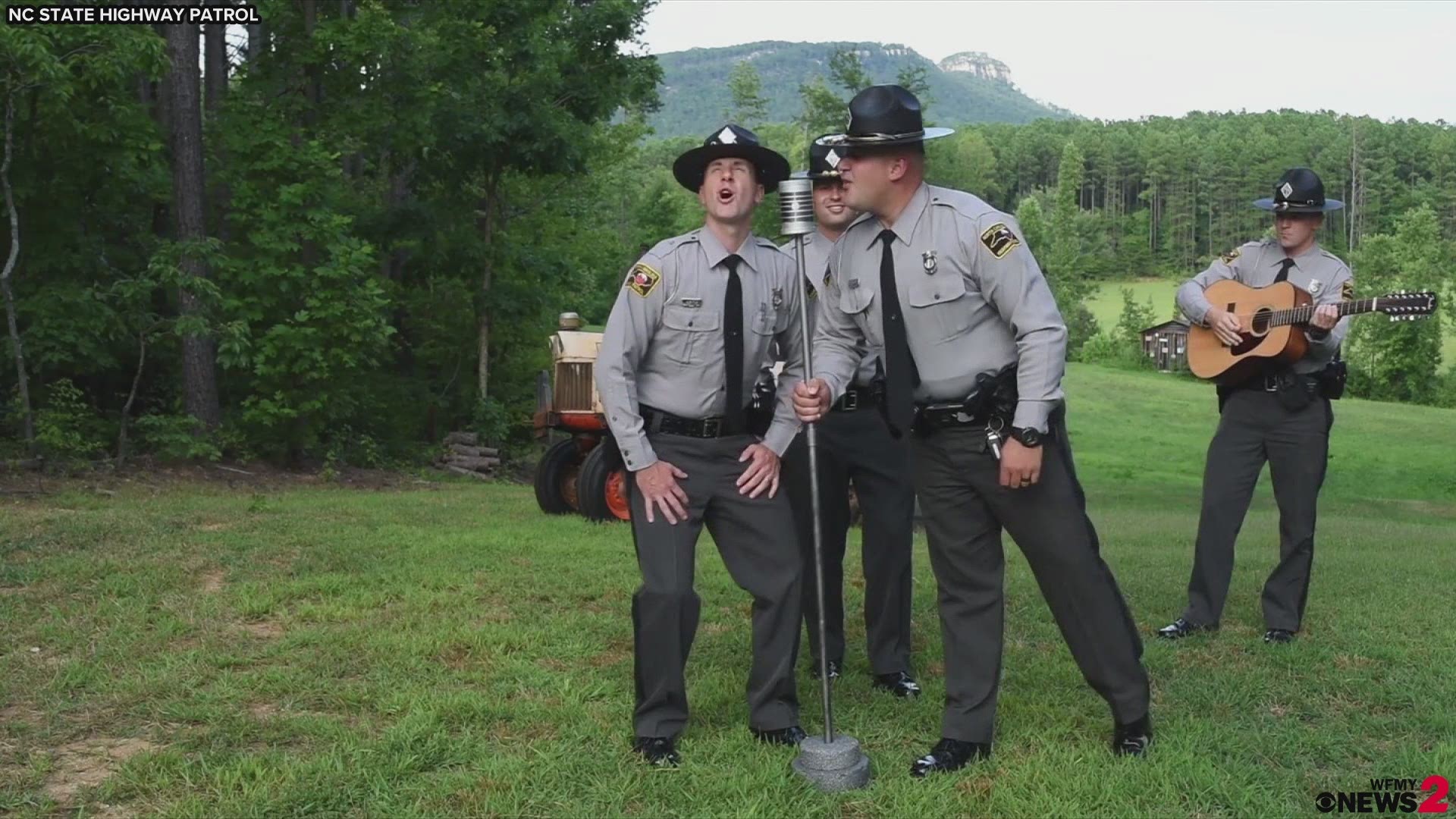 Another entry in the trend came out Monday afternoon from Patrolmen in Stokes and Surry counties. Of course, it's already drawn laughs and shares across the country.

The Patrol gave a rousing performance of 'Man of Constant Sorrow,' most known from the movie 'O Brother, Where Art Thou?' The agency posted their video on Facebook page Monday afternoon and it went viral almost instantly. The video features one trooper singing, two having a pretty good time dancing and another strumming the guitar.

After the video, a graphic appears honoring late North Carolina Trooper Samuel Bullard, who died in a crash while on duty during the spring.

Earlier this month, Trooper Whit Efird was a hit for his video lip syncing Junior Brown's 'Highway Patrol.' Randolph County started producing a video recently and Greensboro police are in the middle of making one as well. The Virginia Beach Police Department recently came out with a hilarious rendition of their own, featuring Drake's 'Hotline Bling,' Pharrell's 'Happy' and Bonnie Taylor's 'Holding Out For A Hero.'