'He is in a Better Place': Father of Noah Chambers Says 11-Year-Old Has Died After Car Hit Him While Trick-or-Treating 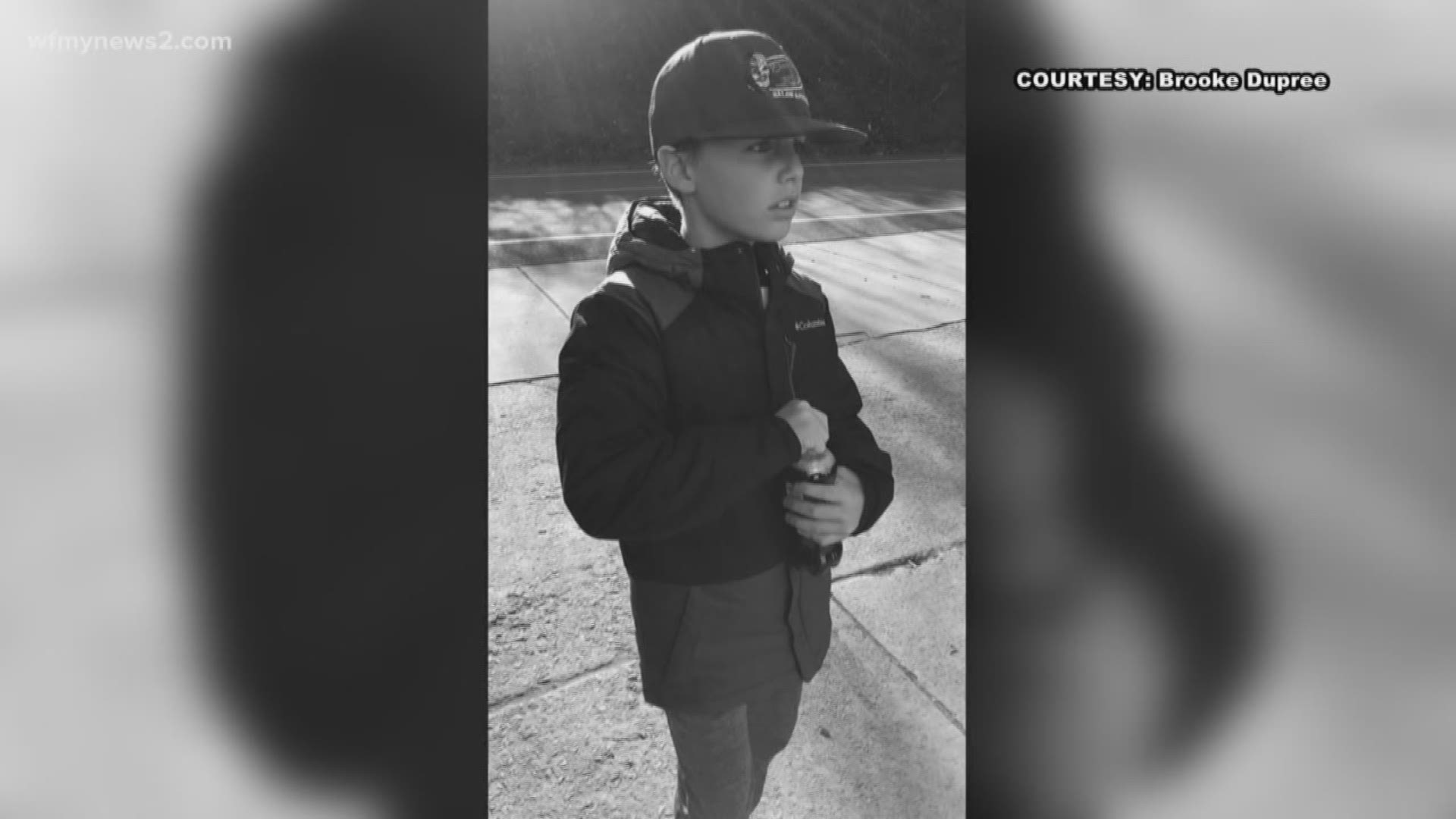 UPDATE: The father of Noah Chambers confirms his son was pronounced brain dead and passed away Sunday afternoon.  Robert Chambers said Noah's last brain test at 12:30 p.m. Sunday showed he was not responsive.

"He is in a better place. His spirit, his attitude, his joy, his laughter," said Robert. "He is up there looking over everybody."

Noah had been fighting for this life at Wake Forest Baptist Medical Center since Friday night when he was hit by a car while trick-or-treating at a church in Oak Ridge, NC.

The N.C. State Highway Patrol issued a release after Noah's death on Sunday. It states that the driver who hit Noah was not speeding or impaired, and that no charges have been made against the driver.

Noah Chambers was a 6th grade student at Rockingham County Middle School, according to a release from the school system Sunday night.

Students who attend Noah's middle school will be read a statement and the school will hold a moment of silence to honor the 11-year-old boy who died, the release states:

"We wanted to extend our sincere condolences to the family of Noah Chambers. We are very sad for their loss and we will miss Noah so very much. Noah was a very sweet child and he was well liked by his friends and staff. We will have additional crisis counselors at RCMS tomorrow and for as long as we need them. We will also have a moment of silence in honor of Noah tomorrow morning. The students will also have the opportunity to make cards for the family of Noah so that they know we are thinking of them. Our thoughts and prayers are with the family of Noah Chambers and our RCMS family."

1 / 10
Brooke Ashley Dupree
Photos of Noah Chambers with his mom.

The grandmother of an 11-year-old boy hit by a car while trick-or-treating says the child will be taken off of life support Sunday morning, unless one final brain scan shows signs of recovery. The family is asking everyone to pray for a miracle.

"They did the brain scan at 7 o'clock tonight, and it was not a success. His brain is not interacting or responding to anything at all," Renea Smith, Noah Chambers' grandmother, tells WFMY News 2.

RELATED: 'We Need a Miracle': 11-Year-Old in Critical Condition After Being Hit at a Trunk Or Treat Event in Guilford County

"They are going to do one more test in 12 hours to see if anything has changed. And if not, they are going to take [Noah] off the ventilator," Smith said. "He is on a breathing machine right now helping him breathe, because he cannot breathe on his own."

Noah Chambers was attempting to cross the road at a Trunk-or-Treat event in Oak Ridge, according to NC State Highway Patrol (NCSHP). The accident happened around 7:13 p.m. Friday in the 8400 block of Haw River Road at Bethel United Methodist Church.

Smith said about 70 people have been in the hospital supporting the boy and his family since the incident.

"He came by ambulance. When he got here, his face was scratched up. He has trauma to his head. One of his kidneys had to have a tube put in to drain, because it was not working properly. His kidneys are not functioning. He is just not responding to anybody," said Smith.

Smith said her grandson also suffered a fractured pelvis from the hit. She is heartbroken seeing what her family is going through.

"I feel numb. I am heartbroken. I feel somebody has just ripped my heart out, and just stomped it. And I haven't ate or slept in two days. All I'm doing is praying and just asking God, please work a miracle. This is my grandson, my little boy, I just don't want to lose him," said Smith.

The family is asking everyone to pray for a miracle tonight, and Smith said they are grateful for the outpouring of love.

"We have had people praying for him from around the world -- Thousands and thousands of people," said Smith. "Just continue to keep us in your prayers because we are going to need it now more than ever."

N.C. State Highway Patrol confirmed Saturday night that no charges have been filed against the driver who hit Noah. The driver remained on scene and cooperated with investigators, authorities said.