Jeremy Wayne Maggard, 32, was arrested and charged with damaging city property. He was then released on bond. 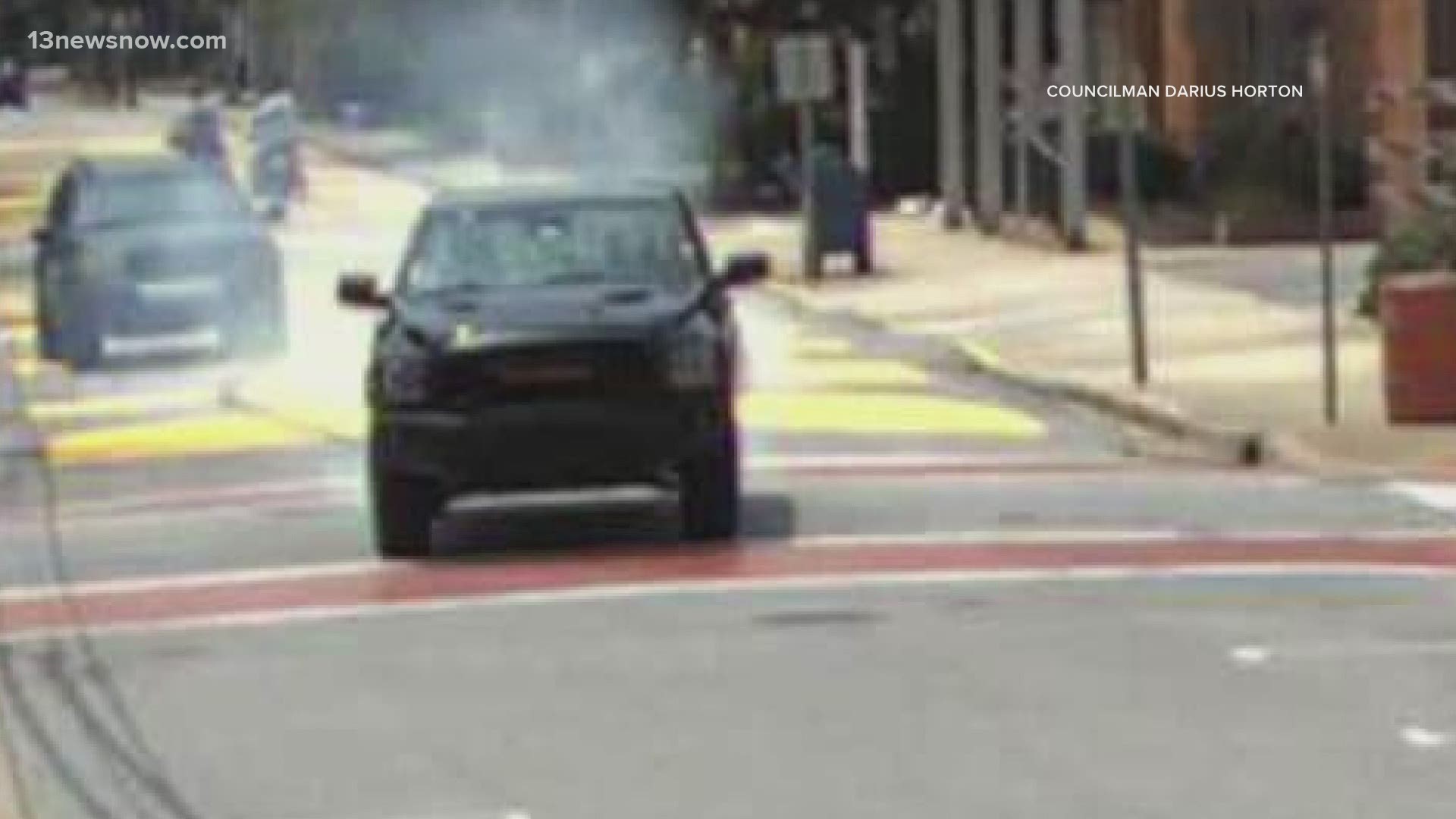 In a Tuesday press release, the department announced its investigation had led to Jeremy Wayne Maggard, 32.

Police think Maggard's black Dodge Ram was the vehicle that left skid marks all over the city's new mural. He was charged with Injury to Real Property and Reckless Driving.

Before the arrest, Elizabeth City leaders sent out a community-wide call to ask for tips in the case.

Bones and his team said it took them about six days to complete the Black Lives Matter mural on East Colonial Avenue. Bones said they unveiled the finished mural on Saturday and the next day, he saw the trail of tire marks across the letters.

“They’re going out of their way to drive on and leave skid marks. We’ve had it happen to us twice," said Bones.

“I was utterly disgusted to learn that just hours after we dedicated it that an individual would try to defame and deface that, after the artist worked so hard to make that a reality," said Horton.

“We just hope ... that law enforcement here will find the person who did this and justice will be done," said Pasquotank County NAACP Chapter President Keith Rivers.

Bones said the tire marks and other drivers who leave them are not going to stop the message of change through the Black Lives Matter movement.

“You’ll be on camera and you’re not going to be able to break our morale with vandalizing the mural.”

Bones said it will take a few days to be able to repair the damage done to the mural.

Police said Maggard was released from jail on a $500 bond. He's set to appear in Pasquotank County District Court on August 26.

A spokesperson for the department said officers are still investigating the damage to the mural. If you know anything that could help, please call the Elizabeth City Police Department at 252-335-4321 or the Crime Line at 252-335-5555.