Karen Haygood paused her return to work because she was worried about catching the virus, especially because she is considered high-risk. 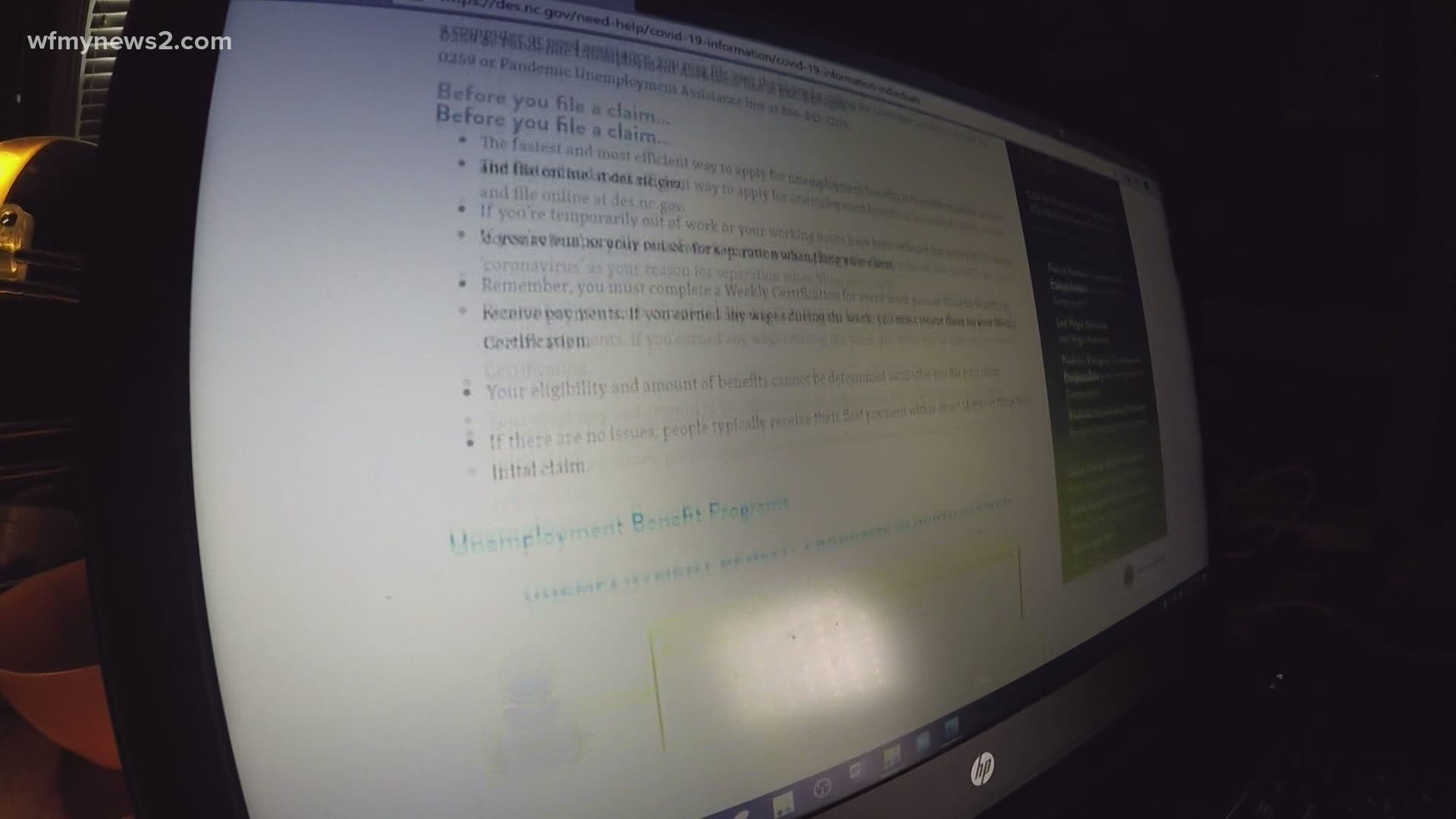 GREENSBORO, N.C. — As North Carolina and other states try to get back to normal following a rough year in 2020, many are still dealing with the economic impact. Millions of people across the country were laid off or let go from work. Businesses were shut down with many closing for good.

Karen Haygood was part of a massive wave of employees that were temporarily furloughed from their jobs. Haygood worked in the retail industry and when the pandemic hit, the store had to shut down.

“I was furloughed from my job when the pandemic hit, and then they called me back, but I couldn’t go because I had surgery scheduled,” Haygood said.

Haygood said she was one of the last employees called back to work. After her surgery and recovery, Haygood was set to go back to work. The problem for Haygood is that she is considered high risk when it comes to COVID-19. Haygood did not feel comfortable going back to work after she said her employer would not make customers wear a mask. She decided not to go back to work.

“I was drawing on unemployment and then all of a sudden my unemployment stopped. I got a letter saying that I owe (DES) backpay because I left my job because I was sick,” Haygood said.

Haygood said it wasn't because she was sick - it was because she didn't want to risk getting sick. She told News 2 she left work because she was worried about catching the virus and didn’t feel comfortable with the policies and procedures in place.

Her employer challenged the claim. Haygood was not only being cut off but was being asked to pay back more than $1,000.

After contacting us, we did some investigating and reached out to DES. Haygood also contacted Legal Aid to assist her in this matter. An appeal was scheduled a couple of months later.

“I consider myself to be the little people and sometimes you need someone bigger than you to help,” Haygood said.

The Legal Aid attorney appeared with Haygood at the appeal hearing and presented the case. A ruling was rendered a short time later - the initial decision was reversed. Haygood was able to collect backpay for around $4,800.

“They put back what they owed me and gave me the money they took out,” Haygood said. “I was happy and appreciative.”