Luis Mendoza says he doesn't want the suspect locked up because he believes he's young. He would rather his parents teach him right from wrong. 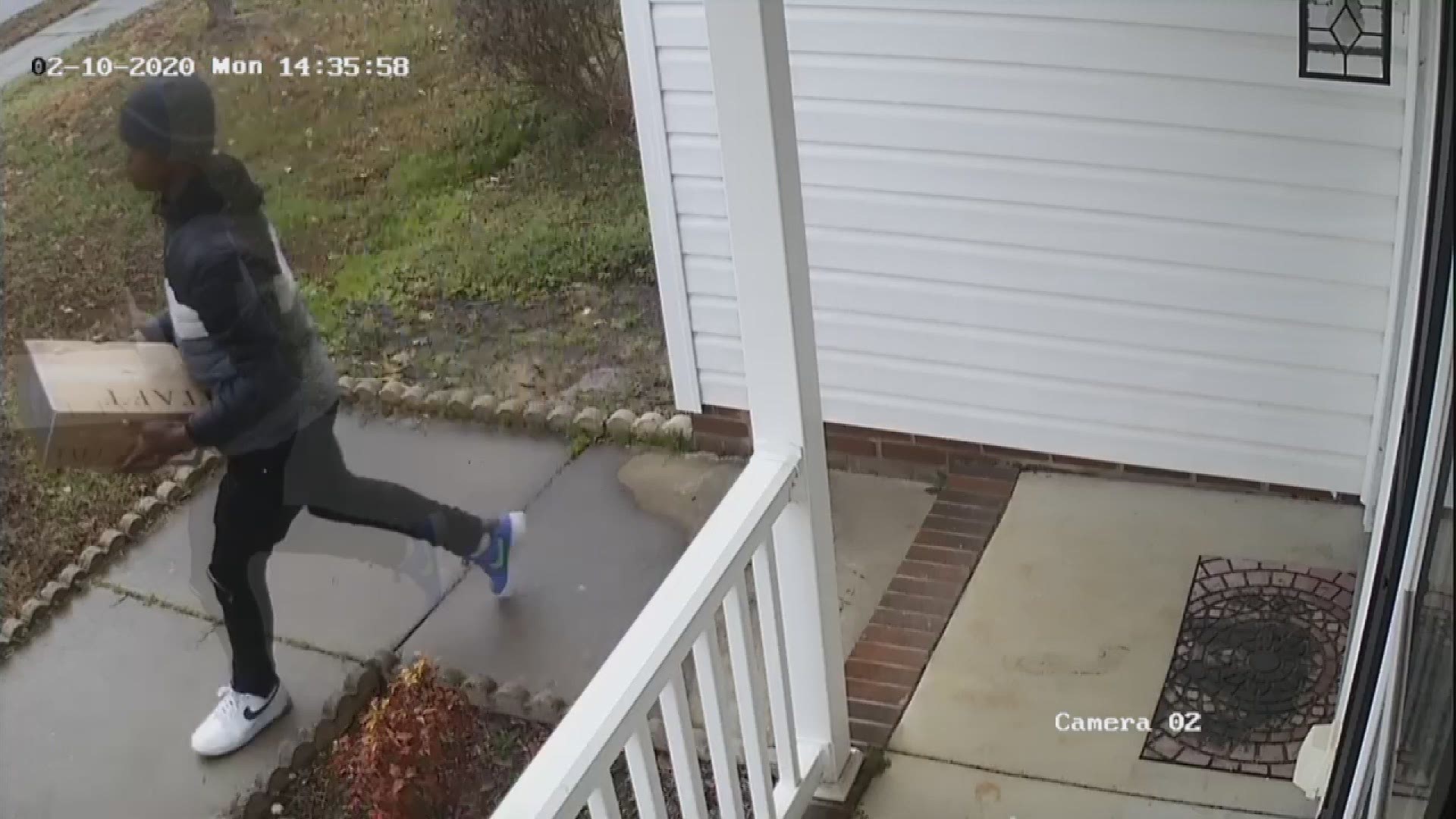 GREENSBORO, N.C. — Luis Mendoza says he was eagerly awaiting a new pair of boots that he ordered.

"I received a notification on FedEx that my package had arrived."

But when Mendoza returned home on Beaumont Avenue, his package was nowhere to be found. Luckily, he has home surveillance.

"I check my camera, my footage and I see a kid just swiped it off like 30 minutes before I got home."

In the video, you can see a group walk past his porch, then walk out of frame.

A minute later, one of them circles back to Mendoza's porch to snatch the shoes he spotted.

"It was just a pair of boots I bought."

He's being modest. They weren't just boots – they were boots he worked hard for.

"I saved up for those guys," Mendoza explained. "Kids do crazy things but it is unfortunate, it's super sad they had to go out of their way to scope it out and grab it."

He shared the surveillance video to warn his neighbors.

"I can't say I was angry, I was more frustrated."

He also called Greensboro Police. But Mendoza says he doesn't want the thief, who he assumes is a teen, to end up in a jail cell. He'd rather the lesson come from home.

"I don't know, it just sucks," Mendoza stated. "I just hope his parents see this and will be disappointed and, I don't know, hopefully, he'll learn something out of this."

He fears the suspect's next victim won't be as kind.

"I don’t want to press charges or anything, that’s not my goal here, it’s more like 'hey man, please don’t do this again.'"

Mendoza is working on getting a refund, but his ultimate goal is to get the original boots back. If you know who the suspect is, call Greensboro Police.

"It was a big surprise, I’ve been living at my home for three years now and it was the first time I ever had an issue like this."