Carol Folt said she authorized the removal of the base and commemorative plaques from the Confederate Monument site in McCorkle Place. 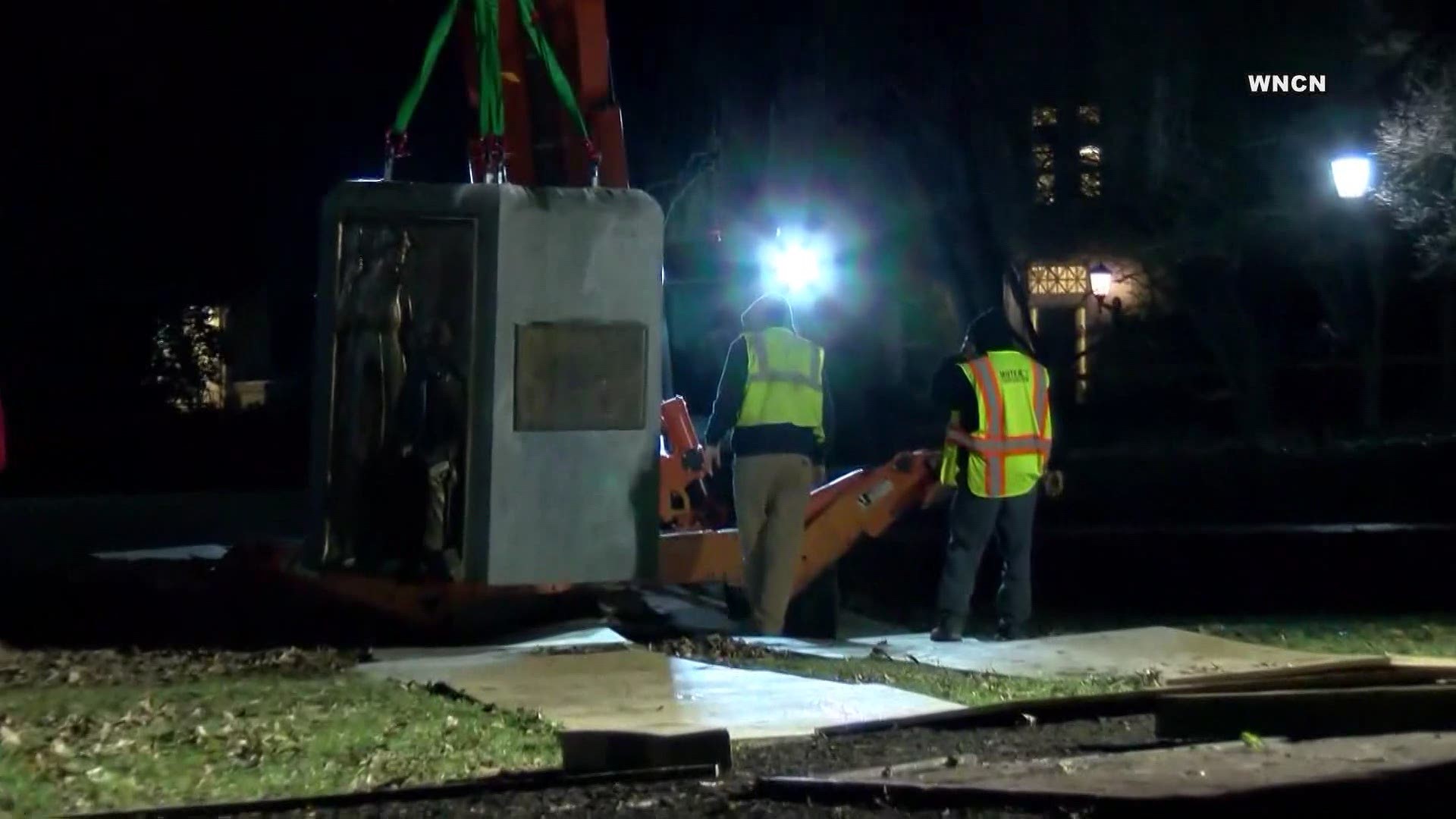 Those crews began working to remove the remnants of the monument before 12:45 a.m. Tuesday.

"Due to public safety concerns, the University is currently removing the base and plaques of the Confederate Monument for storage in a secure location. We ask people to avoid the area at this time," UNC said in a release.

In the same announcement of her stepping down, Folt said she authorized the removal of the base and commemorative plaques from the Confederate Monument site in McCorkle Place.

"As chancellor, the safety of the UNC-Chapel Hill community is my clear, unequivocal and non-negotiable responsibility. The presence of the remaining parts of the monument on campus poses a continuing threat both to the personal safety and well-being of our community and to our ability to provide a stable, productive educational environment," she said.

"I appreciate the Chancellor's actions to keep students and the public safe. North Carolina is welcoming to all, and our public university should reflect that," Cooper said.

The North Carolina Division of the Sons of Confederate Veterans expressed disappointment at the statue's removal in an emailed statement.

"The North Carolina Division of the Sons of Confederate Veterans is disgusted by the extent to which Chancellor Folt and the University of North Carolina will go to break our state's laws and ignore the will of the people," the statement reads. "Yet again, Chancellor Folt has violated the confidence of the people of North Carolina by ordering the removal of what remains of Silent Sam, UNC's Confederate memorial. First, she allowed Durham communists to tear the statue down, and now she is acting unilaterally to break the law and remove what's left so that nothing remains to honor the University's sons who died in the War Between the States. As the last act of a desperate woman on her way out, she has effectively erased the contribution and sacrifice of these brave veterans and the tribute paid to them by subsequent generations. Folt's legacy at UNC, which primarily consists of academic athletic scandals and a generally declining quality of scholarship, will now include race-baiting, historical revisionism, and illegal acts. We are eager to see her on her way and a failure by the Board of Governors and/or the Board of Trustees to immediately terminate her employment without waiting for the end of the school year would be a complete failure of their duties."