The restored park opened Friday bolstered by great weather ahead of the Memorial Day holiday weekend. 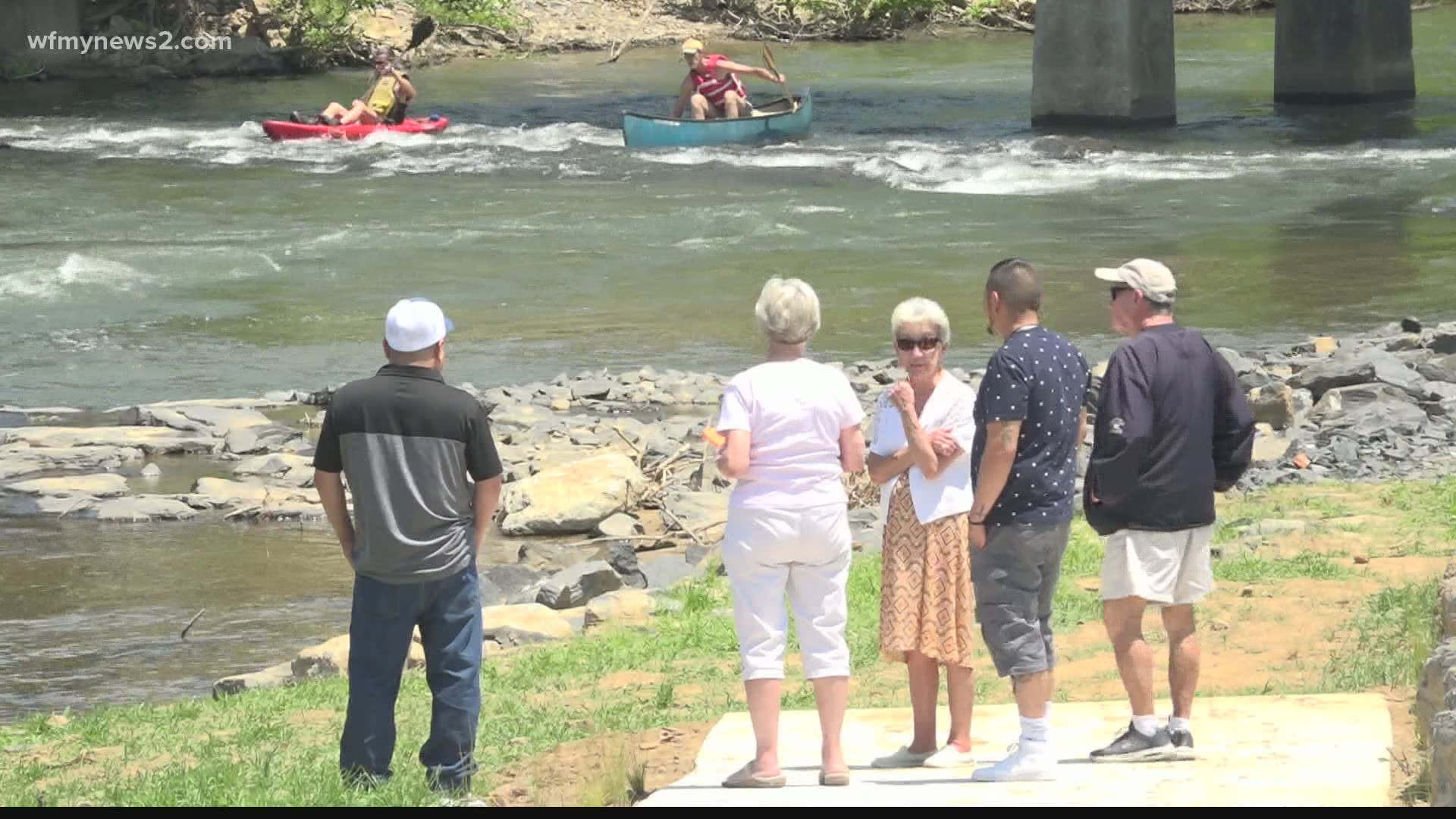 MADISON, N.C. — The Madison River Park in Rockingham County has gotten a major makeover. The restored park opened Friday bolstered by great weather ahead of the Memorial Day holiday weekend. Town leaders said they expect it to be a big boost to the economy.

"We are already getting numerous visitors to this area and we've become a destination. That's how I brand and market this area," said Mayor David Myers, Town of Madison.

"I'm so excited about this. It's going to be so great for the area," said Sharon Mosley, a Madison business owner.

"This is nice, this is a good Sunday afternoon project right here," said Jack Hearne who was visiting the park with his wife.

People living in Madison are psyched about the reopening and the restoration of the dam as a whole.

The Dan River is a source of water to the community but in 2017 a dam by the Lindsey Bridge began to fail and needed repairs.

"It was a problem that we took on and we repaired it with this concept," Myres said.

That concept is a new rock-weir system made with more than 10,000 boulders to mimic a natural dam.

Funding for the nearly $8 million project came from the North Carolina General Assembly, U.S. Fish, and Wildlife and private donors.

"It doesn't just help Madison, it helps Mayodan, Stoneville, and all of the municipalities in Rockingham County because we're so close together. So, whatever I do here is going to impact and help them and vice versa," Myers said.

"There's a lot going on in little old Madison. There's a lot of renovation, from businesses and restaurants opening up, so this is a fun time," Hearne said.

The upgrades would help make the waters safer for swimmers by reducing a "pull effect" in the river that was caused by the old dam.

It also opened up more than 50 miles of river passage for the federally endangered Roanoke Logperch fish.

"Anytime there's water or anything, as a matter of fact, there's always a possibility of danger, but I think they've addressed those issues well and with good training. I think will be fine, I think would be good," Mosley said.

"I would love to see no rescues have to take place on the river this summer. Enjoy it, be responsible, and have a good time," Myers said.

The NCDOT plans to replace the Lindsey Bridge in 2022.