The statue has been vandalized several times, but a recent shooting incident was the largely deciding factor. 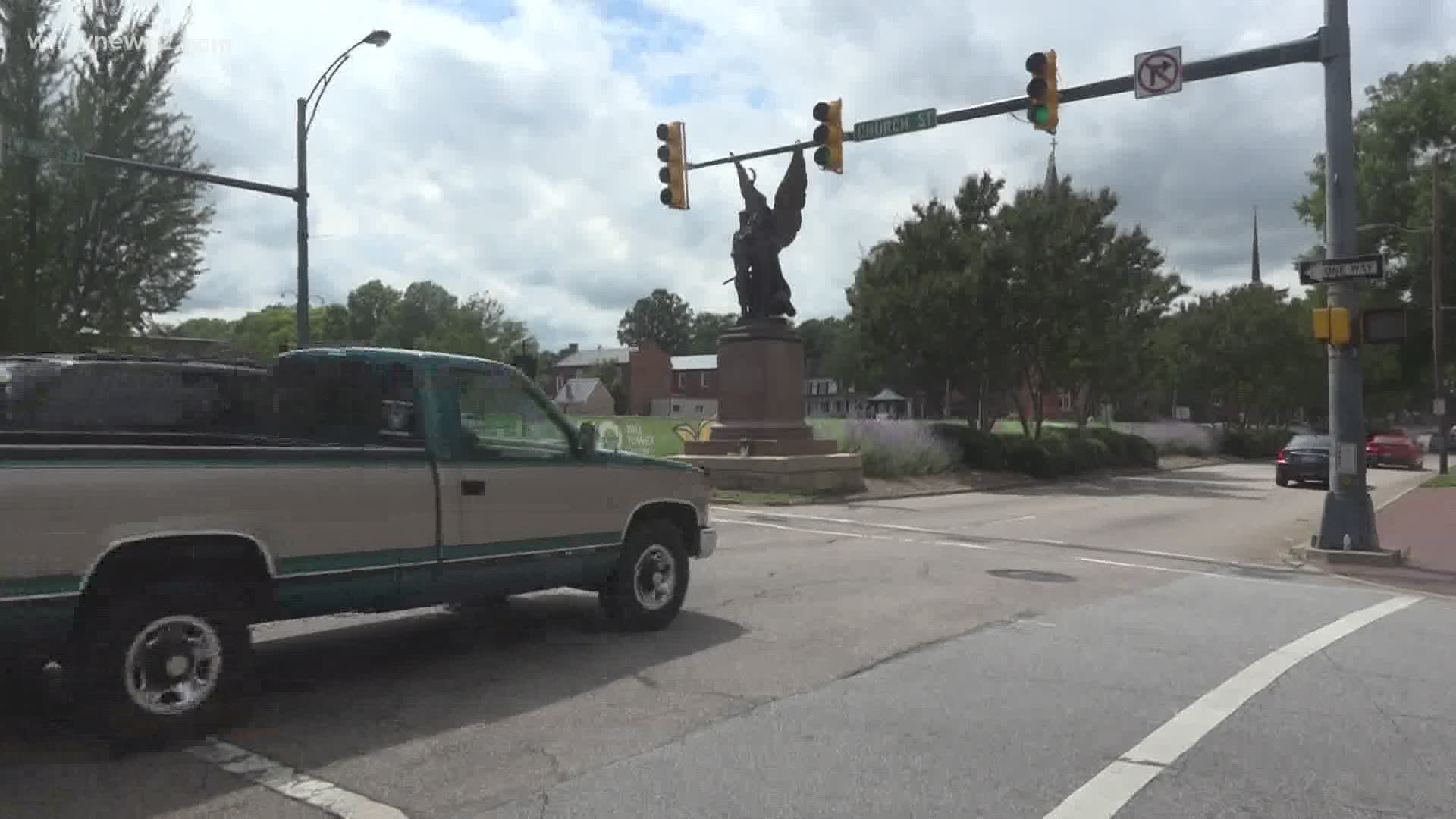 SALISBURY, N.C. — As confederate monuments continue to be torn down across the country by force, the City of Salisbury is taking its down by choice.

In a three-page affidavit, Salisbury Police Chief Jerry Stokes listed several incidents that he said posed a threat to public safety if the Confederate statue “Fame” is not relocated. Since August 2018, the statue has been vandalized several times, but a recent shooting incident was the largely deciding factor.

That affidavit was included Tuesday in a resolution the Salisbury City Council unanimously approved, securing the statue’s relocation.

"On May 31, we had someone come to our community from outside of our community with a gun to a protest, where emotions are high," Salisbury Mayor Karen Alexander said. "To actually discharge a weapon within our jurisdiction, within our downtown, is concerning to everyone."

Because the statue proved to pose a threat to the public, the city was able to bypass the 2015 historical monuments law that protects confederate memorials.

"However it's interpreted by the different sides, we could not any longer chance that a human life would be sacrificed at this point over a stone and bronze statue."

But, the city had to reach an agreement with the United Daughter's of the Confederacy (UDC) first because they own the statue.

She admitted it was hard to initially get in touch with the UDC, but they eventually came to a compromise.

"It was all very professional," the Mayor stated. "Because the UDC leadership actually signed the agreement five days earlier than the deadline we gave them of Friday, that gave us a week ahead to get something started so it's going to be really good for our community."

Mayor Alexander hopes other cities and towns can use Salisbury as a model of how to find common ground on controversial issues.

"It is possible that in a calm and peaceful way, we can come to an agreement and resolution that obviously requires a little giving on both sides."

The statue will be moved to Old Lutheran Cemetery where the Mayor said there will be appropriate historical context.

She said it will be taken down 'as soon as feasibly possible' but did not have an exact date. It will spend some time in storage before heading to its final destination that is currently being prepared.