The Tanger Center will host about 150 events a year ranging from concerts and orchestra performances to comedy and Broadway shows. 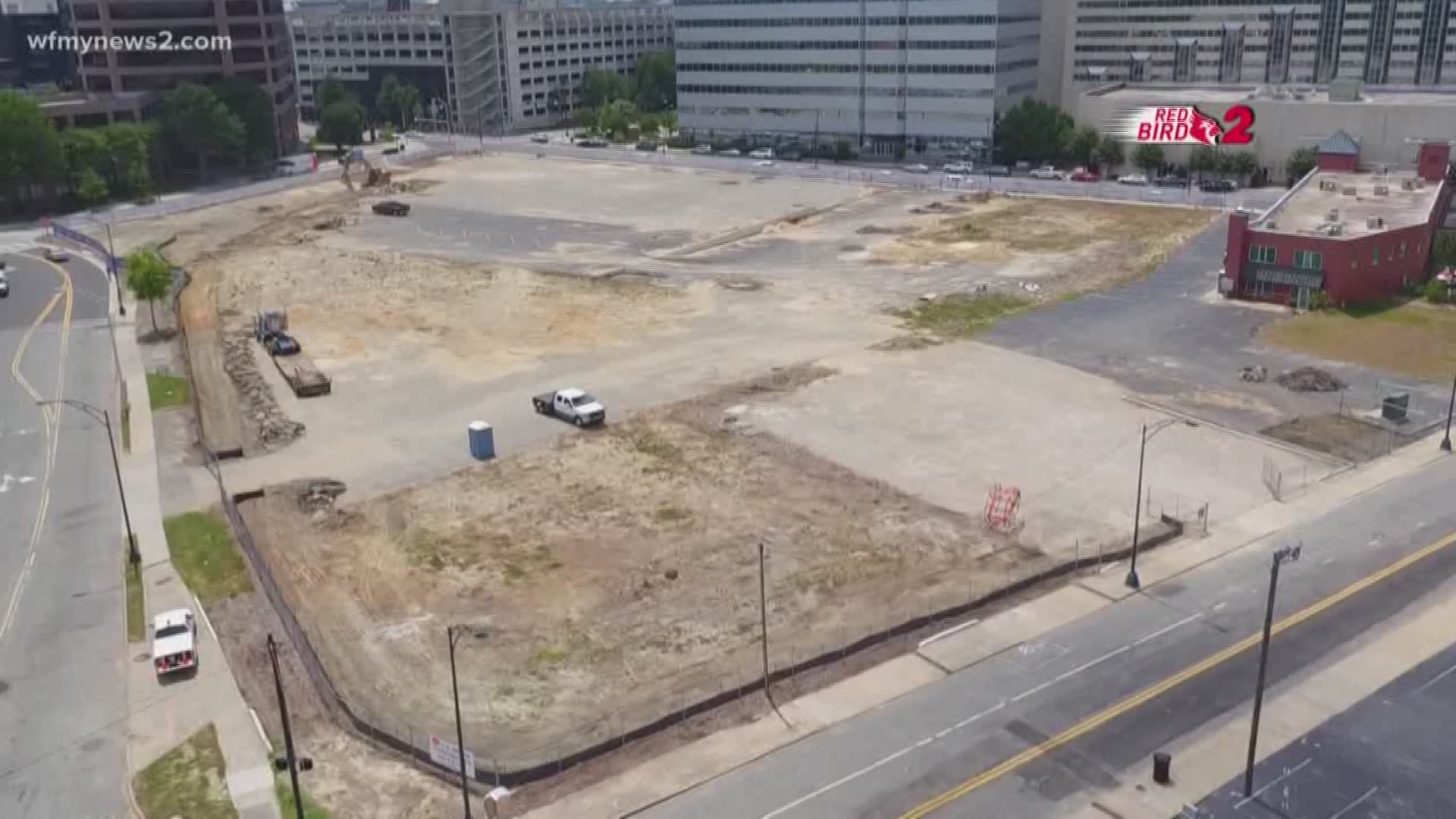 GREENSBORO, N.C. — Construction on the Steven Tanger Center For the Performing Arts Center is just one year away from being complete.

"The energy and the activity that will be created at Brenner place and Elm Street will activate this part of elm street and downtown Greensboro," Matt Brown says.

"It's a remarkable feat that will be viewed nationally by what we did to accomplish this," he says.

Brown says no matter where you sit, you'll have a great view.

"So every other row is offset by the person looking through your shoulder not looking directly behind that person," Brown explains.

Amenities include, an 8,000 square foot main lobby with glass and limestone wall, a second level outdoor terrace with views of LeBauer Park,two projection screens for enhanced viewing and two sound systems that adapt to the type of performance.

"We'll have one of the most unique sound systems in the country," Brown says.

The center will host about 150 events a year ranging from concerts and orchestra performances to comedy and Broadway shows.

It's expected to draw new shops, restaurants, and a lot of people.

"We are gong to be bringing 300,000 new people to downtown Greensboro every year minimally," Brown says.

If you aren't convinced on what a performing arts center can do for a city,  just drive 60 miles east to Durham.

She tracked DPAC's economic impact from the start.

"In the nine and half seasons since DPAC has been open, they have brought in about half $1 billion in visitor spending," Green says. "And that's just visitors not residents who frequent the theater."

To top it off, DPAC has seen almost four million attendees since it opened and brought $200 million dollars in tax revenue to the city.

"I think by any measure that you use, DPAC has been a resounding success." Green says.

Brown and his team are hoping for the same success ,adding a bold claim.

"The first two years of the Tanger Center Broadway series season will be the best ever for a new performing arts center ever." Brown says.

The first Broadway show to be officially announced is the smash hit musical, "Wicked."

"I mean the sets are incredible the talent is incredible and so you're really getting that New York experience, but not having to fly to New York to see it you're going to see it right here in the Triad," Jennie Lanning, Tanger Center's marketing director says.

Brown hopes the Tanger Center will put Greensboro on the map.

"This will be the magnet for our entire region delivering all kinds of entertainment," Brown says.