Since the 1920s, 10 Greensboro police officers and one detective have died in the line of duty. 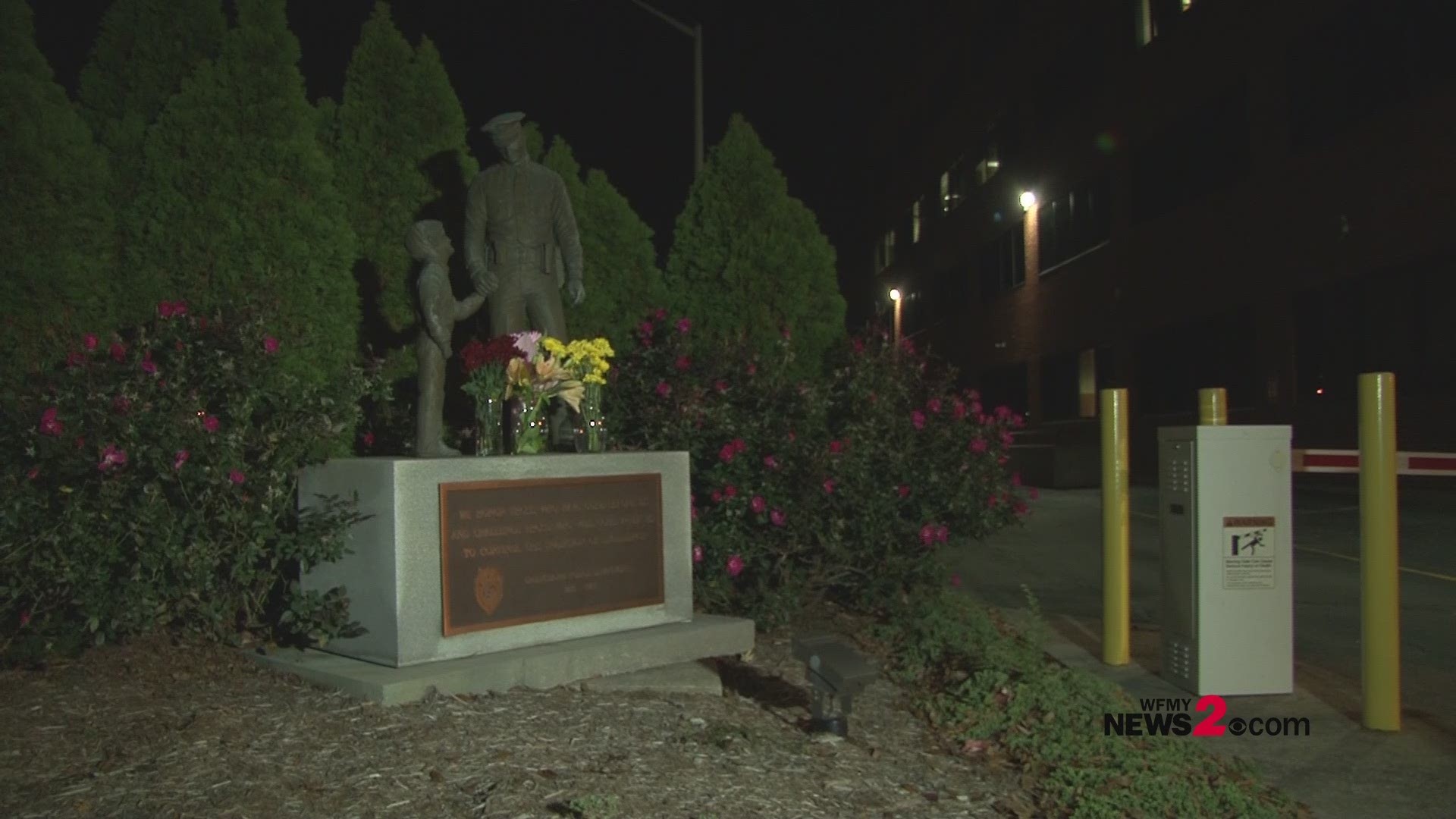 GREENSBORO (WFMY) -- Police work comes with its sacrifices for many in law enforcement, including, for some, their life. Jared Franks' death last weekend is a tragic reminder of the price some officers pay to protect and serve.

Franks was the first Greensboro Police Department employee to be killed in the line of duty since 2001 and the first officer since 1992.

Since the 1920s, 10 Greensboro police officers and one detective have died in the line of duty. Five died from shootings and seven of them were under the age of 30. Two of them, including Franks, died in a crash. Two others in a vehicle pursuit.

All 11 were men. Here are their stories:

RELATED | What We Know About Jared Franks, First Greensboro Police Officer To Die On-Duty In 17 Years

Police Officer Jared Franks, 24 - died Nov. 10, 2018: Franks was killed in a crash while responding to a robbery call. Franks' car collided with another patrol car at an intersection before striking a house.

Detective David Taylor, 35 - died Aug. 7, 2001: Taylor died of heat exhaustion while testing surveillance equipment on a cell phone tower. Taylor and a federal agent scaled the cell phone tower in 100-degree heat and were testing equipment about 150 feet above the ground.

Police Officer Michael Gray Winslow, 21 - died June 27, 1978: Winslow died in a car accident on I-40 while responding to help another officer. Winslow swerved to avoid another car and hit a bridge support in the highway median.

Officer Joseph Gibbs Cooper, 23 - died Aug. 23, 1970: Cooper died one week after a car accident from a vehicle pursuit. The car Cooper was a passenger in hit a utility pole at the intersection of Lee Street and Springs Street.

Officer Edward Ford, 24, - died June 8, 1962: Ford was talking on the phone while a prisoner he had just arrested grabbed his service weapon and shot him.

Corporal Joe R. Massey, 42 - died May 31, 1959: Massey was shot and killed by a man whom he had written a ticket for earlier that night. Massey was sitting in a service station when a man approached him and shot him six times.

Officer Elmer E. Honeycutt, 31 - died June 15, 1924: Honeycutt was shot and killed while searching for rum runners and gamblers in town with another officer.

Officer Andrew C. Calhoun, 28 - died May 29, 1921: Calhoun died in a motorcycle accident while trying to stop a speeding vehicle.

Officer William T. McCuiston, 53 - died May 4, 1921: McCuiston was shot and killed instantly when he and another officer tried to size a car with whiskey and three men inside.