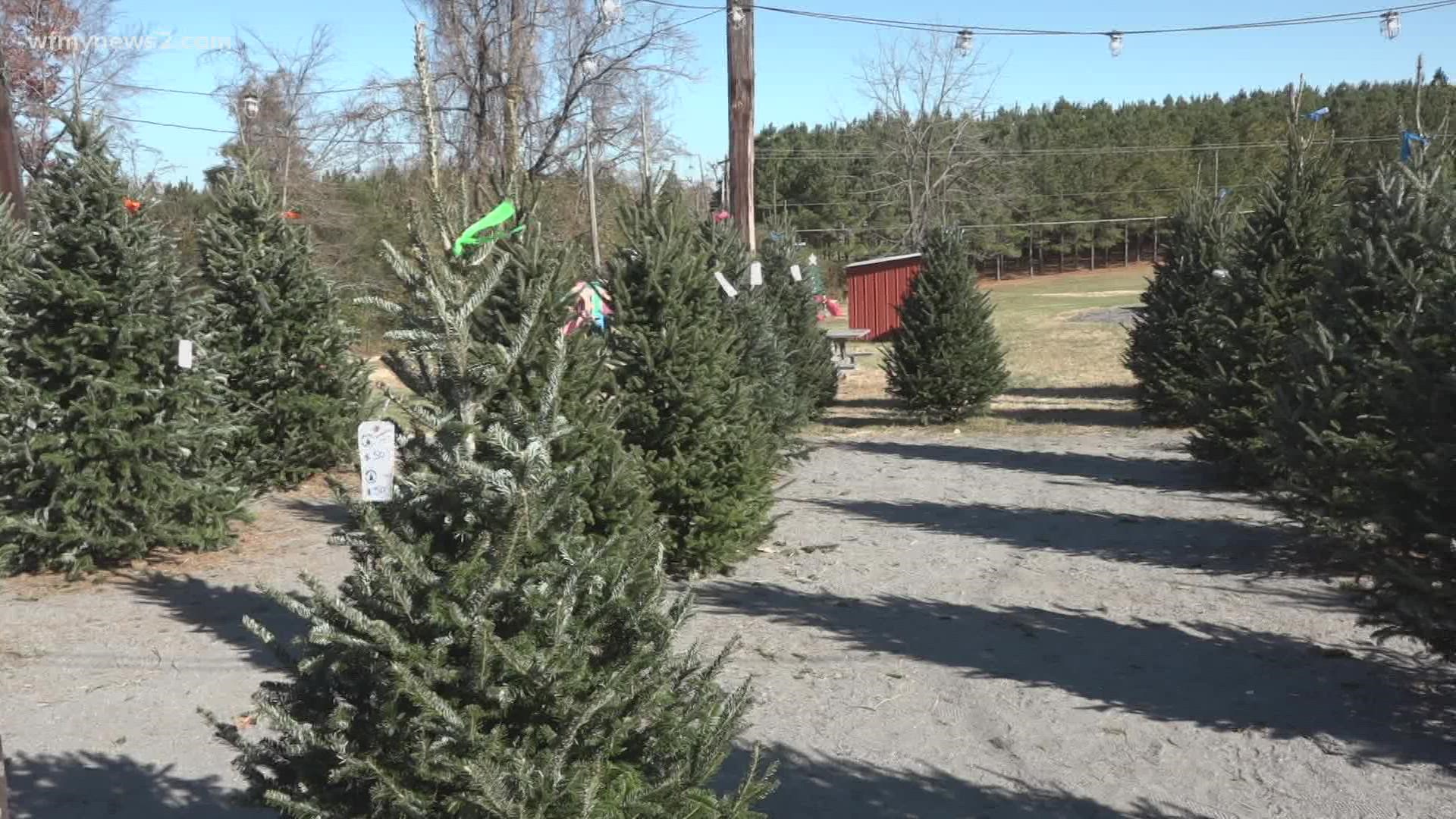 GREENSBORO, N.C. — This week is about the time people start shopping for Christmas trees.

If you want a specific Christmas tree, farmers and sellers recommend you don't wait until the last minute. We're told supply chain issues and environmental problems have caused a shortage.

Kevin Gray with Hickory Creek Farm in Greensboro said keeping up with demand hasn't been easy.

Gray said wildfires and droughts along the west coast this year play a part in the shortage.

"More trees from North Carolina have been shipped to the west coast leaving less on the east coast for supply," he said.

Gray said The Great Recession that started in 2007 also impacted this year's shortage. That's because he said there weren't many trees planted.

"Your typical seven to eight-foot tree takes about 15 years to grow from seed, so, there weren't many trees planted then," Gray said.

Because of these issues, he's raised prices of his most popular tree, the Fraser fir, up to ten percent.

Cole said finding employees to help harvest the trees has been tough.

"I use to have five guys that would help, and now I have two," he said.

Cole sells trees at a location in Kernersville and said they've had to prepare to sell a little earlier than normal.

"We had to make sure we had trees down here and we also have a lot in the farmers market in Raleigh. We have to make sure my brother, he runs it, has enough trees also," he said.

Both businesses expect it to be busy this weekend.

Cole said it's best people don't wait until late December to find a tree because it's less likely it'll be the one you'd want.