Several people in the Triad have reported packages and some mail taking longer to arrive from the USPS facility. 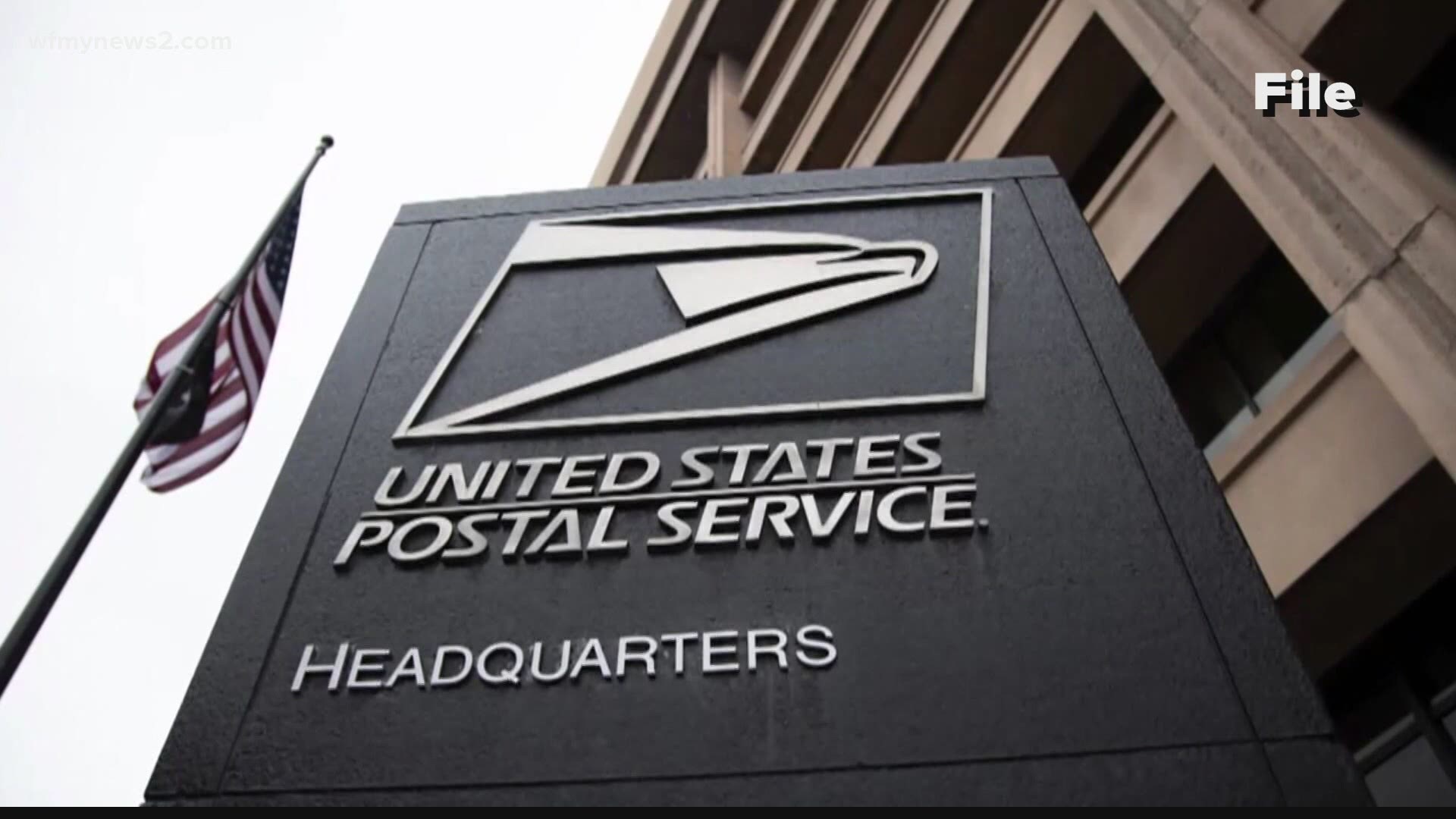 GREENSBORO, N.C. — It's the holiday season which already means an influx of packages being shipped. With the challenges brought on by the global pandemic, many are worried their gifts and purchases will not arrive in time for Christmas.

Several people have sent emails to WFMY News 2 complaining they have tracked their delayed packages to the USPS facility in Greensboro. They said the tracking system shows packages stuck there for days. Some said they have called customer service or gone to the post office themselves to try to get help finding the packages.

RELATED: 2WTK: Shipping deadlines you need to remember for Christmas

"In the past three weeks, things have gotten extremely bad. I sent a perishable item priority two days and it took five days and the item perished because it sat in the Greensboro distribution center for three days. Every single one of my packages in the past three weeks has either been not delivered or lost," wrote Anne-Marie Castillo of Greensboro.

"Things will get marked delivered but when I go to my mailbox nothing is there," Castillo said in an interview Friday.

She is among many statewide who have waited longer than the stipulated delivery time for overdue packages.

"Three of those are marked in transit and arriving late and the other one says it departed a regional facility but it still hasn't made it to the post office or to me," she said.

She said one of the packages is no longer traceable and she's gone to the post office several times for answers.

"The bigger issue that I have is that no one is saying what's going on when I go to the post office," Castillo said.

When asked about package delays in the Triad, a USPS spokesperson sent this statement.

"The Postal Service appreciates its customers and always strives to provide the best possible service to them. We are looking into the issues that you have brought to our attention and apologize to customers for the inconvenience. Customers are encouraged to contact a postal representative about mailing or shipping questions, including contacting a supervisor or manager at the local Post Office. Contact information for Post Office locations can be found by searching for quick tools at www.usps.com. Other options include calling Greensboro District Consumer Affairs at (336) 668-1375, calling 1-800-ASK-USPS (1-800-275-8777), contacting @USPSHelp on Twitter, or visiting our website at www.usps.com/help."

Castillo said folks who have packages to send, whether they are for the holiday or just routine product shipments, will need to plan early to avoid the bottleneck.

"I am thinking that it's about to get exponentially worse a lot of Christmas gifts will probably be received after Christmas," she said.

Shipping agencies have also advised the same and have urged folks to shop early so your packages can get to you and mail gifts out early too.

USPS, Fed Ex, and UPS all list Dec. 15 as one of the last days to mail packages if you want them to arrive by Christmas.

In addition, USPS recommends you send your packages by these dates to get them delivered in time for Christmas: 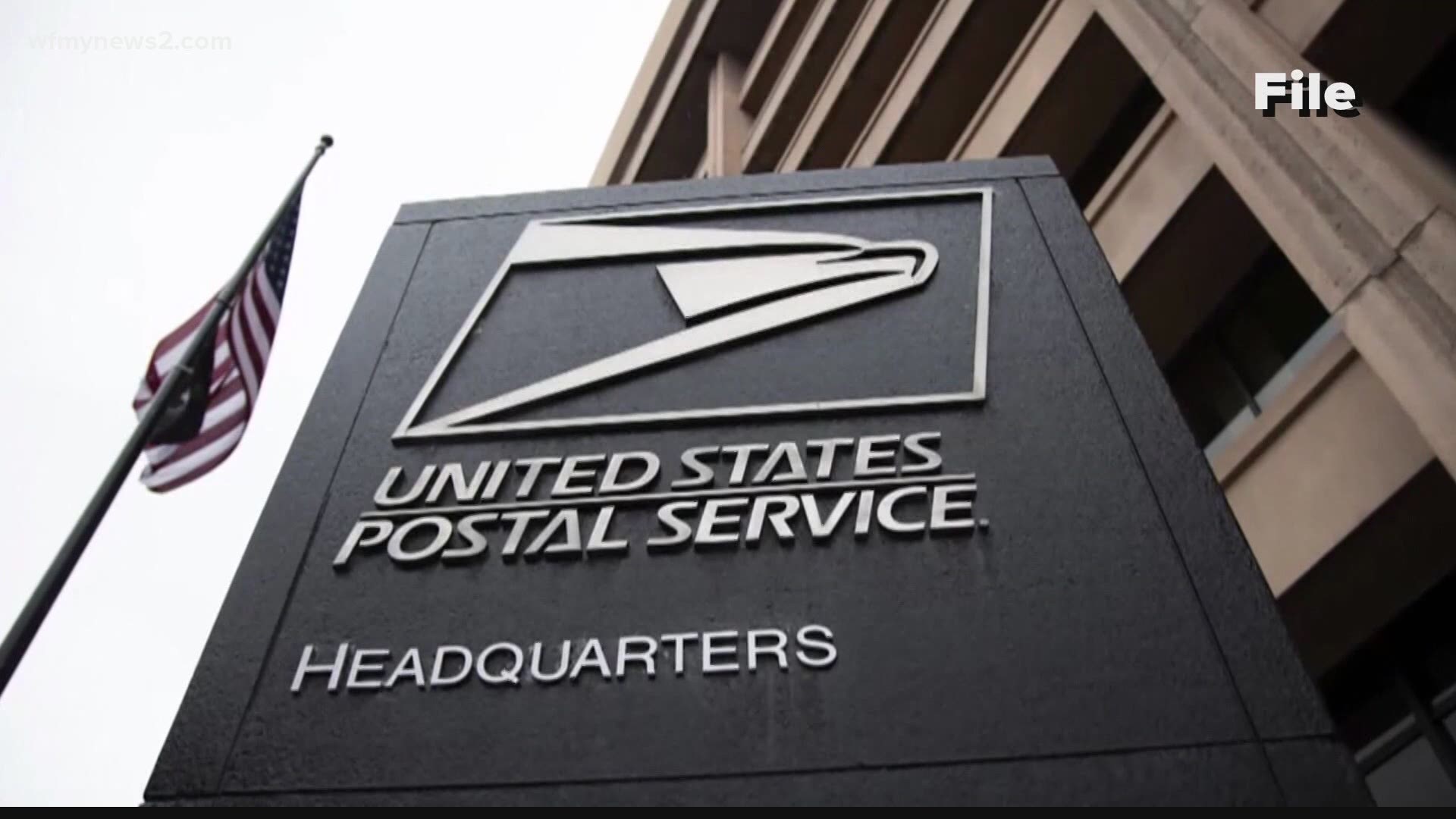