A statement on VF's website read that its Board of Directors intends to separate the company into two independent, publicly traded companies. 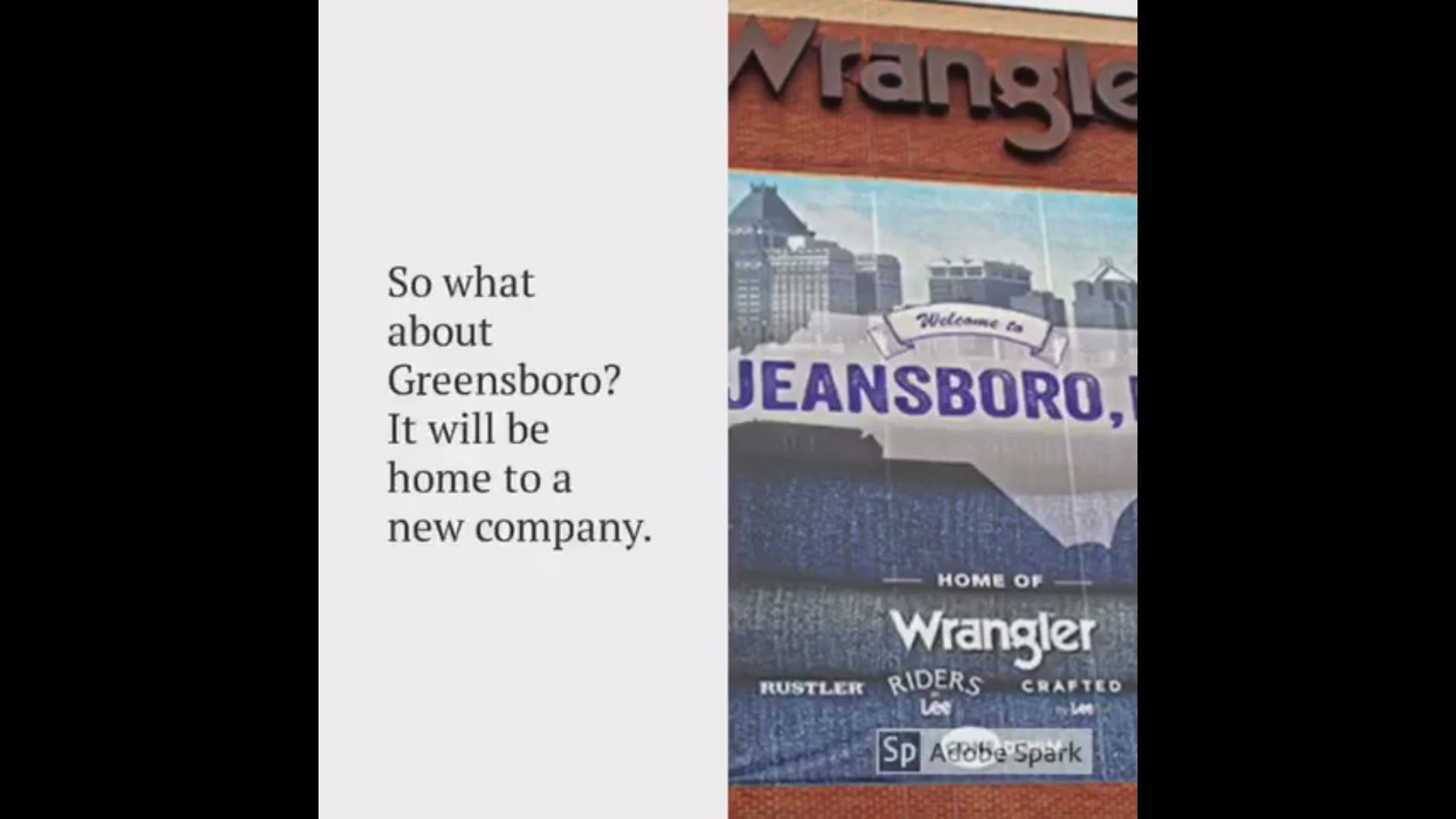 VF's website says the plan is to move VF’s global headquarters from Greensboro to Denver. The Denver headquarters will also become home to VF brands such as The North Face, JanSport, Smartwool, Altra and Eagle Creek.

RELATED | 7 Things You May Not Know About VF Corp.

A statement on the website said a Board of Directors intends to separate the company into two independent, publicly traded companies: VF Corporation, a global apparel and footwear company, and a yet-to-be named company (NewCo), which will hold VF’s Jeans and VF Outlet businesses.

Greensboro Mayor Nancy Vaughan says VF is taking 85 jobs with it, but NewCo will bring 85 jobs at the executive level.

VF President and CEO Steve Rendle wrote "VF is proud of our Greensboro roots and we will maintain a strong, ongoing employment presence there with hundreds of associates who will continue to support VF and our brands worldwide." in a statement on the company's website.

"On behalf of the City of Greensboro, I want to thank VF Corporation for calling Greensboro home...The impact VF has made on this community is immeasurable and that will continue as it will keep a number of its teams here in its Greensboro office,” said Greensboro Mayor Nancy Vaughan. “We are happy though that VF will keep its Wrangler® brand in Greensboro and it will be joined by the Lee® brand, who will move its headquarters to Greensboro from Kansas City. Wrangler® and Lee® will form a new company, headquartered in Greensboro, now being referred to as NewCo. We look forward to a long relationship with this new venture.”

VF Corp. currently employs around 1300 people in Greensboro. The vast majority of those jobs are staying in Greensboro along with the new spinoff company.

Brent Christensen, President and CEO of Greensboro's Chamber of Commerce calls VF Corp. an incredible corporate citizen and says the spinoff reassures their commitment to the Gate City.

"There’s no net job loss here," he explains. "The company has recommitted itself to Greensboro and has put future emphasis on its jeanswear brands and we’ll get a brand new Fortune 500 company out of that strategy."