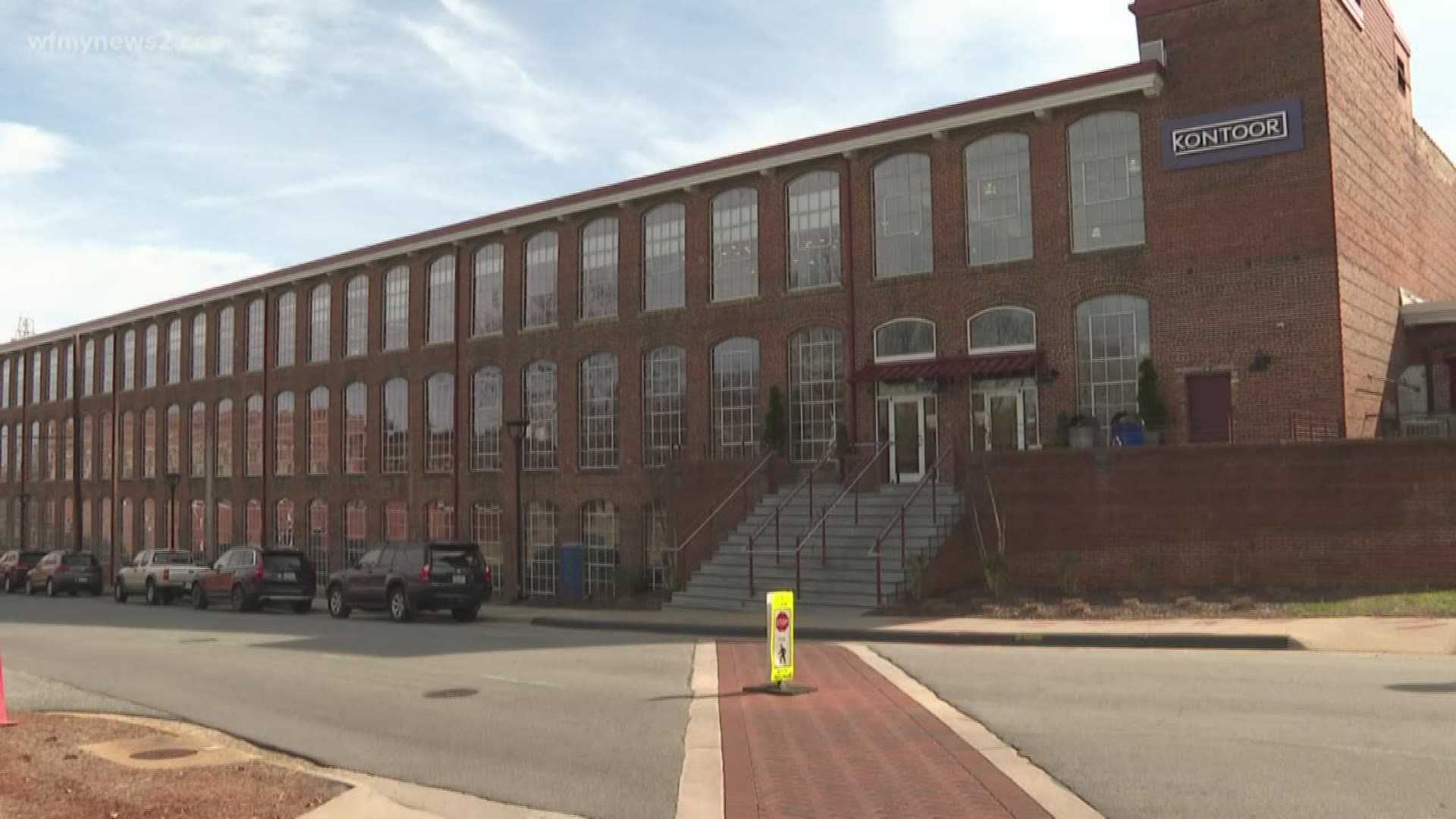 GREENSBORO, N.C. — On the Kontoor Brands campus in downtown Greensboro, you'll see constant motion. Most every day of the week, a photoshoot is taking place. During WFMY News 2's recent visit, male models wore shorts and short-sleeved shirts that will debut in the summer.

At the design center at Revolution Mill, employees are preparing for next year.

"I just finished spring 2021 so we're about to start on fall 2021," said Betty Madden, Lee's Vice President of Design.

The staple of Lee and Wrangler designers is the five-pocket jean but their creations go far beyond that.

Those creations will be shipped across the globe.

"This was a denim town so we're here and thriving in this community and making sure we are keeping denim alive in Greensboro. It's really fun," said Tom Waldron, Wrangler's Executive Vice President and Global Brand President.

Kontoor was formed when VF moved its headquarters and 85 executive jobs from Greensboro to Colorado. Wrangler and Lee spun off to create Kontoor. Waldron admits the announcement was a surprise.

"It was shocking for all of us when it came out."

Kontoor has replaced those VF jobs and then some. It's hired more than 200 workers in the Triad including Lee's Executive Vice President and Global Brand President Chris Waldeck.

"I can tell you the city has been absolutely fantastic. The people of Greensboro have really embraced the employees that have moved over," said Waldeck.

Designers Rivetti and Madden are also new residents of the Triad.

"Being down here in Greensboro is the most creative environment I've ever been in... I love being in this environment," said Rivetti.

"I think it's a quaint, sophisticated, interesting city with such a cool history especially for denim and textiles," said Madden.

Kontoor is less than a year old and has already grown. It opened the Lee and Wrangler Hometown Studio, a retail store in downtown Greensboro. Its new photo studio is used to create high-resolution images of their clothing to be featured online. The company also opened offices at Revolution Mill which is home to the company's global merchandising, design, product development, and innovation teams.

"Just walking in the door is inspiring every day to me," said Madden.

In all, about 1,500 people work for Kontoor in the Triad. Here's the breakdown: 800 at world headquarters at on North Elm Street in downtown Greensboro; 150 at Revolution Mill; 200 at a service support center on South Elm Eugene Street; and 350 workers at a distribution center in Mocksville.

"When people move in from outside whether it be from New York City, we bring a lot of talent in. They get here and they don't want to leave," said Waldron.

Kontoor may be a new company but their brands are steeped in history. Lee is 130 years old and Wrangler is over 70 years old. You probably recognize their fashions and the famous people who wore them. Actor James Dean wore Lee jeans in 'Rebel Without a Cause.' Actor Bob Denver wore Wranglers on 'Gilligan's Island.'

They are brands with a rich past and a company committed to the future in the Triad.

"This is a natural place for us to be. We're proud to be here. We're here to stay to build a great corporation together with the city," said Waldeck.