What we know about the four protesters arrested in Greensboro

A citywide curfew was in place for Greensboro and police warned the protesters repeatedly they would be arrested if they failed to leave the area of the protest. 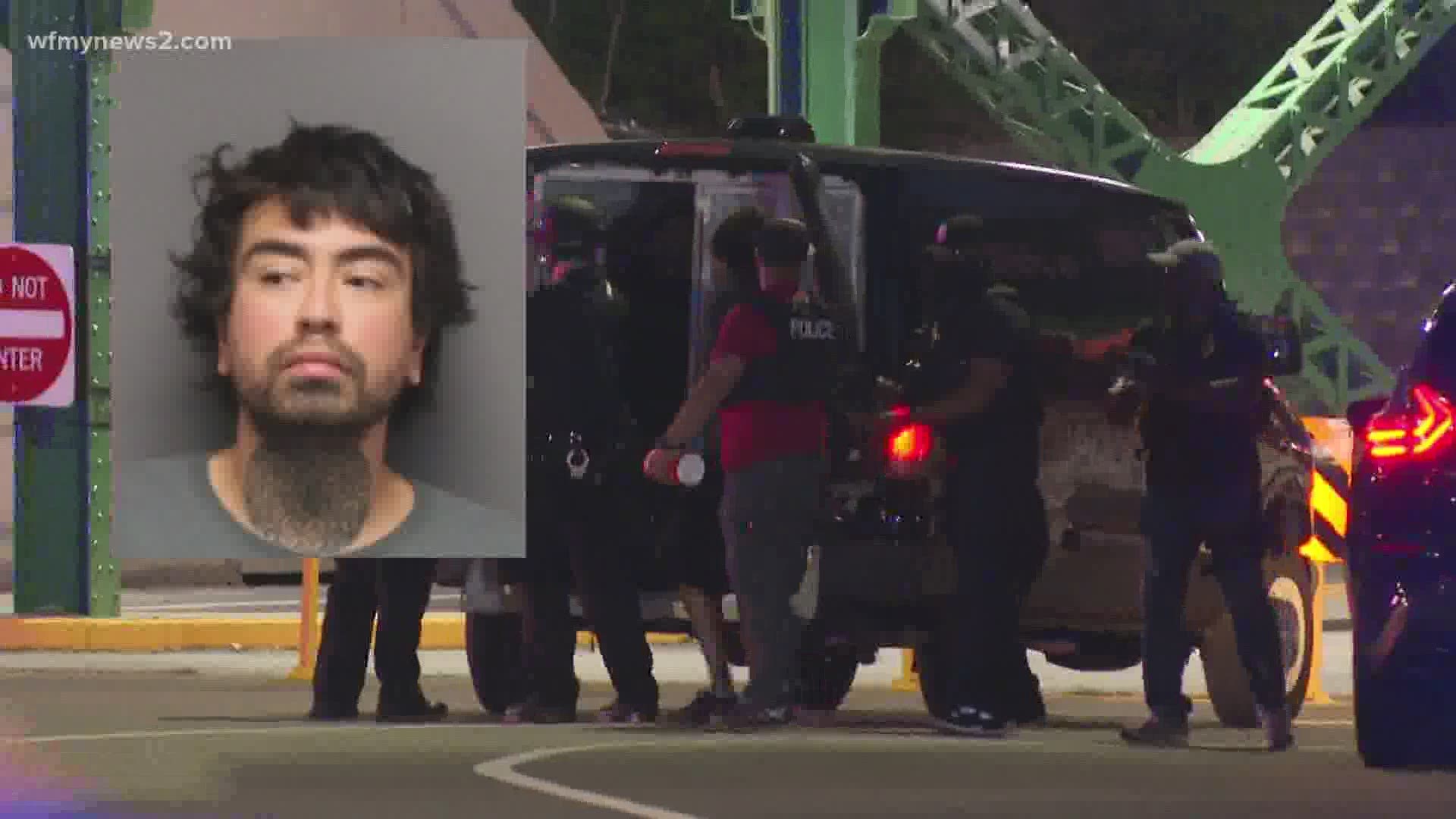 GREENSBORO, N.C. — Four people were arrested Monday night following a protest in downtown Greensboro. A citywide curfew was in place for Greensboro and police warned the protesters repeatedly they would be arrested if they failed to leave the area of the protest.

WFMY News 2 found out more information about the four protesters arrested and their charges.

Victor Andres Barrios, 33, of Greensboro was charged with misdemeanor violation curfew, resisting, and felony possession of a weapon of mass death and destruction. Police said he was arrested without a warrant because there was probable cause to believe he had a weapon of mass death and destruction by having a Molotov cocktail in his possession which is a flammable liquid in a bottle. Barrios' $1,000 bond was posted and he was released. His next court date is July 2.

Barrios has a criminal background that includes assault on a female, driving while license is revoked, operating a vehicle without a license, and DWI stemming from 2018 - 2010.

Troy Herring, 21, of Greensboro was charged with violating curfew. His $100 bond was posted and his next court date will be Sep. 15.

Jett Shiuan-Su Chiang, 21, of Stokesdale was charged with violation of curfew. His bond was set at $300 and his next court date is Sept. 15.

Malik Perry Davis was arrested after he climbed a statue in downtown Greensboro following the protest that was dispersed. Greensboro fire crews used a ladder truck to remove Davis from the statue before he was arrested. His address is listed in Jacksonville in Onslow County, but he said he was from a mix of Greensboro, Jacksonville and Greenville and Hawaii. According to social media, he lives in Greensboro. He was charged with curfew violation and his bond was set at $500. His court date is Sept. 15.

RELATED: 'I fear the cry of the people is being drowned out' | Gov. Roy Cooper addresses unrest, activates National Guard